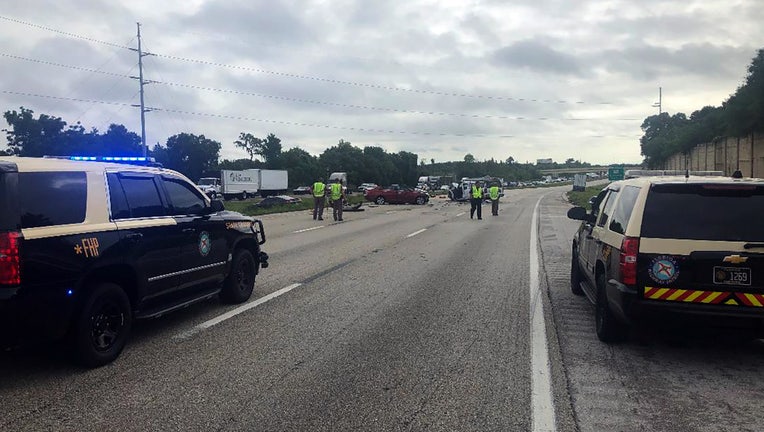 FHP troopers say the first crash involved four cars and a tractor-trailer on I-4 near exit 31, which is Kathleen Road. A 22-year-old Lakeland woman was changing lanes westbound when she clipped the front of a car behind her. Both cars spun into the median but hers continued through the cable barrier and slammed into eastbound traffic.

A few miles east, a tractor-trailer hauling sweet potatoes westbound was unable to stop in time for the slow traffic. The driver lost control and overturned, blocking exit 33. He suffered minor injuries. 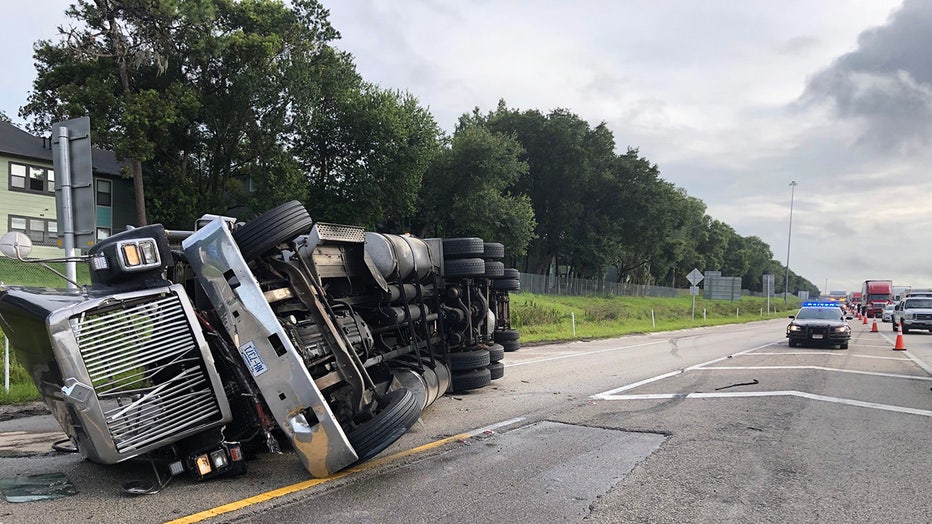 FHP photo of the crash at exit 33.

Both directions of the interstate had reopened by 11 a.m.