LARGO, Fla. - Shereman Davis thought she may never walk or talk again, but Tuesday, the 42-year-old mother of three took the final steps toward going home.

She has been in the hospital for six months after battling COVID-19 plus failures of her kidneys and heart.

"The low point for me was when I thought I was just going to sleep and when I woke up I was on a ventilator," Davis recalled.

She thought she might die, but she also thought of her children. She has three boys, ages 20, 11, and 8. She worried most about the two younger ones.

"Because they don’t quite understand it all. They just know mommy is gone," she said.

She went into the hospital around Christmas. 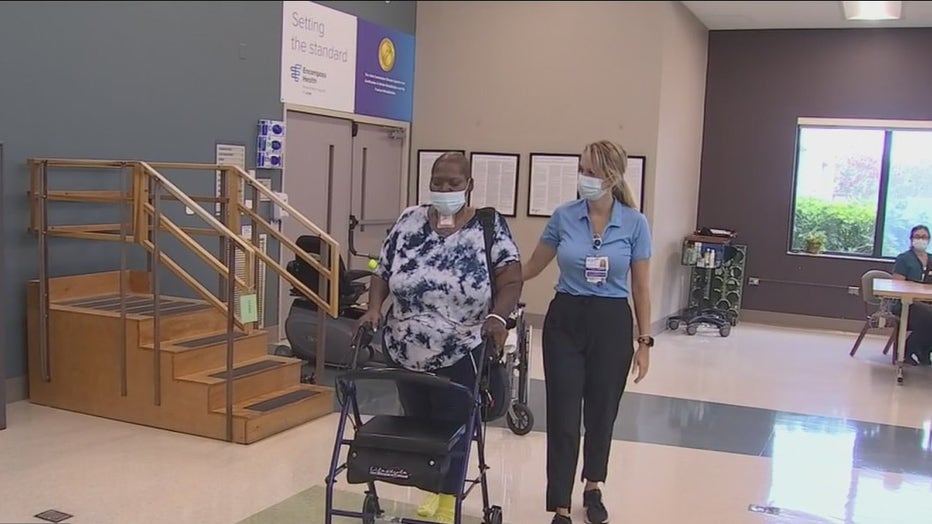 Shereman Davis has been in the hospital for six months after battling COVID-19 plus kidney and heart failures.

"There was a lot of times we didn’t think she was going to make it," her father, John Davis, told FOX 13.

But John and his wife, Ivory wouldn’t let their daughter go.

Shereman has come a long way in the last two weeks of rehabilitation, too.

"She’s made so much progress and pushed herself so hard to get stronger and improve her endurance," said Lisa Magliarditi, a doctor of physical therapy at Encompass Health Rehabilitation Hospital of Largo. "To put in the work and to see those results in such a short amount of time is incredible."

The experience has changed Shereman’s outlook on time.

"Because you can’t take life for granted," she said. "It can be gone just like that."

As she left the hospital, she said she planned to spend the evening at home with her family for the first time in six months.