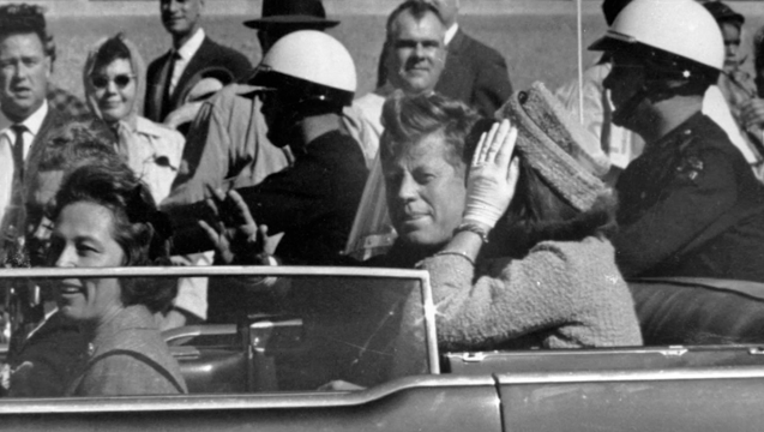 WASHINGTON (AP) - President Donald Trump is being coy about what people will see from long-secret JFK assassination-era files.

A 1992 law requires the release Thursday of all files that are still hidden on Kennedy's killing on Nov. 22, 1963. Only the president can decide to hold some back.

Trump's tweet on the eve of the release did not tip his hand. He merely noted that the files are coming out and added, "So interesting!"

Scholars and sleuths want every scrap of information out on that crucible of history. But intelligence agencies are said to be pushing back against complete disclosure.

Whatever documents emerge, they're not expected to give a definitive answer to the question in many minds: whether someone other than Lee Harvey Oswald was also involved in the assassination.

The records can be found on the National Archives and Records Administration website: www.archives.gov/research/jfk/2017-release.