ST. PETERSBURG, Fla. - An armed demonstrator is accused of throwing an object at St. Petersburg's police chief on Wednesday night after the crowd was asked to use the sidewalk rather than blocking a street, officials said.

The man then threw an object at Chief Tony Holloway and a major, the agency posted on Twitter.

Police arrested the man, identified as 26-year-old Abraham Quraishi, and found he was carrying a loaded semiautomatic pistol in his waistband. Investigators said he does not have a concealed carry permit.

Officers had asked the group protesting police killings of African Americans to use the sidewalk so they could open the street they were on to traffic, the agency said. 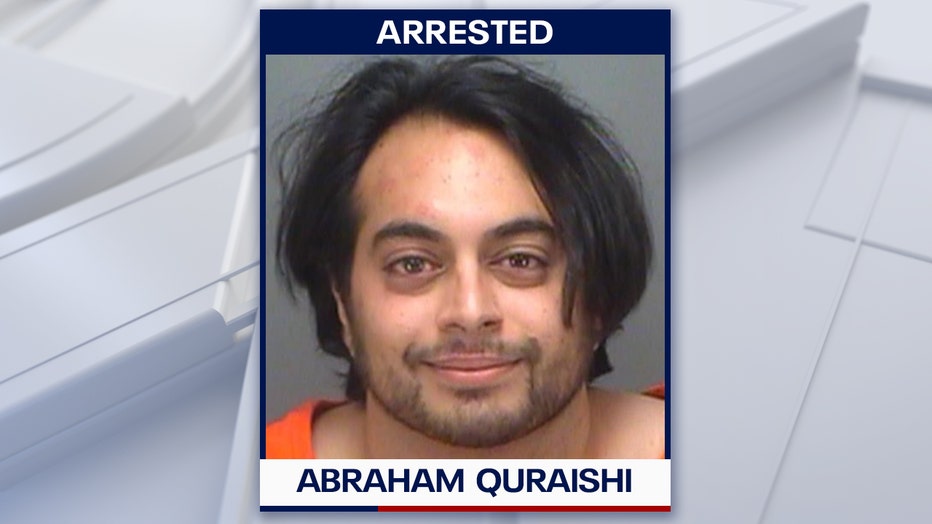 Quraishi is charged with inciting a riot, carrying a concealed firearm while in the commission of a felony, unlawful assembly and resisting arrest with violence. He is being held without bond.

Marches in St. Petersburg have been mostly peaceful. However several times police declared an unlawful assembly late Tuesday night when a crowd gathered outside the police department. Officers tossed smoke grenades on the front landing to disperse the crowd. Someone in the crowd threw fireworks or mortars back at the building and police arrested 23 people.