A police officer in Maine had to shift lanes to avoid a head-on collision with a suspected drunk driver on Thursday. (Credit: Old Town Police Department via Storyful)

MILFORD, Maine - A suspected drunk driver was taken into custody on Thursday after a near head-on collision with an Old Town police officer.

Police haven’t released the identity of the suspect, but they released dashcam footage of the incident. Police said Officer Brasslett was driving on the Old Town/Milford Bridge when she saw the suspect veer into oncoming traffic.

The officer shifted her patrol car into the opposite lane, avoiding a wreck with the suspect. Brasslett then turned around and pulled the suspect over. 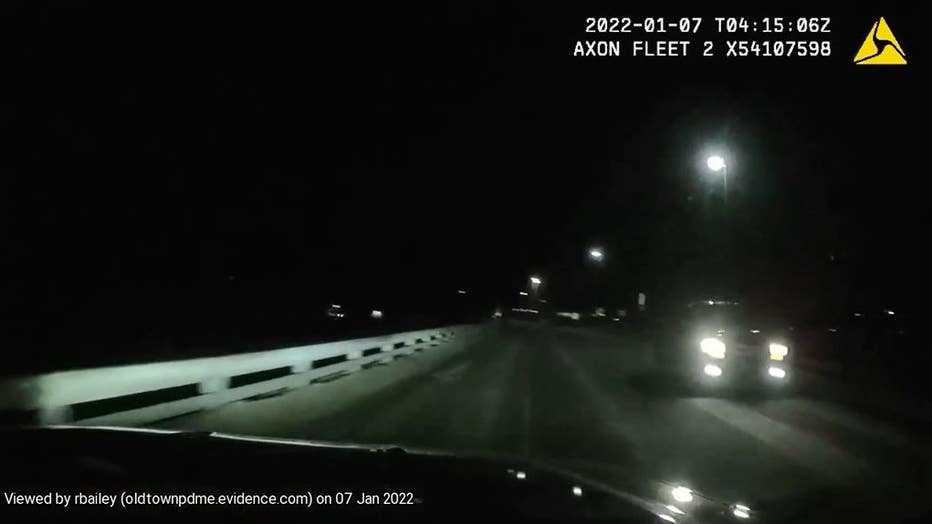 Police haven’t released the identity of the suspect, but they released dashcam footage of the incident. (Credit: Old Town Police Department via Storyful)

Authorities said the suspect underwent a field sobriety test and was subsequently arrested.

"As always, we want to remind people of the seriousness of driving while intoxicated," police stressed in a Facebook post. "There's no excuse for it and it's preventable."

The department applauded the majority of drivers who "are responsible and don't engage in this reckless behavior." But they pleaded with the ones who do to rethink their decision and, "understand that you're not just putting your life at risk, but the other drivers on the road who want to get to their destinations safely."