LUTZ, Fla. - A man and his dog are dead following an overnight mobile home fire in Lutz.

The blaze ignited around midnight at a home along South Grove Loop in the Lake Como nudist resort.  The view from SkyFOX showed the home was completely gutted. It is considered a total loss.

"Once they made interior attack in the home, got the hose line stretched out they go in the front door, it is about 30 seconds later they found the victim, pulled the victim out, attempted life-saving intervention. But those interventions were not successful," said Pasco County Fire Rescue spokesperson Corey Dierdorff. 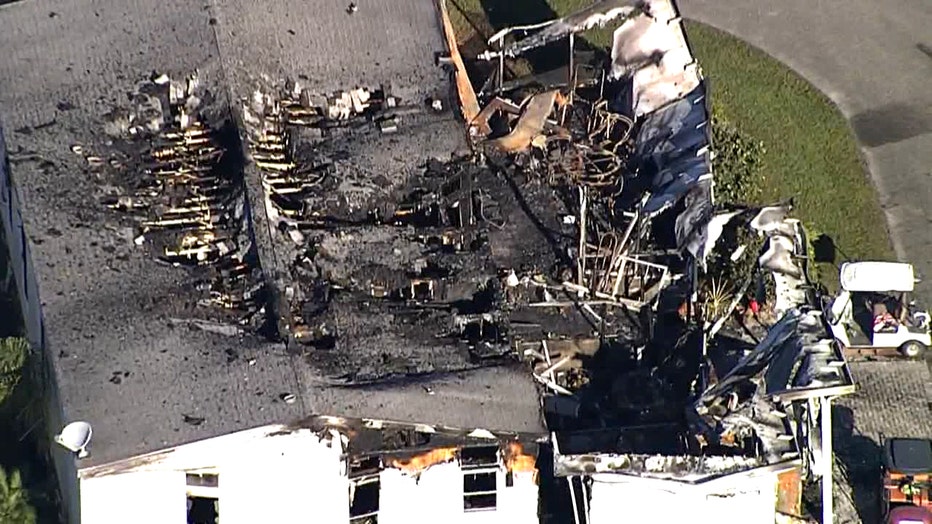 Officials aren't identifying the victim, only saying it's an adult male.  The man's dog also died.

"These homes, once they catch on fire, they go quick and they have a lot heat. It’s hard sometimes," Dierdorff offered. 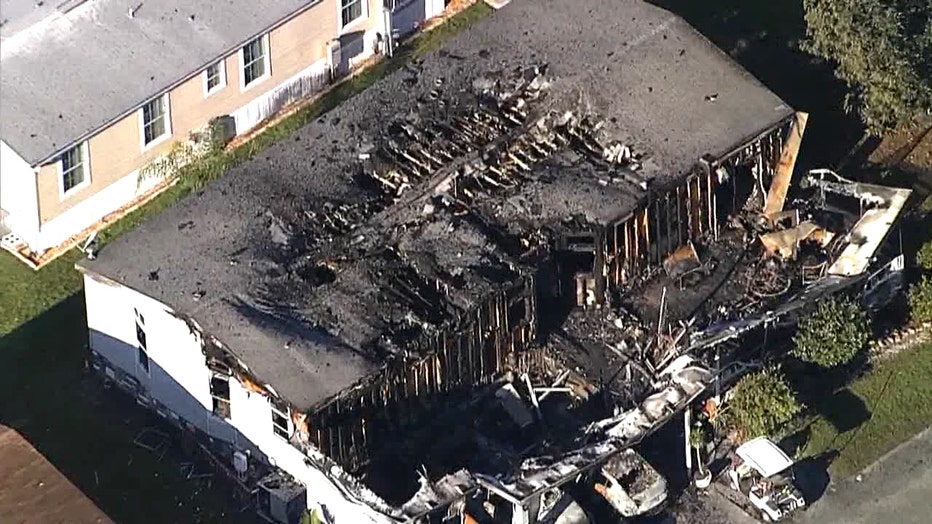 While investigators continue looking into what started the fire, they are putting out a warning about fire safety this time of year.

"When we go into this holiday season, we've preached it – make sure that you’re checking those smoke alarm batteries.  When you sleep, your nose doesn't work great and that's what is going to wake you up from sleep," he said.