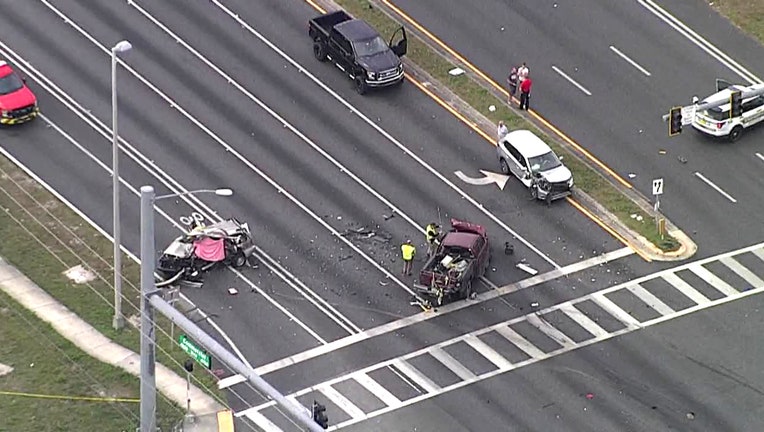 SPRING HILL, Fla. - A Hernando County mom and her infant son were killed following a four-vehicle crash on U.S. 19.

Troopers said the woman was 35 years old and her son was six months old. Neither were publicly identified.  The deadly collision occurred near the Berkeley Manor Boulevard intersection.

One of the vehicles involved was a maroon 2014 Chevrolet four-door pickup. Troopers said the driver of the pickup truck was involved separate crash at U.S. 19 and State Road 50 that occurred before the deadly collision.

They are asking for any witnesses or those with video evidence of the first crash to call FHP at 813-558-1800. 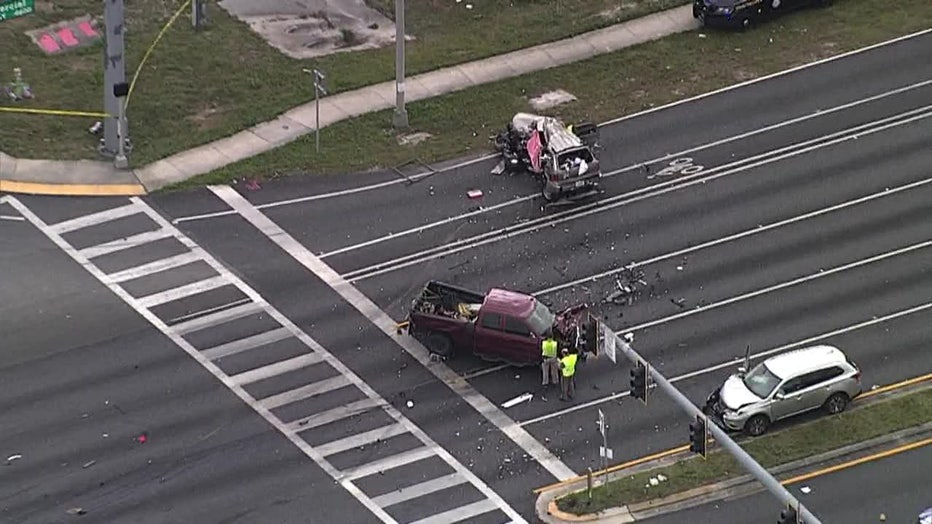 Troopers said the northbound lanes of U.S. 19 in Spring Hill remain closed. The traffic from U.S. 19 and onto Berkley Manor is blocked during the investigation. Deputies said the roadway will be closed for several hours.

The view from SkyFOX shows debris scattered across the northbound lanes. The maroon-colored pickup truck has heavy front-end damage while another SUV appeared to have been T-boned. A silver SUV in the left lane has some front-end damage.