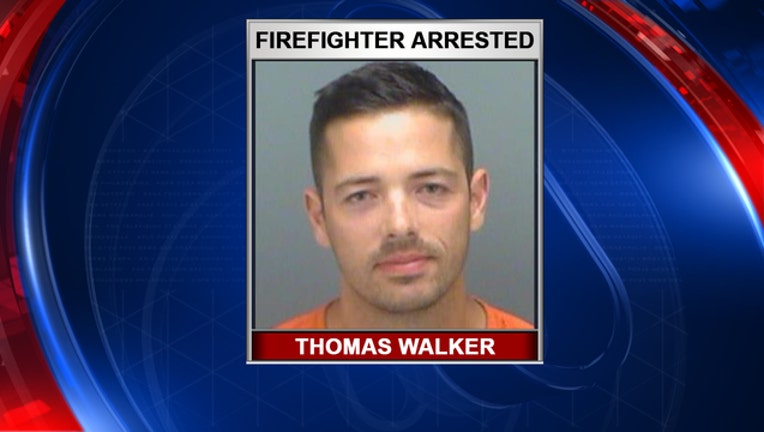 PALM HARBOR, Fla. - A Palm Harbor firefighter is accused of being intoxicated while driving, and nearly colliding into other vehicles.

Just after 9 p.m. Sunday, Pinellas County dispatchers received at least three 911 calls about a driver of a Dodge Ram truck swerving in the northbound lanes of U.S. Highway 19 North between State Road 580 and Curlew Road. The callers also said the driver nearly struck a median, and other vehicles.

Those callers the Dodge truck’s tag, with one caller saying they though the driver was falling asleep at the wheel, deputies said. However, when they responded to the area, they couldn’t find the truck.

They looked up the tag number and responded to the home address of the listed registered owner in Palm Harbor. There, they found a Dodge Ram truck parked at the home.

Pinellas County deputies said they found 29-year-old Thomas Walker sitting in the driver’s seat with the engine running. There was no one else inside the truck, they said.

Officials said he showed signs of impairment. When they asked him to perform field sobriety tests, deputies said Walker refused and asked for a “professional courtesy.” They said he also refused to provide a breath sample and didn’t want to answer any questions.

He was arrested on a DUI charge.

Palm Harbor Fire Rescue officials said they are conducting their own internal investigation, but did not provide Walker's employment status with the agency.