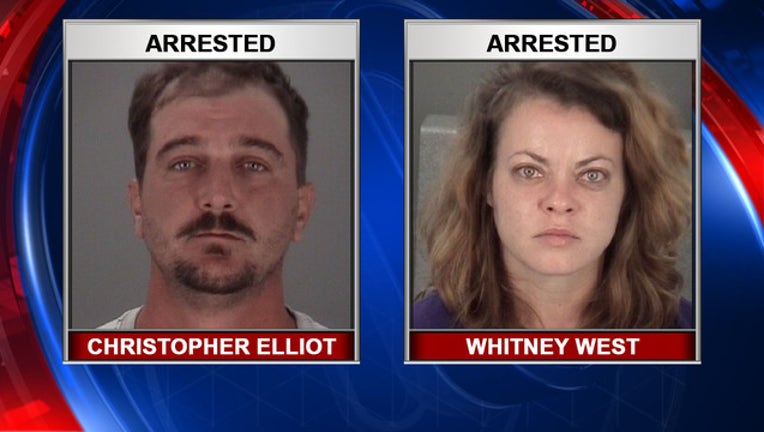 HOLIDAY, Fla. - A couple in Pasco County were arrested after leaving a child alone for about eight hours while they were at a bar, deputies said, and were found passed out in their car in the driveway.

Pasco County deputies arrested 32-year-old Whitney West and 34-year-old Christopher Elliot for child neglect. They said they went to a bar Sunday, leaving a 5-year-old boy at home for more than eight hours.

West and Elliot were found passed out inside a parked car in front of their home, located in the 3900 block of Cedarwood Drive in Holiday. Officials said they were under the influence of alcohol. Detectives said West admitted to leaving the child alone and Elliot is the primary caregiver.

Officials said Elliot dialed 911 as deputies were investigating at their home. Both suspects were arrested for child neglect. Elliot faced an additional charge of misusing a 911 system.