The Pinellas County sheriff said the case is where guns, drugs and several mental health issues intersect, and it all nearly ended with officers being hurt or killed. Dashcam and body camera footage released Tuesday shows what led up to the officer-involved shooting.

ST. PETERSBURG, Fla. - The sheriff of Pinellas County said two St. Petersburg officers had a close call over the weekend when a 23-year-old man shot at them, forcing them to return fire and striking the suspect in the leg.

"If Officer Kuznetsov's head had been tilted slightly to the left," Sheriff Bob Gualtieri said during Tuesday's press conference, "or he had taken one more step before he stopped, There's no doubt that he would have been shot in the head."

The events leading up to the officer-involved shooting began around 3:30 p.m. Saturday. The sheriff said Officer Ronald McKenzie and Officer Pavel Kuznetsov arrived at 10790 3rd Street North and noticed a white van, with the suspect, Austin Kingos, inside.

On Tuesday, the sheriff's office showed dashcam video and body camera footage of the traffic stop. Officer McKenzie was the first to make contact with Kingos, who was wanted on a misdemeanor charge for violating a stalking injunction.

"Officer McKenzie asked him for identification. Kingos did not immediately produce any ID and he was fidgeting around, and Officer McKenzie was concerned because of the movements and he couldn't see Kingos' hands," Sheriff Gualtieri described. "He opened the driver's side of the door, at which time Kingos turned and began to actively kick and resist Officer McKenzie." 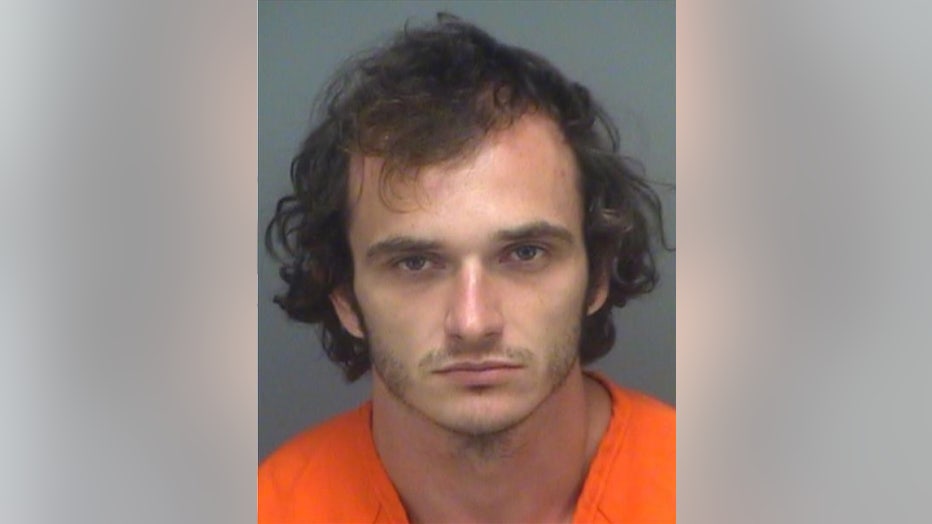 The footage from the dashcam and body cameras show the struggle between Officer McKenzie and Kingos. During this time, Officer Kuznetsov arrived and parked behind McKenzie's cruiser.

"Kingos fired a round and as described by Officer Kuznetsov, ‘It literally whizzed by his head,’" the sheriff said. "He said he could hear the round whizz by his head. It was that close." 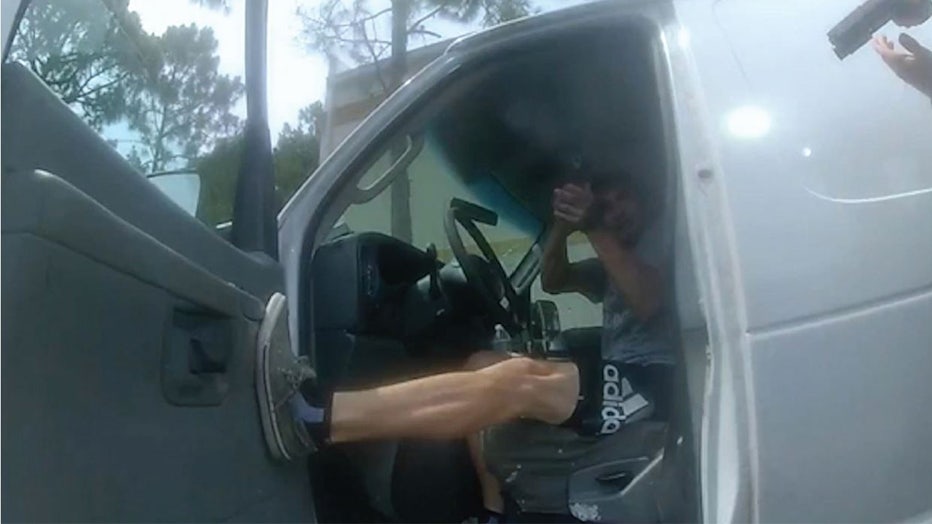 The sheriff said the bullet went through an apartment window and lodged into a door inside the unit. Kingos' gun became jammed, but Gualtieri said investigators believed he would have fired additional rounds.

"This event exemplifies several things, including how fast situations escalate, and how fast law enforcement officers have to react when someone decides that they want to kill a cop," the sheriff said. "It was about 29 seconds from the time that Officer McKenzie exited his cruiser until Kingos fired his gun at the officers."

McKenzie began firing his weapon, injuring Kingos in his leg. Dashcam footage showed Kingos exiting through the van's passenger side. The officers followed him and he was taken into custody at 108th Avenue and 4th Street.

Because an officer was involved in the shooting, the Pinellas County Deadly Force Task Force was requested to investigate. Family members told detectives that Kingos has "severe mental health issues," and has been diagnosed with bipolar disorder and schizophrenia, according to officials. He is supposed to take medication and refrain from drug use.

Detectives said, according to the family, he stopped taking his medication within the past few months, and was smoking marijuana.

"The situation also exemplifies," the sheriff said, "the very significant and dangerous challenges that law enforcement officers face daily when dealing with people with mental illness."

The sheriff said Kingos became infatuated with a woman at a store that sells smoking supplies. They met to smoke marijuana.

"The woman wasn't interested in any additional relationship with him. nevertheless, Kingos was insistent on a relationship and really became obsessed with her," Gualtieri explained. 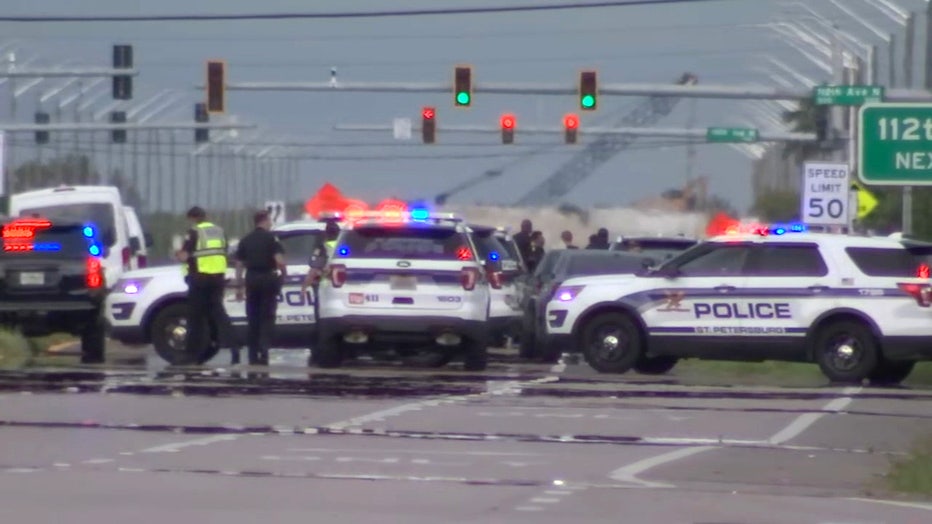 Deputies said Kingos began sending "unwanted items" to her home, and expressed that he to wanted have a child with her. On June 15, she obtained a stalking injunction, meaning Kingos was prohibited from having contact with her or possessing guns. His firearm was purchased last year.

Sheriff Gualtieri said between June 19 and June 26, Kingos contacted the woman and continued delivering packages to her home. The woman reported it to the St. Petersburg Police Department and officers developed probable cause to arrest him for violating the injunction.

On Saturday, investigators said he violated the injunction by having a package with a breast milk pump and infants clothes delivered to the woman's home. She contacted St. Pete police again. He was located as he was returning home.

The task force was created last year and is comprised of officials from four local law enforcement agencies. Officials said it was part of an effort to build community trust and reduce and perception of a conflict of interest during investigations involving law enforcement officers.

"This is a case where the intersection of guns, drugs, and a person with mental health issues led to a very bad result," the sheriff said. "We could have very well be talking about a line of duty death of an officer. I hope he gets treatment and I hope he gets to where he needs to be but he almost killed two cops in this county and he needs to be held accountable."