Cookbook is the backstage pass to history's biggest acts

ST. PETERSBURG, Fla. - For decades, Midge Trubey had an all-access pass as a caterer working for music legends.

"Ray Charles was probably one of the biggest thrills to me because I grew up playing piano," she offered. "Crystal Gayle has been one of my dearest friends for years and years and years."

Her catering business grew out of necessity in the 1970's. She wanted to provide hospitality to the big acts when they came to the Tampa Bay area.

"I started thinking, if you're such a high-profile person that you can't even go out to dinner, what do you do?" said Trubey. "I couldn't believe my first contract was with the Isley Brothers. I about fell over. I had my first national contract in two years; I was out on the road with Journey. It went crazy right at the very beginning and I just never looked back it just kept getting bigger and bigger and bigger." 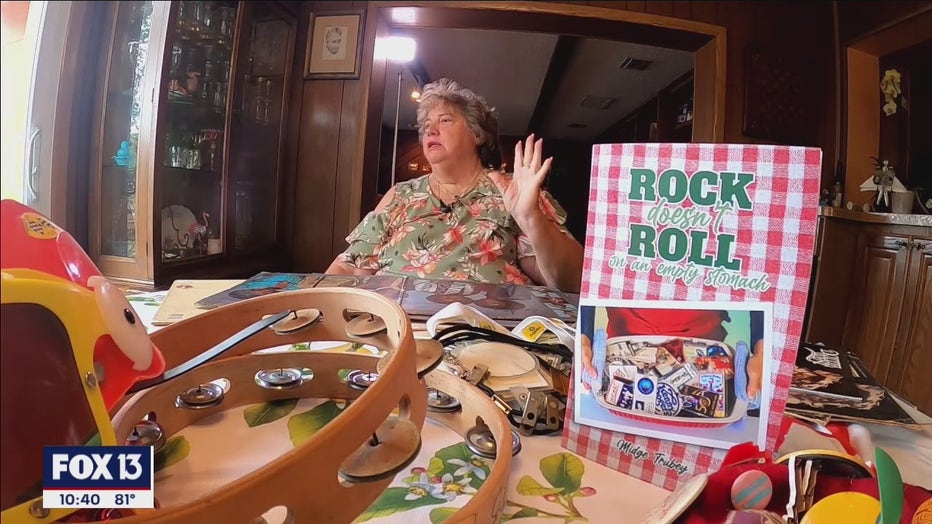 She joined Michael Jackson and The Jackson 5 on the Victory tour.

"There was just some kind of instant connection that I had with the guys and for years they asked me to cater for them when they came into Florida," she continued. "Michael was so nice. He was one of the most professional people I've ever met as far as every step that he took was planned."

She earned trust with Van Halen.

"People always talk about them as being the bad boys of rock and roll and they never were with me. The crew always said I was the only caterer in the country that Van Halen didn't trash the dressing rooms or give a hard time," said Trubey.

Her autographed tambourines from Kenny Rogers are just one of the many fond memories of the late country legend.

"He, without a doubt, is one of the nicest people I've ever met in my life. Witty, kind. When he had to watch his weight, he would be like, ‘Midge I'm going to have chicken and fish for this leg of the tour because I'm trying to watch my weight. But what's for dessert? I'll have two,’" she laughed. 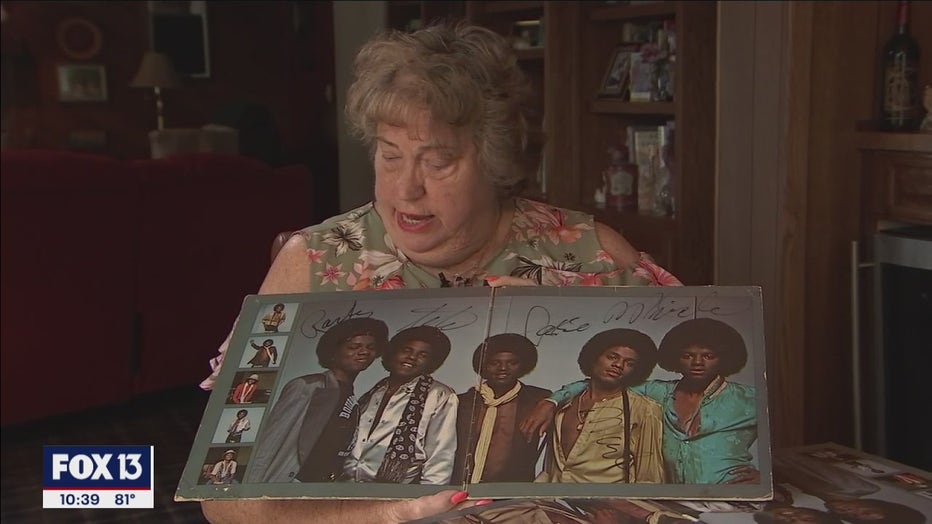 Trubey is now retired and sharing her stories and recipes from the road in her new book ‘Rock Doesn't Roll on an Empty Stomach.’

"The stories are good and they're family stories. It's not a sex, drugs, and rock and roll story. Not only is it big business, but it's family business. You become a family when you travel," she continued.

Her book is available on Amazon.