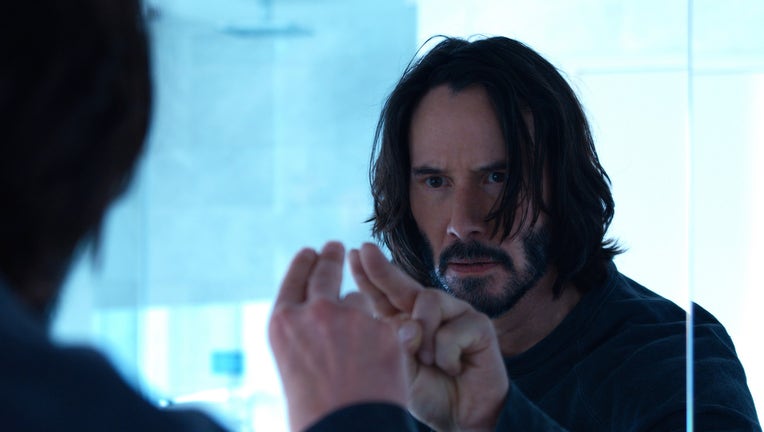 CHICAGO - How do you follow up a perfect movie? It’s a question that’s haunted "The Matrix" franchise since the Wachowskis changed sci-fi action cinema forever in 1999. And it’s one that explicitly sits at the heart of this long-awaited fourth installment, which is set for a simultaneous release in theaters and on HBO Max.

While the previous two sequels went the more serious route — adding ponderous philosophizing, complicated worldbuilding and pointed narrative subversions to the simple, propulsive thrill ride of the first film – "The Matrix Resurrections" takes the opposite approach.

This is a surprisingly playful, lighthearted film with a meta take on the idea of revisiting/rebooting a beloved franchise with a complicated cultural legacy. That makes "Resurrections" a wickedly entertaining, delightfully romantic addition to the "Matrix" canon – one that may prove divisive for those looking for a hardcore action flick, but will offer plenty of rewards for those willing to open their minds to a new kind of blockbuster.

About "The Matrix Resurrections": Falling back down the rabbit hole

The last we saw prophesied savior Neo (Keanu Reeves) and his lover Trinity (Carrie-Anne Moss) back in 2003’s "The Matrix Revolutions," they were sacrificing their lives to forge a more peaceful co-existence between humanity and machines.

Unspooling the mystery of how the actors are back and why they’re living seemingly normal contemporary lives is part of the film’s fun. But suffice it to say that returning co-writer/director Lana Wachowski (handling the reigns without her sister Lilly this time around) has come up with a clever way to allow her characters to preemptively voice any and all concerns you might have about revisiting a film as iconic as "The Matrix." ("What if I can’t be what I once was?" Neo asks at one point.)

In fact, there are moments in the opening act that are so playfully self-aware, it sometimes seems like the movie is going to function more as a parody of Hollywood’s sequel-obsession than an actual narrative feature. Wachowski’s frequent use of footage from the first three films creates a sort of storytelling ouroboros where fan service winks become literal narrative building blocks.

This is also clearly a film made by a woman who’s spent the past 20 years fending off requests to make more "Matrix" movies, and has no problems airing her grievances onscreen. Few things are as surreal as hearing characters within a "Matrix" sequel openly discuss the idea of a "Matrix" sequel.

See "The Matrix Resurrections" for: Its sci-fi love story 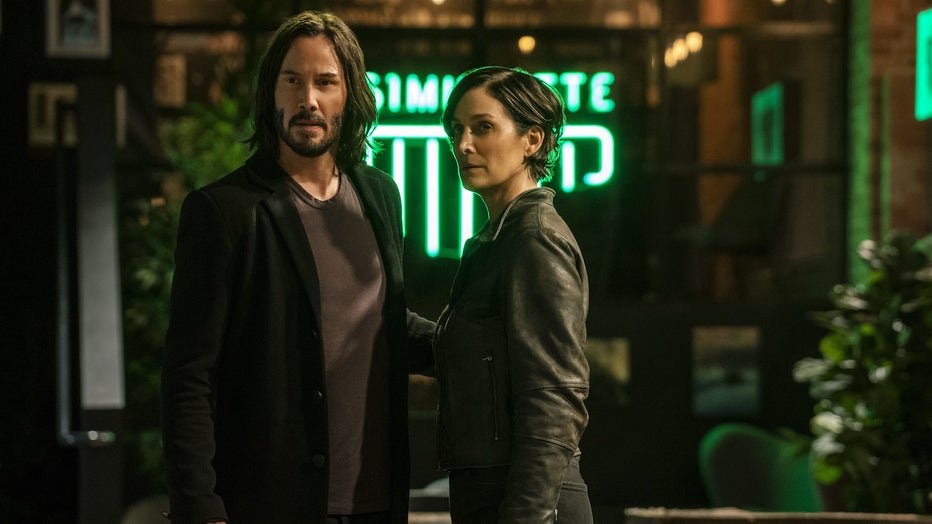 Thankfully, "Resurrections" offers real heart to balance the meta fun. While all of "The Matrix" films have, in some way, centered around Neo and Trinity’s romance, "Resurrections" turns that into its raison d'être.

This is a star-crossed love story above all else – one that sees Wachowski playing in the earnest, openhearted key of projects like "Jupiter Ascending" and "Sense8."

In the two decades since "The Matrix" was released, Wachowski has clearly done some thinking about how that original film positioned its central couple, and "Resurrections" lets her reconfigure their dynamic in delightful ways. In particular, "Resurrections" makes fantastic use of Reeves’ inherit tenderness, as if Wachowski has come to realize that Neo works far better as a soft boi gently fawning over his crush than a badass action hero duty bound to save the world.

Moss, meanwhile, has a role that seems less showy at first but pivots in compelling ways. It’s part of the film’s moving thesis that even if we can never fully end the battle against corrupt forces, we have the power to change the nature of what "us vs. them" looks like.

What "Resurrections" is missing, unfortunately, is the sort of eye-popping action that defined the original trilogy. Things feel a bit more rote this time around, partially because the stylistic flourishes "The Matrix" pioneered have now become standard blockbuster practice. "Resurrections" delivers what it needs to on the action front without moving the genre forward in any meaningful way. 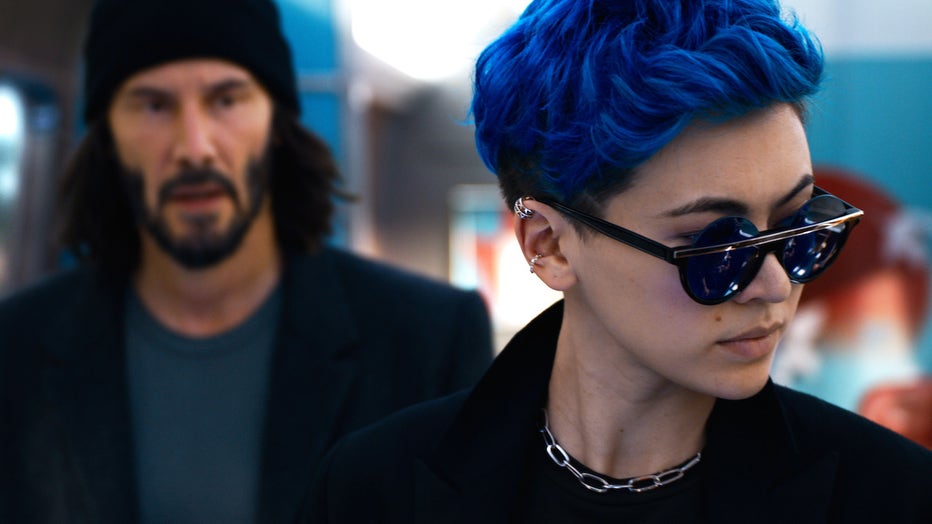 Instead, it’s the film’s refreshingly colorful world that stands out more than any particular action setpiece. Get ready for jewel-toned suits in place of black leather jackets, and a brightly saturated aesthetic that makes for a welcome change of pace from Marvel’s visually murky blockbusters.

And what "Resurrections" lacks in action pyrotechnics, it makes up for in a welcome sense of narrative simplicity. While you basically needed a PhD in computer programming to understand anything that happened in the previous two sequels, this one is much more straightforward.

There are deep cut Easter eggs (hello Merovingian!) and cyberpunk thematic depth for those who want to seek them out. But even casual fans will be able to tell the baddies from the goodies, and roughly track everyone’s overarching motivation — which is far more than can be said for the last two films. 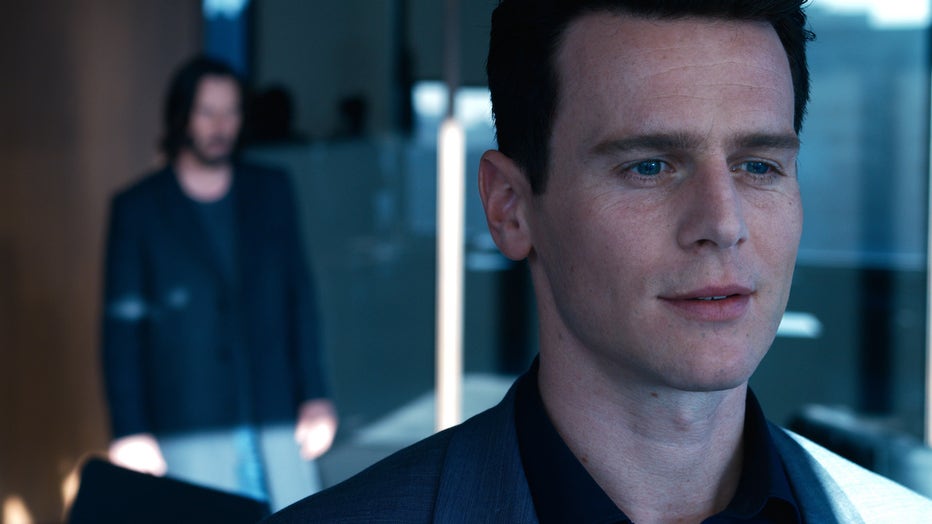 That makes space for incredibly fun performances from franchise newcomers like Jessica Henwick as a badass hacker, Yahya Abdul-Mateen II as a Morpheus-esque figure and especially Jonathan Groff as a smarmy antagonist. (Also on hand, somewhat less compellingly, is Neil Patrick Harris as Neo’s mysterious therapist.)

"The Matrix Resurrections": Back to the Matrix 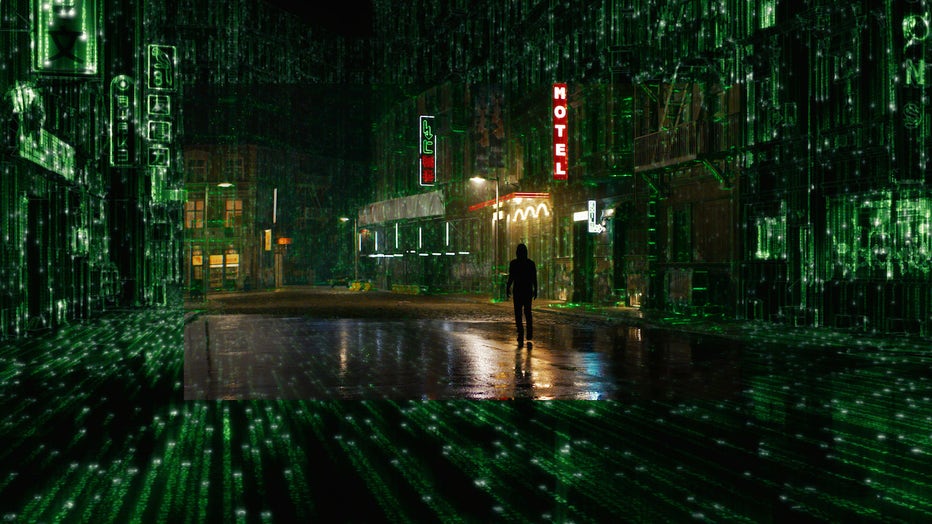 By the end of "Resurrections," there are things you wish wove together a little more firmly or paid off a little bit more. On the whole, this is more of an ellipsis to the original trilogy than a definitive final chapter, with plenty of questions about where, if anywhere, the franchise goes from here.

Yet it’s also a film that feels greater than the sum of its parts. Wachowski proudly sticks to her guns about controversial elements of the original trilogy she’d like to keep, while maintaining a refreshing lack of ego when it comes to making fun of stuff that didn’t quite work. (Neo’s ability to fly somehow falls into both categories at once.)

Above all, there’s a real sense of joy here – both from a cast who are clearly ecstatic to be back in this world; and for the characters themselves, who find new hope in revisiting the past.

Playful, earnest and romantic might not be a tone people want from their "Matrix" sequel, just as ponderous philosophizing wasn’t what they wanted back in 2003. Those willing to follow this particular white rabbit, however, will find themselves in an enthralling Wonderland.

More from the Wachowskis—streaming for free on Tubi

Jupiter Ascending (2015): "The Matrix" is such a singular experience that even directors Lilly and Lana Wachowskicould never quite match it again. But what they have done is spend the past two decades delivering all sorts of wonderfully gonzo, ahead-of-its-time sci-fi and fantasy stuff, from their Netflix series "Sense8" to their cult classic "Speed Racer" adaptation to those controversial "Matrix" sequels. Thus was born the gloriously goofy "Jupiter Ascending," a space opera take on "The Wizard of Oz" that casts Mila Kunis as a housekeeper/secret galactic princess and Channing Tatum as the half-dog/half-human she loves. It’s the sort of wacky, over-the-top space adventure you either vibe with or you don’t, but it’s worth trying to find out. Rated PG-13. 127 minutes. Dir: The Wachowskis. Featuring: Mila Kunis, Channing Tatum, Sean Bean and Eddie Redmayne.