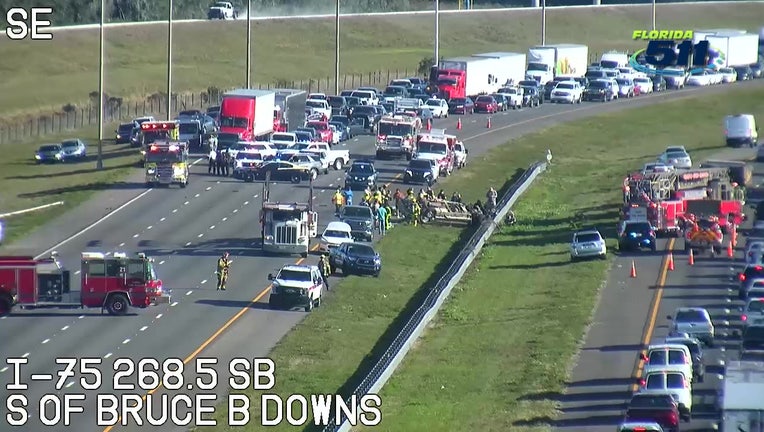 TAMPA, Fla. - A vehicle crashed and turned upside down in the median of Interstate 75, closing several lanes just north of Tampa for about 30 minutes Tuesday afternoon.

The crash happened just before 4 p.m. near the Bruce B. Downs exit.

Two lanes of traffic reopened around 4:20 p.m. At least one northbound lane was also closed, snarling traffic during an already busy time of day.

A medical helicopter was reportedly dispatched to the scene.

The view on FDOT cameras showed at least a dozen first responder vehicles, including fire/rescue, Florida Highway Patrol, and local law enforcement also on the scene as what appeared to be an active rescue was underway.