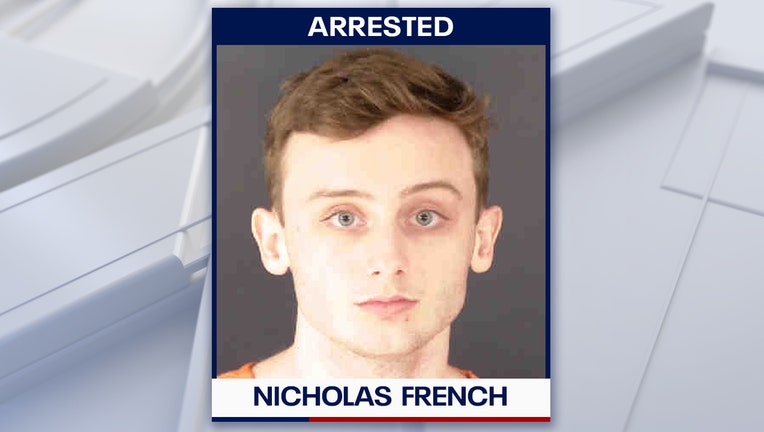 The Sarasota County Sheriff's Office said their investigation began on August 5 when one of the victims, now 15 years old, reported having a sexual relationship with 21-year-old Nicholas French beginning in early 2018.

Detectives said they learned French also began a sexual relationship with the victim's twin sister around the same time.

According to investigators, French communicated with the young teens through social media and used a ride-share service to transport them to his house.

It's not French's first time in legal trouble.

Deputies said French was previously arrested in 2018 for lewd or lascivious battery on a victim between the ages of 12 and 16 years old, but the charge was later amended to two counts of child abuse in a plea agreement.

French was still on felony probation for his prior conviction at the time of this month's arrest.

The sheriff's office said French now faces 11 new counts of lewd or lascivious battery on a victim 12 to 16 years old, and a single count of violation of probation.

French is being held without bond.