A baby chimpanzee at Maryland Zoo in Baltimore giggled for the first time – and it was caught on camera! (Credit: Maryland Zoo)

Just look at that smile!

A baby chimpanzee at Maryland Zoo in Baltimore giggled for the first time – and it was caught on camera!

Footage shared to Facebook by the zoo shows two-month-old Maisie, wearing a diaper and hugging her blue stuffed toy, laughing as her human caretaker tickles her!

“Making a play face and laughing is a natural chimp behavior and a milestone chimp babies typically reach between 12 to 16 weeks,” the zoo stated. 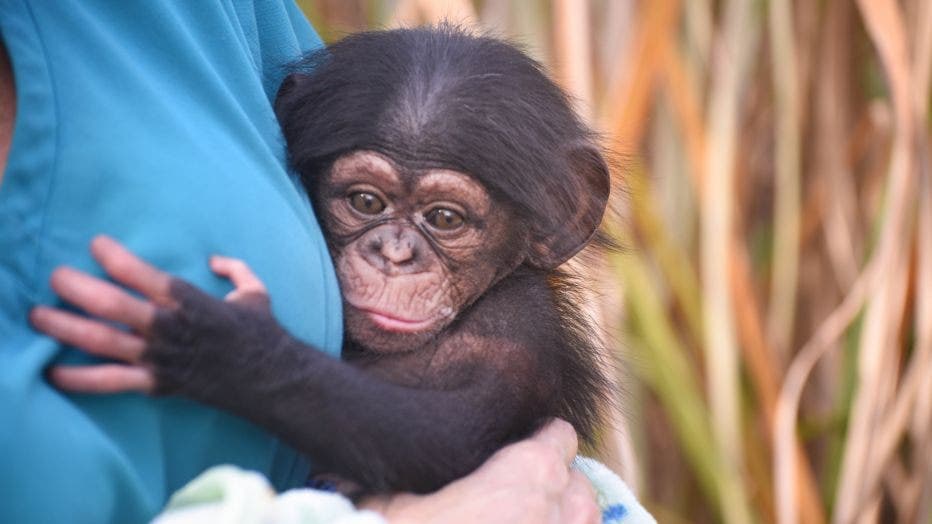 Another video shows the little cuties getting acquainted with her own reflection – and appeared to be fascinated by what she saw in the mirror.

According to the zoo, baby chimpanzees start to stare at and focus on objects, including their own reflection, at around two or three months old.

Maisie was born on August 28 at Oklahoma Zoo, and was later moved to Maryland Zoo to be hand-reared and later paired with a surrogate chimp mother after her birth mother was unable to care for her properly.

“Every milestone that chimp Maisie reaches brings her closer to being introduced to a surrogate mother and the troop,” the zoo said in a post.

This story was written out of Orlando, Florida.