ST. PETERSBURG (FOX 13) - St. Petersburg city councilman Steve Kornell would like his peers to consider an ordinance lowering the penalty for possessing small amounts of marijuana.  He has introduced the topic as a new business item on this week's city council agenda.

"I don't endorse marijuana," Kornell stressed to FOX 13 News Tuesday morning. "What I'm proposing makes the punishment fit the crime.  It does not make it legal; it provides a punishment, a civil citation just like a parking ticket.  Not legal, but we don't arrest people for parking too long."

Kornell withdrew his first attempt to broach the subject a couple of years ago, after city legal staff advised it was not possible to alter a state law.  Since then, Miami-Dade county commissioners adopted a marijuana possession civil citation ordinance that took effect in July.  Alachua and Monroe counties are considering similar ordinances.

Advocates in those communities cited the expenditure of police manpower and the stigma attached to even a misdemeanor drug conviction.

"It pops up on job applications and research and background checks," Kornell continued.

St. Petersburg Police Chief Tony Holloway told FOX 13 News he has a lot of concerns about the concept, starting with the offender.

"If I arrest you or if I give you a notice to appear [in court], then you have to appear before a court. And then if you have a drug problem, then the court may recommend that you get some type of drug treatment," Holloway argued. "Now, if I just issue you this citation, then nothing happens -- we don't really get you any help."

The police chief also said, "There are a lot of players that need to come to the table," including the state attorney and public defender, the sheriff, somebody from the drug treatment community, and other Pinellas police chiefs.

"I want to make sure if you got a citation in Tampa and then you get another one in St. Pete and one in Clearwater that we have some way to link that together," Holloway explained.

State Attorney Bernie McCabe called the proposal "ill-advised," adding criminal penalties are a state issue and "...the idea that every city gets to weigh in doesn't make sense."

The state attorney also pointed out the need for some institutional infrastructure to oversee new civil penalties.

St. Petersburg police filed 1,004 misdemeanor marijuana charges in 2014, and 867 charges so far this year.  A spokesman said in many cases the pot charges are "add-ons" to more serious offenses, for example, someone arrested for auto theft while in possession of a marijuana cigarette.

If enough of his peers agree, Kornell's suggestion to study civil citations will be referred to a city council committee for further discussion. 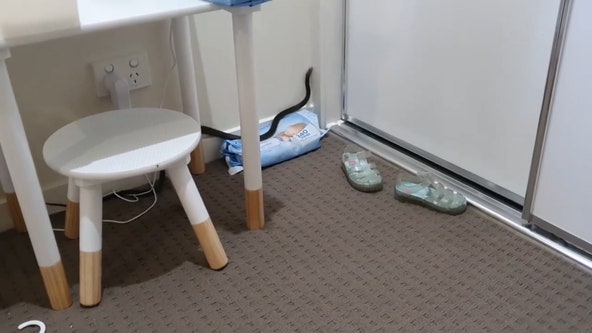