Nearly two years ago an arsonist started a fire that burned down several stores during the night of unrest, two family-run restaurants are finally getting back to business. 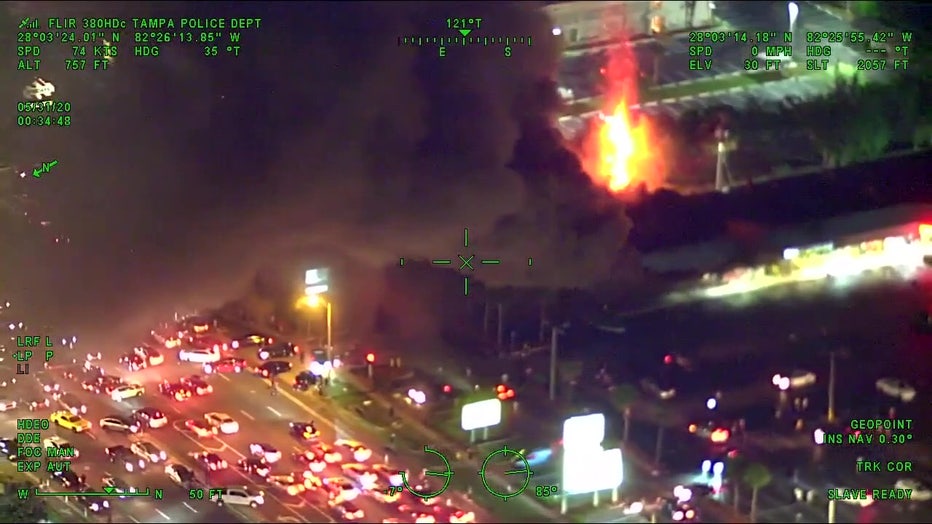 "Rebuilding took a lot longer than we expected, but we were able to work through it," said Mercy Son, whose parents took over Saigon Bay in 2016 after moving to Tampa. "These last two years were a little rough, but now that we're back open things have been good."

Their restaurant is a total family affair. Son said his dad is the cook, his mom is the head waitress, his brother is one of the waiters, and he is the hostess.

MORE: 'I made a mistake': Man apologizes for role in local George Floyd protests that spun out of control

Saigon Bay is the Son family’s sole source of income, which they lost in an instant when a neighboring Champs Sports store was set ablaze in May 2020. 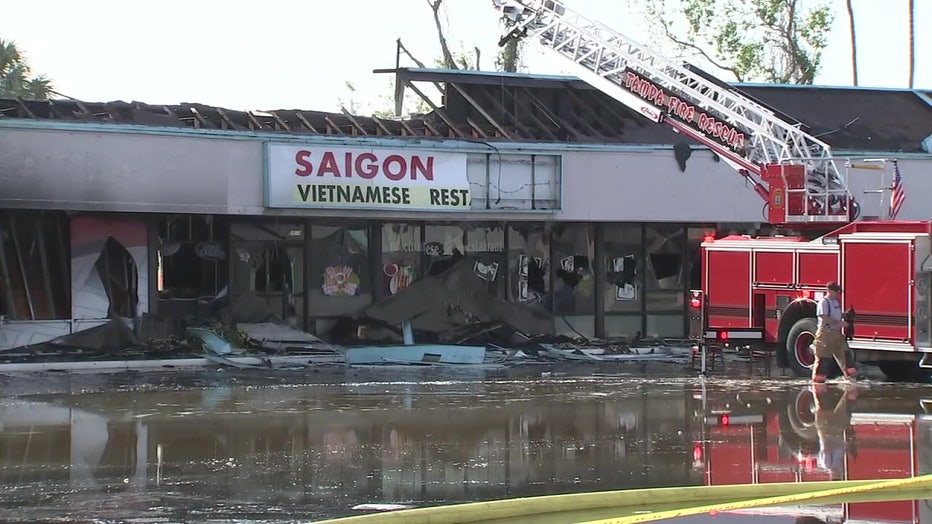 "Me and my mom couldn’t handle it we were both like in tears," recalled Son. "I was in disbelief. It was just so shocking."

Nearly everything in their restaurant was destroyed, but they were able to salvage a pair of Buddha statues that now greet customers at the counter in their new Temple Terrace location.

"This one was damaged from the fire," Son explained while turning a large, red smiling Buddha to reveal a hole left on its back. "But we still wanted to keep it just for good luck and prosperity." 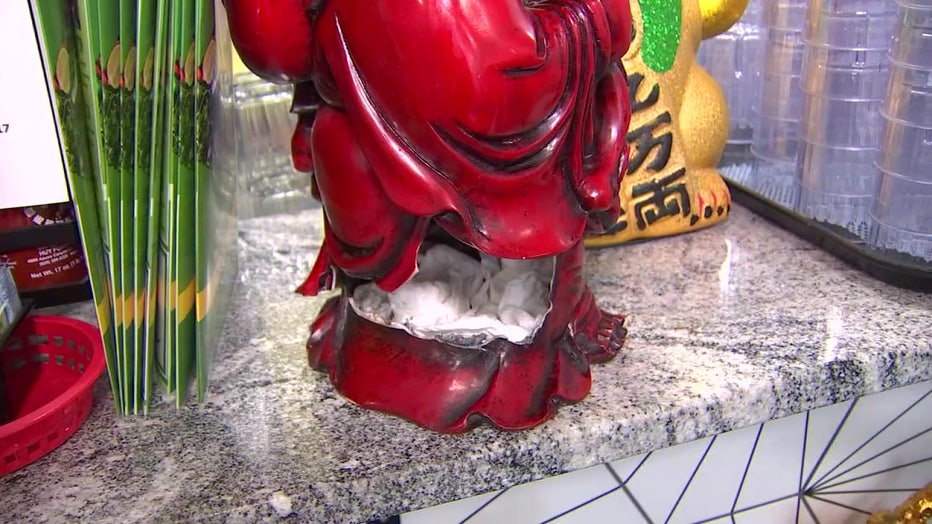 The community rallied around the Sons, contributing some $90,000 to help them get back on their feet. And their first three months in business has been great for them.

"The first night that we reopened, it was very packed. It was busy all weekend long, and we didn't get a break, but it was so good," recalled Son. 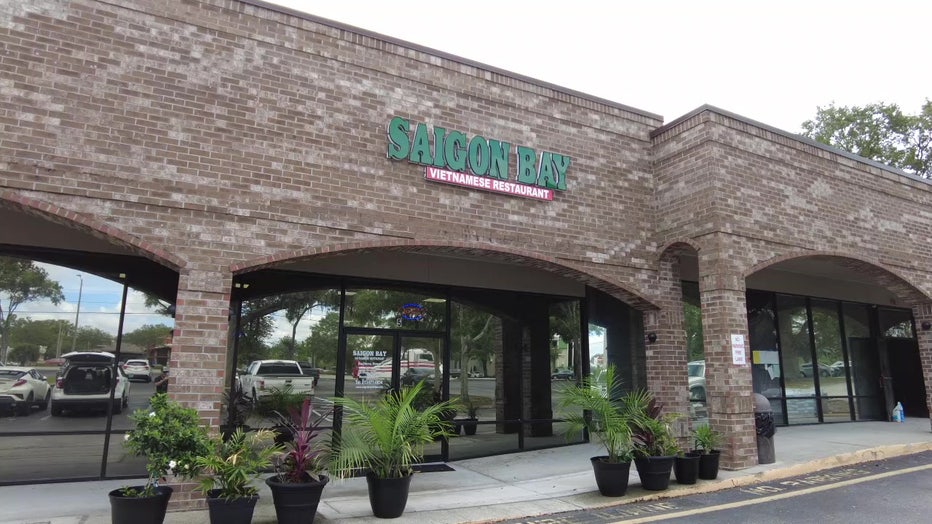 Saigon Bay’s aromatic Pho soups, with its complex broth that’s started the night before, and herbaceous fresh rolls served with a savory peanut sauce have earned the restaurant a loyal customer base.

"It’s honestly like our life our entire life right now because my parents are here every single day working, even on their off days," said Son.

Just down the road, a former neighbor is hoping for a similar rebound. Roopa Bommidi’s restaurant, Jai Ho Royale Indian Cuisine, was spared from the fire, but not it’s impact.

"After the fire happened, there was no electricity. TECO had to be disconnected for about three and a half weeks so everything that we had in the refrigerators, the produce and everything was obviously destroyed," said Bommidi.

Things didn’t get much better from there. Bommidi said it took months for fire damage to be repaired to businesses on the other side of the plaza. "It was like a haunted building there, half destroyed and no electricity," recalled Bommidi. "People stopped coming because they were under the impression that all the businesses were closed."

Her popular buffet restaurant had already taken a big hit with pandemic shutdowns. After several months of lost business, Bommidi said she could no longer keep up with her lease and was forced to close.

"That was the sad part. We never really thought that would happen because it was our dream we’ve invested so much into that building," said Bommidi. "Everything we had, we put in the business, and we had to literally walk out without anything."

Bommidi, a new mom at the time, said the pressure was unimaginable, but as with the Sons, her community had her back.

"My amazing Creekside Church family was always checking in on me to see if I needed anything, meals, advice, financial support," said Bommidi. "And random people from the community came forward too. It was amazing. Without them, I don't think I would have just been here today." 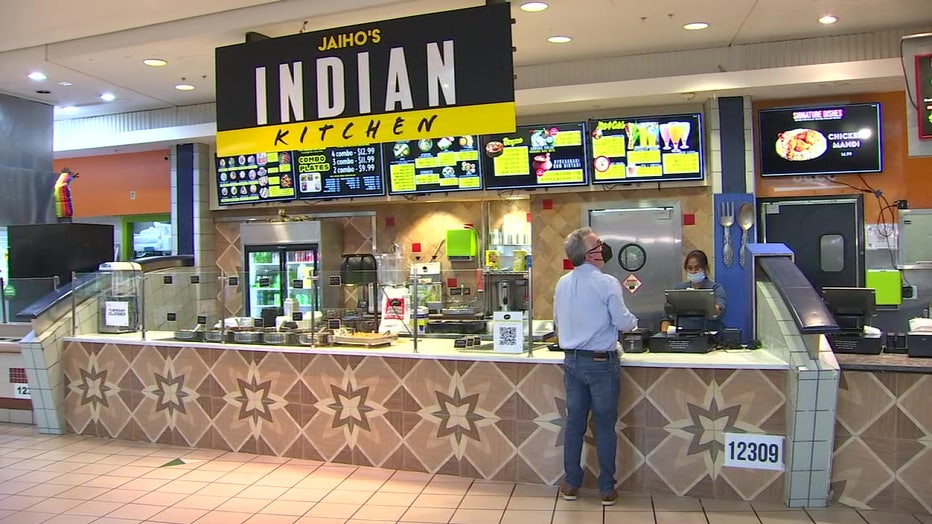 One of those "random people" was a former customer, Christian DeLeon, who serves on the board of the Community Enrichment Lab, knew of an opportunity just across the street at the University Mall.

Already in the midst of its own billion dollar transformation, DeLeon was able to introduce Bommidi to project managers, who helped her secure a new restaurant space inside the mall’s food court.

"By the grace of God, I would say, we are here," said Bommidi.

Last month Bommidi launched twin restaurants in her new pared-down space. Gone is the lunch buffet, but Bommidi is still serving up the South Indian family recipes that kept her first restaurant going for over a decade.

The menu at Jaiho’s Indian Kitchen features familiar favorites like butter chicken and tikka masala, but also takes a deep dive into southern India with eight types of biryani, puris, and a 700-degree oven where naan is baked right in front of customers.

"We are back on our feet doing what we love doing," said Bommidi. "Now we just need the people to come try us."