Wounded veterans take to the waters of Polk County

WINTER HAVEN, Fla. - Members of "Wake for Warriors" will be competing this weekend at the Nautique Wake Surf Nationals on Lake Silver in Winter Haven.

They are all former members of the military, many who have lost a limb, who are now adaptive athletes.

"I got blown up, hit by an IED," Tony Mullis, a US Marine who spent time in Afghanistan, told FOX 13. "It was my job to search and find them. I found it, just not the right way. Luckily no one else was hurt. It was just me."

They have all had to overcome the trauma of losing a part of their body, and learn how to push forward. 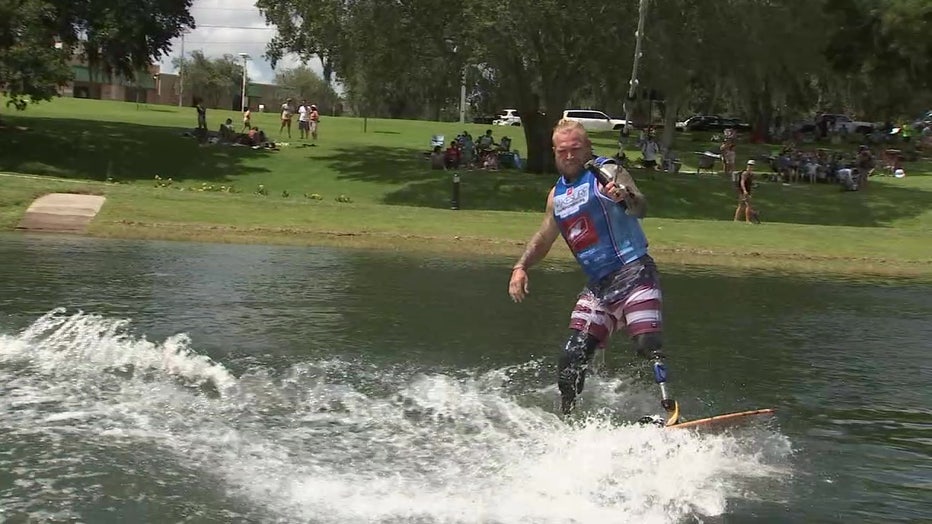 One hour after AJ Johnston, another competitor, got back to his home state of Texas after his time in the Middle East, he stopped to help an older man whose car was broken down. As he was assisting the guy, he was hit by a car, and eventually lost his leg.

He joined other adaptive athletes Friday as they wake surfed to the delight of the crowd escaping the scorching heat in the shade of sprawling trees on shore.

Wake for Warriors is a national non-profit that pays for athletes to train and compete across the country. Along with adaptive athletes, other ones without physical challenges will be competing this weekend as well.

The event runs through Sunday and is free to watch.