Alex Trebek gets choked up over contestant's answer

The contestant didn’t immediately know the answer to Final Jeopardy, so he used the moment to share words of encouragement for the longtime host, who is battling pancreatic cancer.

During the Final Jeopardy! round, contestants received the clue: “In the title of a groundbreaking 1890 exposé of poverty in New York City slums, these three words follow ‘How the.’”

Contestant Dhruv Gaur didn’t immediately know the answer, so he used the moment to share words of encouragement for the longtime host who is battling pancreatic cancer. 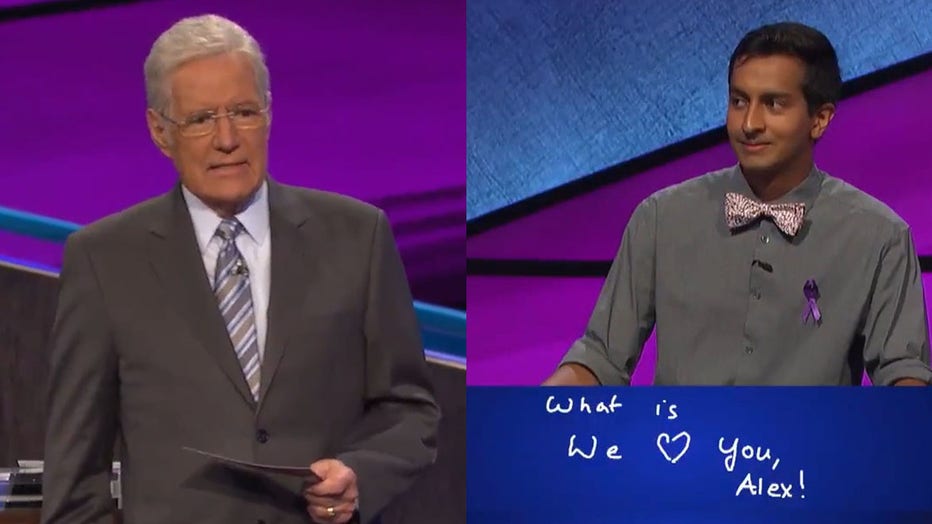 “That’s very kind of you. Thank you,” Trebek replied, appearing to get a little choked up at the touching gesture.

Guar later shared on Twitter that he was glad he got the opportunity to say “what everybody at the tournament was thinking.”

“For context, Alex had just shared with us that he was reentering treatment for pancreatic cancer,” Guar wrote on Twitter. “We were all hurting for him so badly. When Final Jeopardy came up, I could’ve tried to puzzle it together, but really, just kept thinking about Alex, and thought he should know.”

He continued: “I’m just very grateful I got the opportunity to say what I know everyone was thinking. Sending all the love.”

Trebek announced to “Jeopardy!” fans in March that he had been diagnosed with stage 4 pancreatic cancer in a YouTube video. Last month, he appeared in a public service announcement to educate others on the early warning signs.

“I wish I had known sooner that the persistent stomach pain I experienced prior to my diagnosis was a symptom of pancreatic cancer,” he said.

He also opened up about his diagnosis in a candid conversation with CTV's Lisa LaFlamme.

“I’m not afraid of dying,” the 79-year-old said. “I’ve lived a good life, a full life, and I’m nearing the end of that life...if it happens, why should I be afraid that?”