CLEARWATER, Fla. - Winter the dolphin was an aquatic ambassador here in the Bay Area, inspiring thousands around the world – especially those who also faced hardship and challenge. Now, with her recent passing, many in Clearwater and around the world have reacted with heartache.

In the arms of her caretakers, Winter passed away at the Clearwater Marine Aquarium on Thursday night after battling a gastrointestinal infection. While the news came as a shock to many –  considering how quickly her condition deteriorated in the past few days – the strong response to her death is not a surprise.

Her tale of survival and perseverance, as well as her special prosthetic tail, inspired a book and two movies. Winter played herself in the film, Dolphin Tale, as well as the sequel.

"How can I put into words what Winter meant to me & to millions of kids and people… this one little dolphin changed the world. She touched millions & millions of lives," Austin Garces shared on Twitter. The actress played the role of "Phoebe" in the movie. "I learned so much from her. Some of my favorite memories were made with this incredible animal. I will miss you forever, Winter. I’m completely heartbroken that I’ll never hear your little tweetybird sound again."

As for Harry Connick Jr., who played the fictional Dr. Clay Haskett at Clearwater Marine Aquarium, he shared a video message on Instagram, saying Winter is in "a better place now."

"I was so lucky to be able to be in both Dolphin Tale movies and get a chance to spend some time with this amazing creature who really did change the world," he said in the video. "I was so sorry for all the people that Clearwater Marine Aquarium and everybody who got a chance to be touched by this magical animal, and I was one of those people." 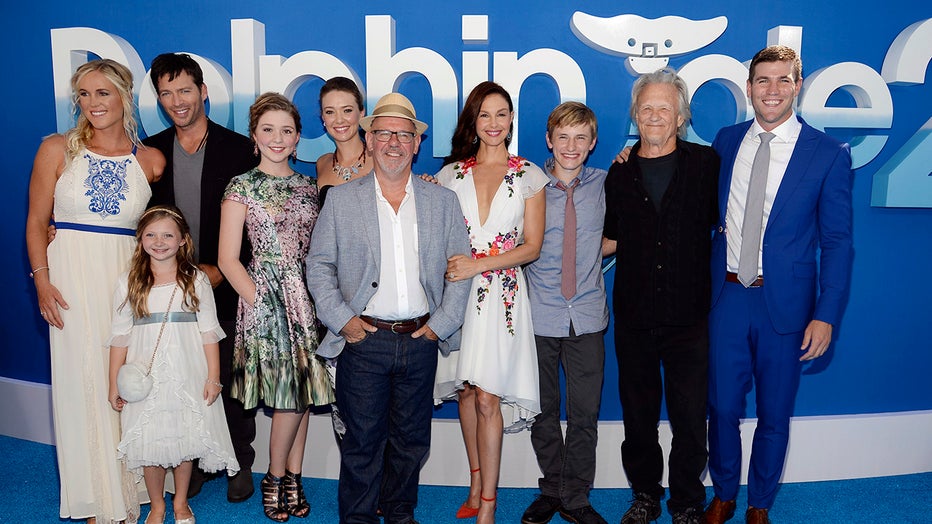 READ: 'Her legacy will live on': Memorial being planned after Winter the dolphin dies

Closer to home, everyone from Bay Area residents to even the Tampa International Airport shared their condolences and memories.

A necropsy is being conducted Friday to determine her exact cause of death. Meanwhile, the Clearwater Marine Aquarium is planning a memorial for Nov. 20. The specifics of the event will be provided at a later date.