CLEARWATER, Fla. - Some real-life players in the story of Winter the Dolphin were reunited Tuesday at Clearwater Marine Aquarium.

Jim Savage, the New Smyrna Beach man who rescued Winter 14 years ago, was there to mark the anniversary.

As it turns out, the dolphin he saved has been a blessing to his grandniece, 13-year-old Grace Savage, who has velocardiofacial syndrome. The condition results in heart defects and poor immune system.

"She gives us inspiration and to never give up," Grace said of Winter.

She and her mother, Katie, noticed while watching a documentary that the fisherman who rescued Winter had their same last name.

"I'm like, ‘Jim Savage? Our last name is Savage. Could we be related?’"

The realization that Jim is Katie's great-uncle brought Winter's story to a new level for the family.

"And to see how happy my niece is to be here. She's had it tough, but she's strong like Winter," offered Jim. 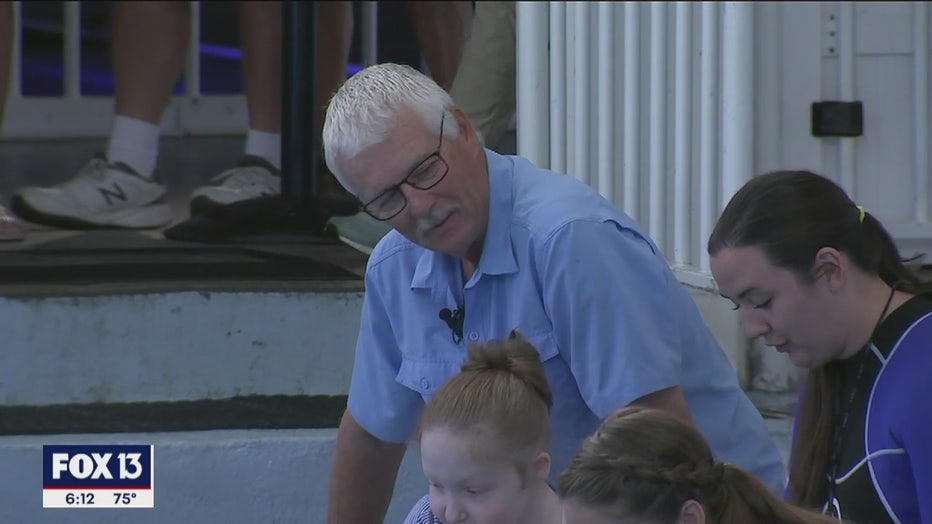 Tuesday's event at the aquarium marked the anniversary of Winter's rescue, which was also a turning point for what was then a struggling facility about to close.

"It completely and utterly changed the landscape for us," said David Yates, the CEO of Clearwater Marine Aquarium.

Yates says studies have shown that after Winter the Dolphin came, the aquarium fueled a $500-million impact to the Pinellas County economy.

An $80-million expansion is now underway. It will increase the size of the visitor area, parking, and a new rehabilitation facility for manatees.