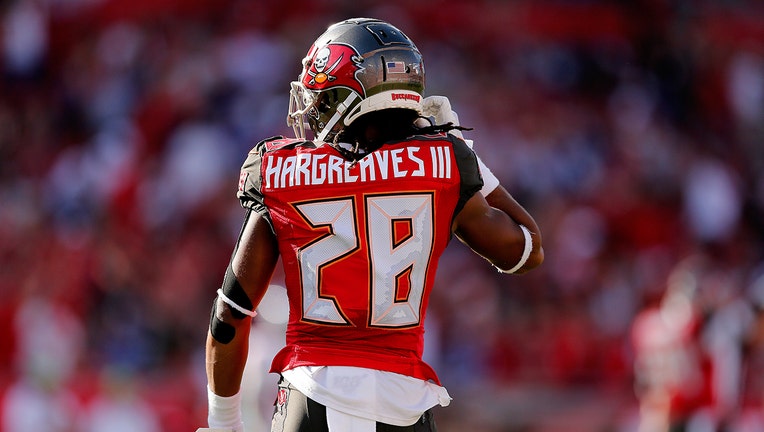 Vernon III Hargreaves #28 of the Tampa Bay Buccaneers in action against the New York Giants during the second quarter at Raymond James Stadium on September 22, 2019 in Tampa, Florida. (Michael Reaves/Getty Images / Getty Images)

"After thoughtful consideration over the past few weeks, Coach Arians and I came to the conclusion that we needed to make this change,” Jason Licht, the team’s general manager, said in a statement. “We are disappointed that it did not work out here for Vernon and we wish him continued success moving forward."

Hargreaves was a Wharton High School graduate. He was drafted by the Bucs in the first round of the 2016 NFL draft.

He started all nine games of the 2019 regular season and had 40 tackles, one interception, four passes defensed and one fumble recovery.

Head coach Bruce Arians benched Hargreaves during Sunday’s game against the Arizona Cardinals because “he didn’t look like he was hustling to go in for a tackle,” Arians said that day.