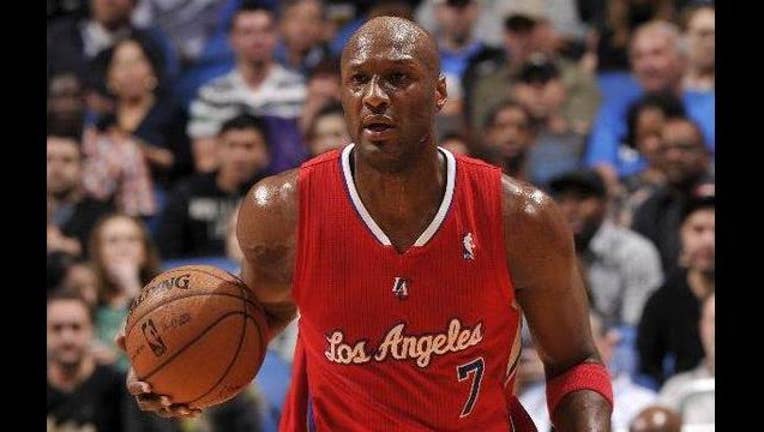 PAHRUMP, Nev. (FOX13) - Authorities say former NBA and reality TV star Lamar Odom has been hospitalized after he was found unconscious at a Nevada brothel.

Nye County Sheriff Sharon A. Wehrly says the department got a call Tuesday afternoon requesting an ambulance for an unresponsive man at the Love Ranch in Crystal, Nevada about 70 miles outside of Las Vegas.

A sheriff's statement says Odom was stabilized and taken to Desert View Hospital in nearby Pahrump.

Officials then tried to have him flown to a Las Vegas hospital, but he was too tall for the helicopter that was available and he was driven by ambulance.

There was no further word on Odom's condition.

The 35-year-old retired from the NBA in 2013 and saw reality TV fame through his four-year marriage to Khloe Kardashian.