NEW YORK - Major League Baseball had previously held off formally imposing a 60-game schedule Tuesday on its feuding players while negotiating an operations manual, but was on track to start the season from July 23-26 in empty ballparks.

Owners and players have spent more than three months of mostly fruitless talks on how to play amid the coronavirus pandemic.

A day after the players’ association rejected a negotiated agreement to account for the financial fallout of the virus outbreak, Commissioner Rob Manfred was hoping to announce a schedule. It would be MLB’s shortest since the 1878 National League season.

There was still one issue in the manual of protocols still unresolved, several people said.

In a twist, the sides intend to expand the designated hitter to games involving National League teams and institute the radical innovation of starting extra innings with a runner on second base. Those provisions were in the agreement the union rejected Monday but were to survive as part of the operations manual.

The union committed its members to start reporting July 1 — those who decide to report. High-risk individuals would be allowed to opt-out and still receive salary and service time, but others who sit out would get neither money nor the service credit needed for eligibility for free agency and salary arbitration. 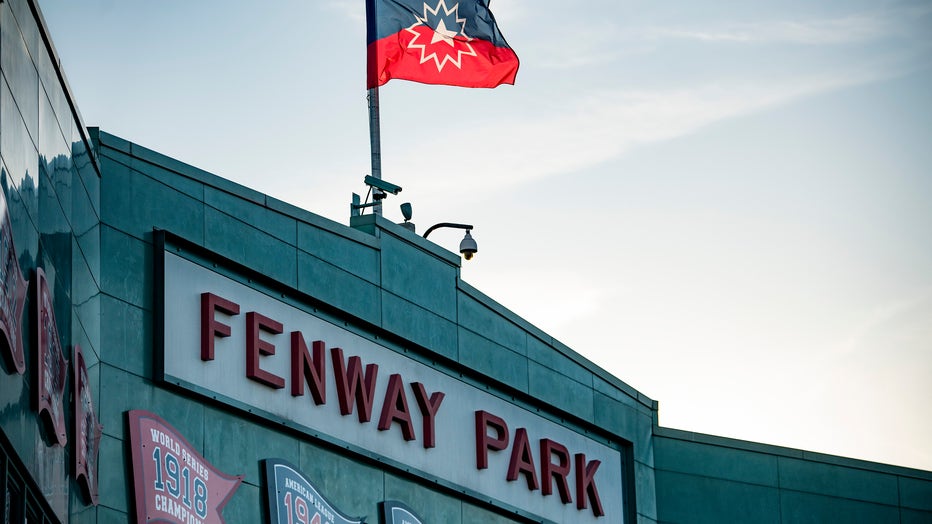 BOSTON, MA - JUNE 18: A flag in recognition of Juneteenth is displayed as the Major League Baseball season is postponed due the coronavirus pandemic on June 18, 2020 at Fenway Park in Boston, Massachusetts. (Photo by Billie Weiss/Boston Red Sox/Getty

MLB originally hoped to be the first U.S. major league to return, with an 82-game schedule starting around the Fourth of July, but public sniping broke out between management and players who distrust teams' claims of economic losses following years of franchise appreciation. MLB claimed that without gate-related revenue it would lose $640,000 for each additional regular-season game, a figure the union disputed.

MLB became exasperated with the union's leadership team, headed by former All-Star first baseman Tony Clark and Bruce Meyer, a litigator hired in August 2018. Manfred and Deputy Commissioner Dan Halem were infuriated when Clark said he considered the result of a one-on-one meeting with Manfred last week a proposal rather than what MLB termed a framework for a deal.

Depending on a final decision on when to start, the season would be played in roughly 64-67 days and would be scheduled to end Sept. 27. That would leave little margin to make up September rainouts.

Players would be given staggered reporting times over several days for intake screening. The time will be used for coronavirus testing ahead of the resumption of workouts, which were stopped March 12 due to the pandemic.

Under terms of the deal, the sides reached on March 26, which was to have been opening day, players would receive prorated portions of their salaries if the 60-game schedule is not cut short by the virus. Salaries originally totaled $4 billion, and the prorated portion of about 37% reduces pay to $1.48 billion.

With no minor leagues, teams would be allowed to retain 60 players each. Active rosters would be 30 during the first two weeks of the season, 28 during the second two weeks and 26 after that.

MLB initially had sought last month in its initial economic proposal to reduce pay to about $1 billion, and players vowed not to give up full prorated pay and proposed a 114-game schedule that amounted to $2.8 billion.

The relationship deteriorated back to the level of the labor wars that led to eight work stoppages from 1972-95, and the union has threatened a grievance claiming MLB didn’t fulfill the provision in the March deal requiring the longest season economically feasible, conditioned by several other provisions. MLB would claim the union bargained in bad faith, and the case would be argued before arbitrator Mark Irvings.

That would be a prelude to the expiration of the current labor contract on Dec. 1, 2021, which likely will be followed by a lockout.