Gronkowski is used to the sideline chatter

TAMPA, Fla. - Tom Brady's performance over the last month has been under a barrage of criticism from former NFL players who are now TV analysts.

The blame isn't on Brady, rather it's on Arians' scheme of, "No risk it, no biscuit." They're saying it's not a match.

Rob Gronkowski knows Brady best and he says he's not surprised about all of the chatter.

"I'm not really surprised with the criticism," said Gronkowski. "When you lose games that's what happens. It's always been like that throughout my career, but Tom is doing a great job."

In the final stretch of the regular season, Gronk knows firsthand the results have to change. 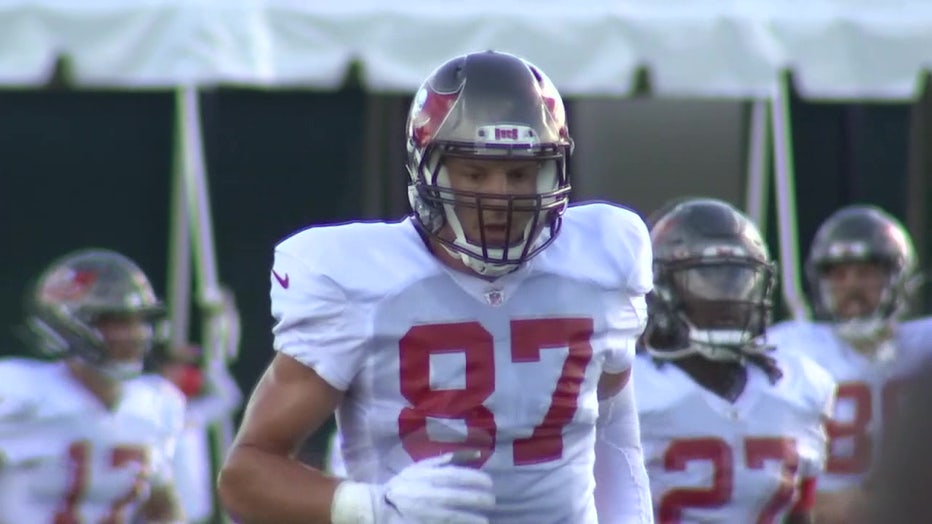 Gronkowski predicted in training camp that he would only finish with around 400 yards receiving in his first year with the Bucs. That's about half of what his average was in New England during his nine-year career with the Patriots. He's already exceeded that with four games to go. Gronk is actually third among all NFC tight ends with 505 yards and he's coming off his best game with the Bucs -- six receptions for 106 yards.

"I think I remember that smile,” Gronkowski said. "That was when Shady (LeSean McCoy) was talking to me about how many yards he would have if he was quarterback. So I said about 400 so I'm glad I surpassed that than with Tom as the quarterback."

There were a lot of questions about Gronk's lack of production in the first month, not anymore. Bucs tight end coach Rick Christophel wasn't aware of how well Gronk is stacking up in the NFC, but he sees why he's destined for the Hall of Fame.

“I think one of the things is getting acclimated to the offense [and] getting acclimated to where he fits in and his role,” explained Christophel.  "Of course, being familiar with Tom has helped and that makes a big difference. It’s also getting himself back into game shape and getting those things done. You don’t say he’s on a pitch count, but you kind of watch some of the reps he takes and try to make sure we’re getting him in the right position and the right places at the right times. I think that’s helped him and I think that’s why you’ve seen the improvement.”