Soccer is an international affair at USF

The Bulls’ recruiting is worldwide, with players that span the globe; seven of 11 starters come from other countries -- from Australia to Sweden to the United States.&nbsp;

TAMPA, Fla. - Up and down the Bulls' men's soccer roster are players that span the globe. Among their 11 starters, seven come from other countries -- from Australia to Sweden to the United States.

The Bulls’ recruiting is worldwide.

"They get the best of both worlds,” said Bulls head coach Bob Butehorn. "They get an education and play the sport they love. For us, it's a natural attraction, and when they want to come to Florida, especially Tampa, it's an easy sell, right?”

Marcus Murphy only had to travel from Jacksonville and is one of just four starters from the U.S.

"That concerned me at first because I would think that people from similar locations would kind of stick together, but I was completely wrong,” said Murphy. "The locker-room environment is such a tight bond. On the field it's even tighter." 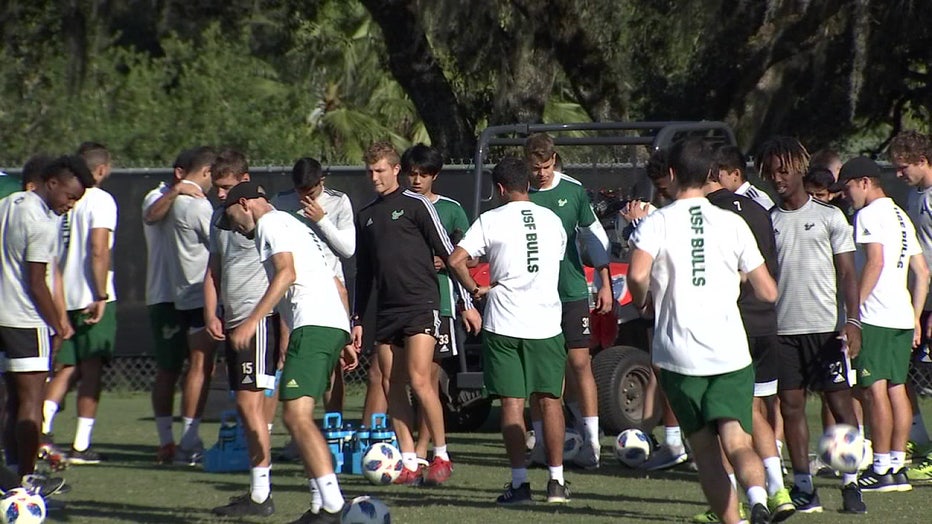 Harrison Devenish-Meares takes the honors for the longest commute. He comes from down under --Sydney, Australia.

"That tends to be the case with soccer programs across the country,” said Devenish-Meares. "It tends to be an international affair. We love experiencing the American culture. It's why we've come here. Not just to play, but also learn our new home."

With a majority of the starting lineup from all different countries, there are multiple languages being spoken on the field during games. But there is one universal language all of the players understand.

"Usually it's based upon yelling at each other,” laughed Butehorn. "Because one is not getting back or passing the ball. Generally they all understand it." 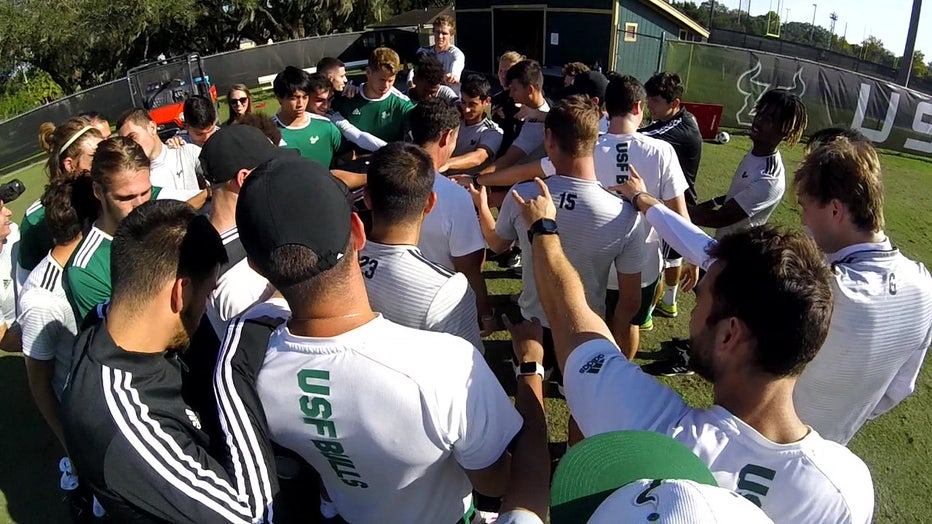 "We definitely can read off the energy that people give off,” offered Murphy. "Just by the tone of their voice, you can kind of tell what they want."

The Bulls have a unique blend of talent that's bridging gaps with different cultures.

"The thing I love about bringing a lot of kids from different backgrounds, cultures, that kind of stuff,” said Butehorn, "it takes away that ignorance disease. They learn it's just about other things and lot of other ways. They learn to appreciate it. Friendships kind of bond from there."

"My Spanish has improved so much and I have conversations in Spanish now,” added Devenish-Meares. "I now can also cook French food. It does bring everyone together."