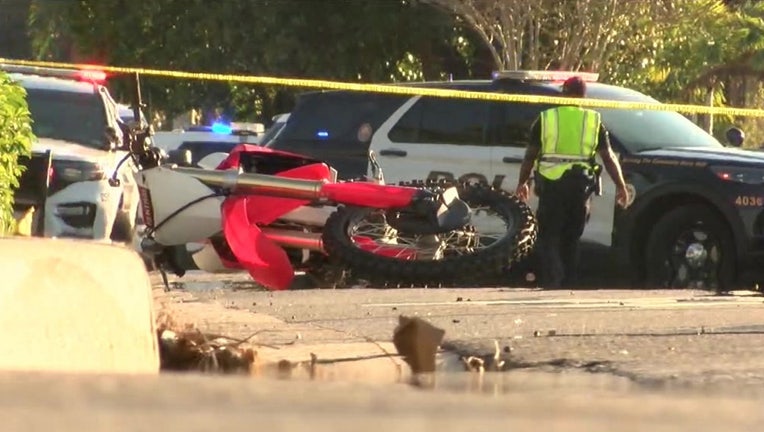 BOYNTON BEACH, Fla. - A 13-year-old boy on a dirt bike died on Sunday during an attempted traffic stop by an officer in South Florida, authorities said.

The Florida Highway Patrol will be the lead agency investigating what happened, authorities said.

"Our hearts go out to the family members of this young person, and they can trust that we and our law enforcement partners will be conducting a series of thorough and meticulous investigations into the circumstances of what occurred," Boynton Beach Chief Michael Gregory said in a statement.

The officer involved will be placed on administrative leave pending the outcome of the investigations, as is department policy, the news release said. 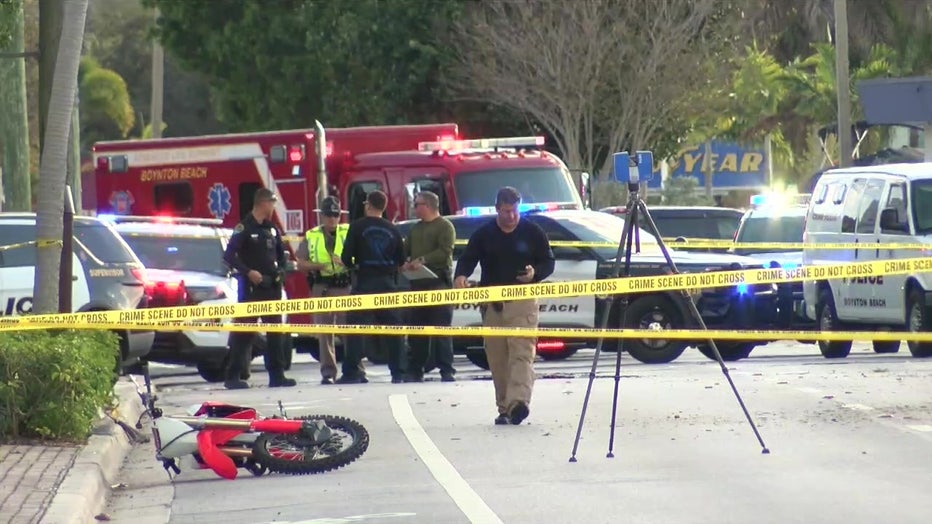