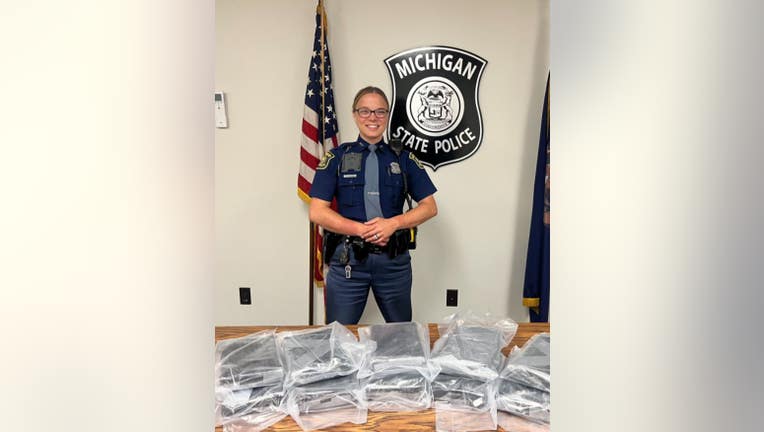 A man was pulled over on westbound I-94 near Marshall in Calhoun County on July 27. In addition to the man driving, there were two women and two young children unrestrained, police said.

According to police, the adults, who were later identified as Daquane Wilson, 27, Jadzia Cobeo, 50, and Nedra Thompson, 50, "were displaying indicators of criminal activity." Wilson allegedly consented to a vehicle search then fled.

Later, the vehicle was found unoccupied on Old US-27, north of I-94. Twenty pounds of cocaine was scattered around the vehicle, police said.

"The street value of the cocaine seized is approximately $985,000, where cocaine is sold by the gram," said D/Lt. Tim Blanksvard of the Southwest Enforcement Team.

An MSP K-9 team responded to the scene, and found Wilson in an outbuilding holding a baby, while troopers found Cobeo standing in waist high swamp water, holding a toddler. Thompson was arrested as well, though police didn't detail how she was found.

All three suspects, who are from New York, were arraigned July 28.

Read Next: Feds find pounds of fentanyl hidden in rafters during raid

Wilson and Cobeo are facing fleeing and eluding, resisting and obstructing, possession with intent to deliver over 1,000 grams of cocaine, and fourth-degree child abuse charges.

Thompson was charged with possession with intent to deliver over 1,000 grams of cocaine, and uttering and publishing counterfeit United States currency.