VALRICO, Fla. - The Alafia River’s water levels peaked around 18.4 feet Friday evening, surrounding nearby homes in Hillsborough County with water and stranding residents over the weekend after Hurricane Ian tore across Florida the week before.

The number of Floridians who have died due to the Category 4 storm rose to 47 Sunday as officials in counties from Lee to Volusia assess the damage and rescue those still trapped in their homes.

Residents south of Lithia Pinecrest Road watched as the water rose toward their front doors. Some got lucky. Others had floodwater overtake their land.

"My room is underwater, like halfway. All the stuff in there is just drenched," said Nicholas Johnson, who was knee-deep in water inside his home.

Johnson is one of many people helping out his neighbors who can’t access their homes, and those who were stuck because there was no safe way out. 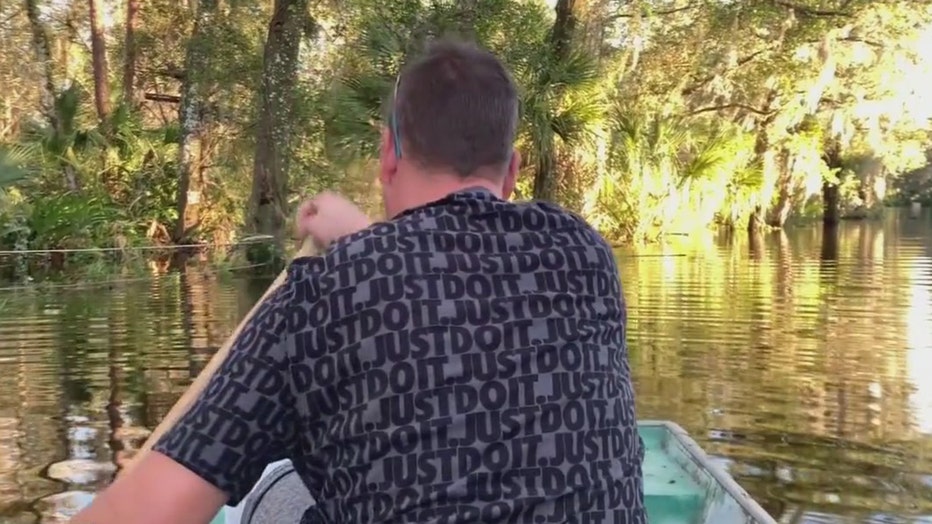 He took them to and from their properties with his canoe.

"People are coming back after the storm and everything, and they want to see what happened with their houses and stuff like that," said Johnson.

Flooding isn’t anything new for a lot of people who live near the Alafia River.

"I’ve lived here since I was eight, so kinda used to it. It was a lot worse in 2017 with Irma, because it went all the way to Lithia Pinecrest Road," said Melanie Hood. 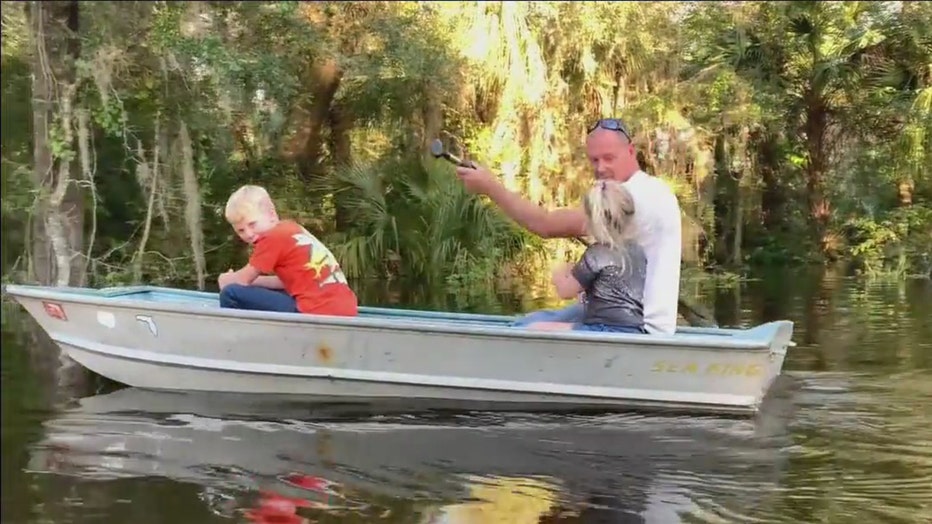 Hood said her home is fine after Hurricane Ian.

"It’s more of an inconvenience, but a lot of gratefulness that our home is OK. I was really worried about trees falling into it and possibly it blowing away if we got hit head on, so relief, there’s a lot of relief," Hood said. 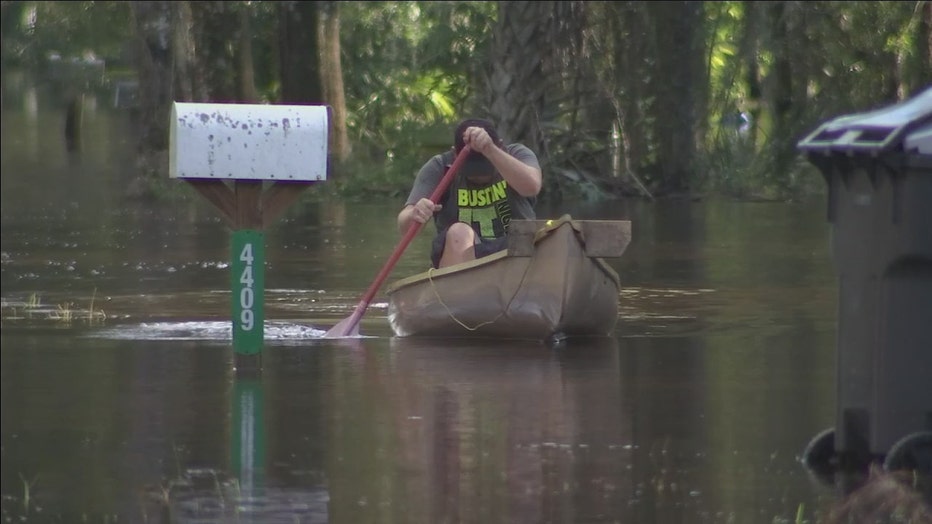 Neighbors are now anxiously waiting for the water levels to recede and for the power to turn back on.