How to make the Flaming Hot Cheetos Funnel Cake

Mama June walks Tony Sadiku through the process of deep-frying Flaming Hot Cheetos as she prepares a new treat for the 2021 Florida State Fair.

Beginning April 22, visitors will be able to indulge in nearly a dozen fair food creations that are new for this year, along with all of the classic yummy treats you'd expect to find at the fair.

The Florida State Fair, which was first held in Tampa in 1904, is one of the biggest events in the state, and boasts the largest Midway in the US. Though this year's fair was rescheduled due to the pandemic, it's usually the first State Fair of the year, which means it is known for debuting all of the new, unique fair foods.

Here are just some of the new treats available to try: 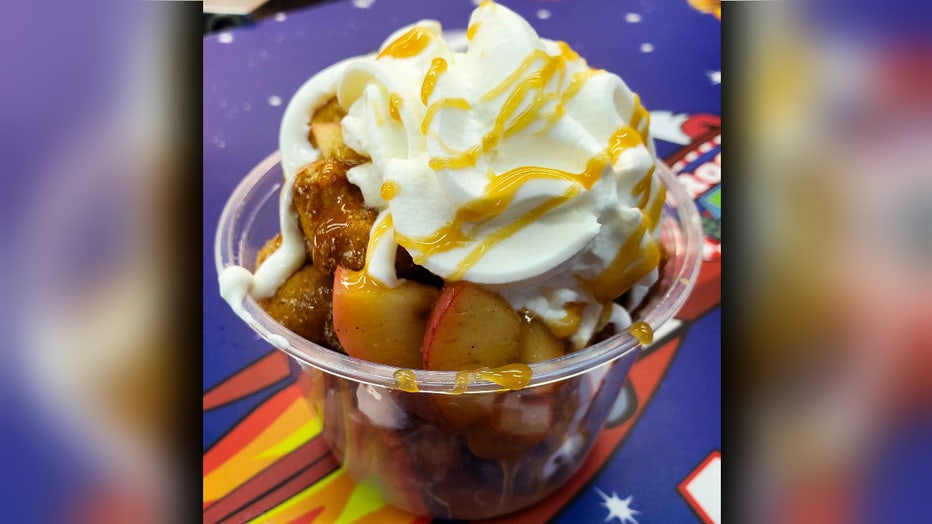 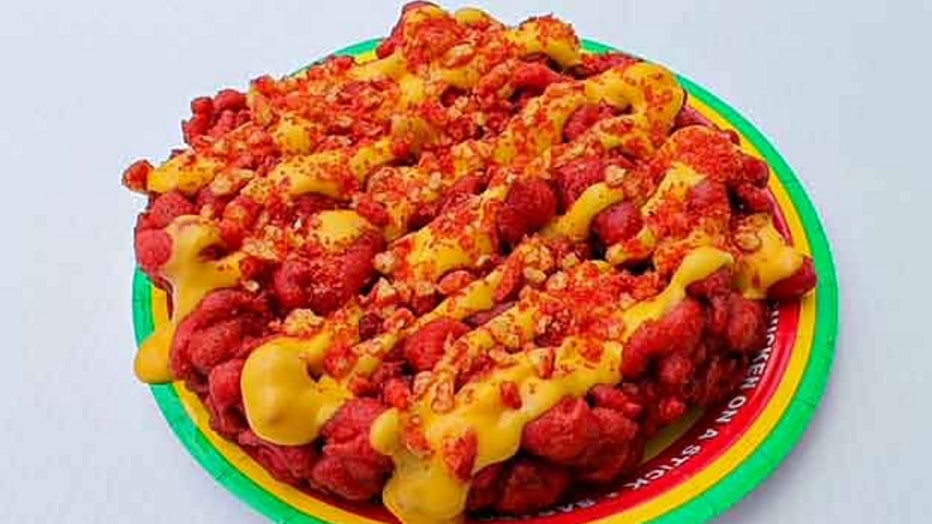 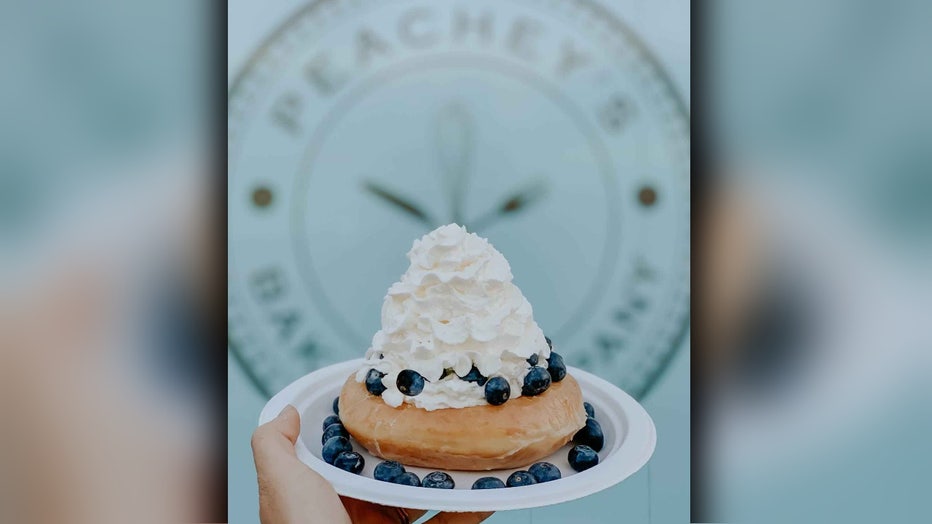 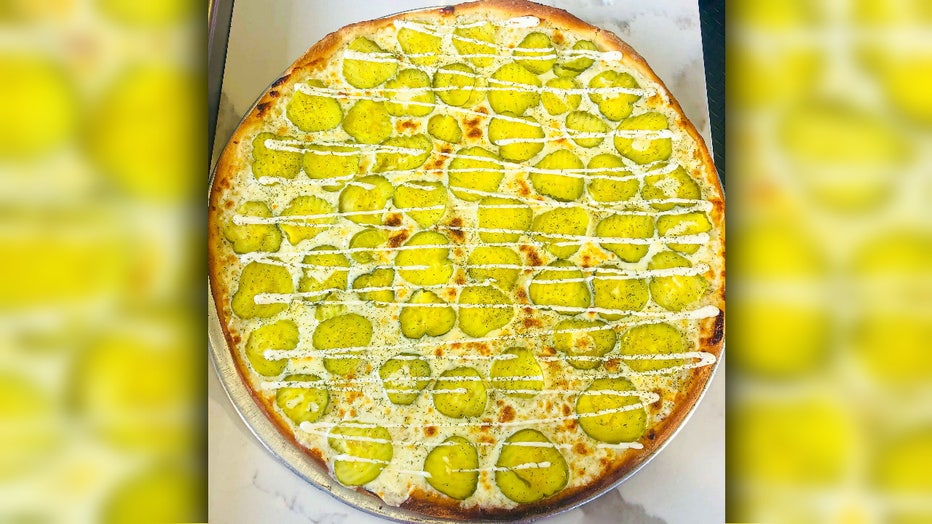 Pickle Pizza: Pickles and pizza are an uncommon pair, but Angela’s Concessions found a way to pair them together. The Pickle Pizza is made with a white garlic sauce base, topped with mozzarella cheese and dill pickles. After it comes out of the oven, 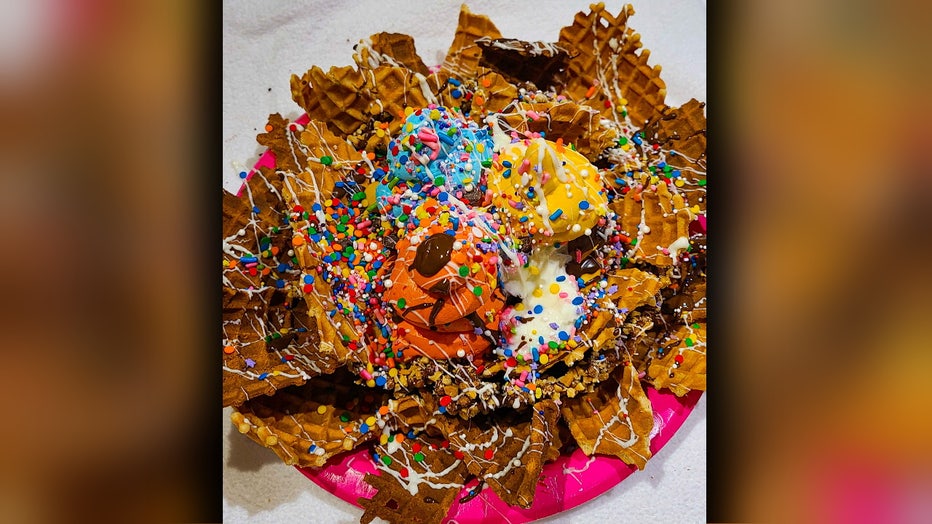 Gelato Nachos: Brought to you by Funky Flamingo, the gelato nachos feature soft-serve gelato in flavors like salted caramel, tutti frutti, espresso and cheesecake. The chips and shells are made from their super top-secret stroopwafel recipe for a uni 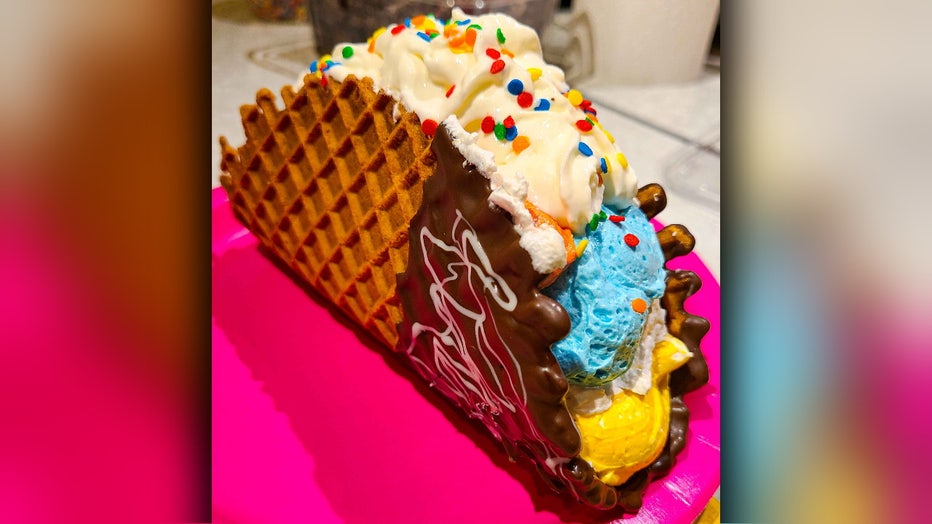 Gelato Taco: Funky Flamingo's gelato taco features the same fun gelato flavors as the nachos as well as the stroopwafel shell -- but in a convenient handheld form! 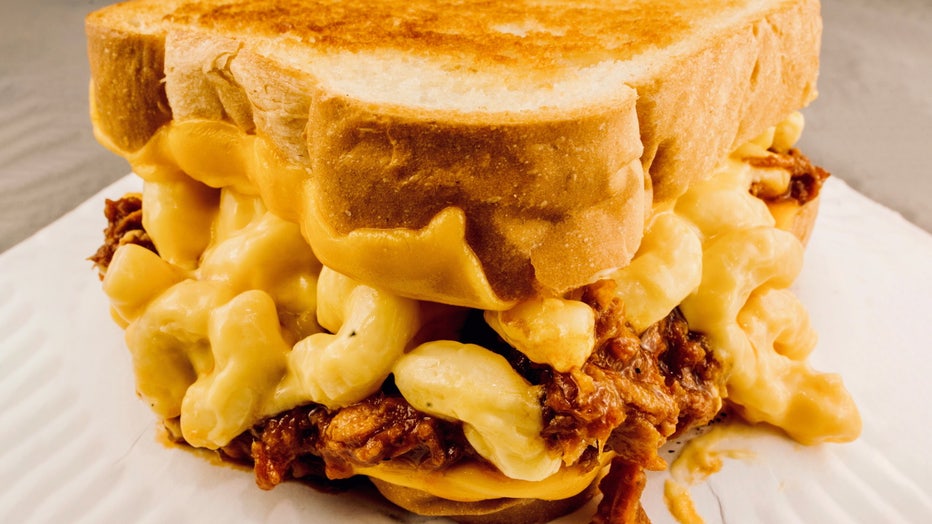 The Pig Rig: This year Low N’ Slow is bringing mac and cheese and BBQ together for the ultimate guilty pleasure. The Pig Rig is a grilled cheese stuffed with BBQ pulled pork and mac n’ cheese finished with their signature BBQ sauce. 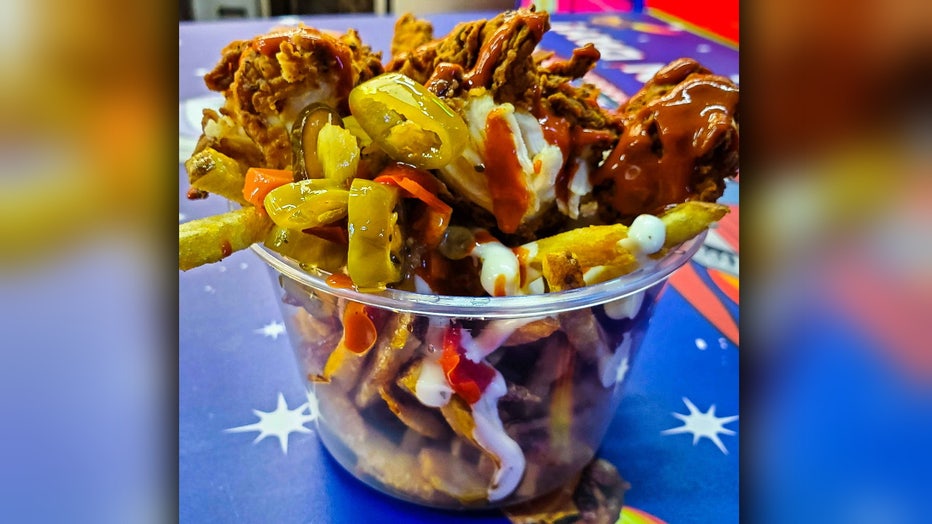 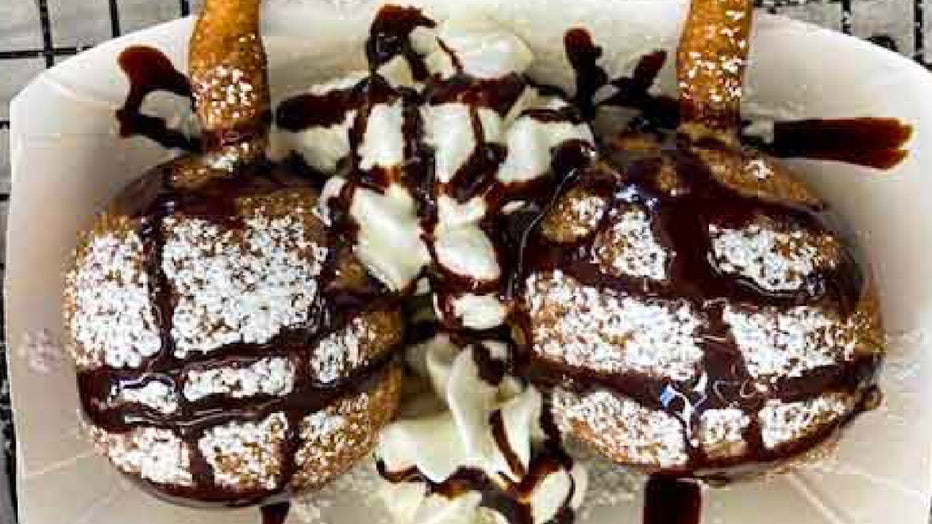 Deep-Fried Molten Lava Cake: Carousel Foods has taken a molten lava cake, dipped it in funnel cake batter, then deep-fried it to perfection. 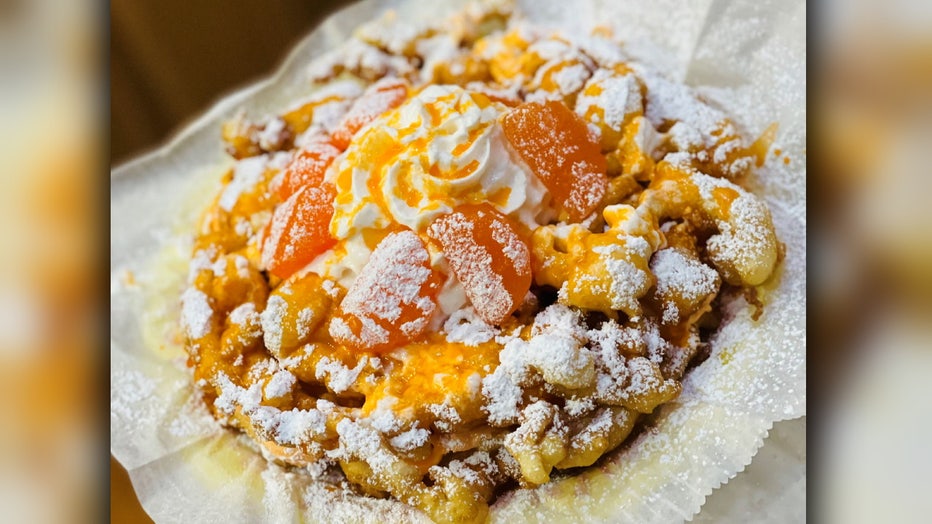 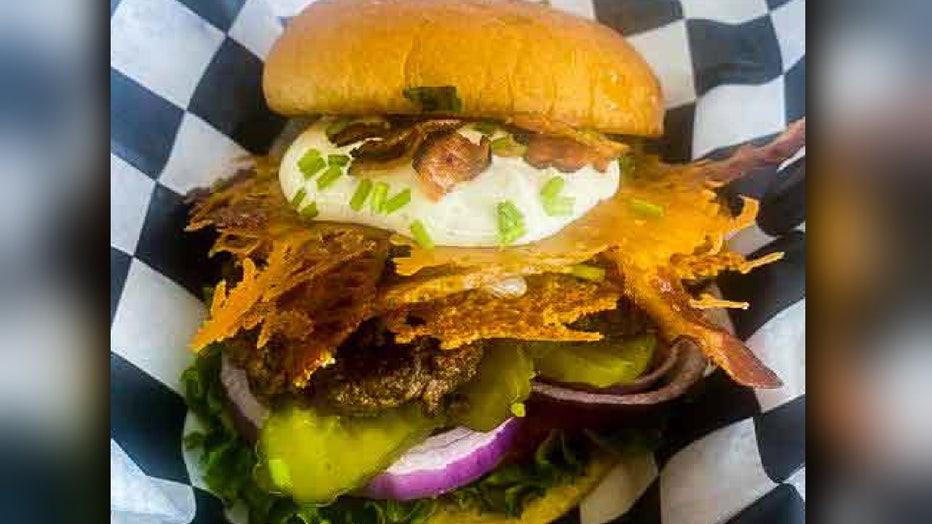 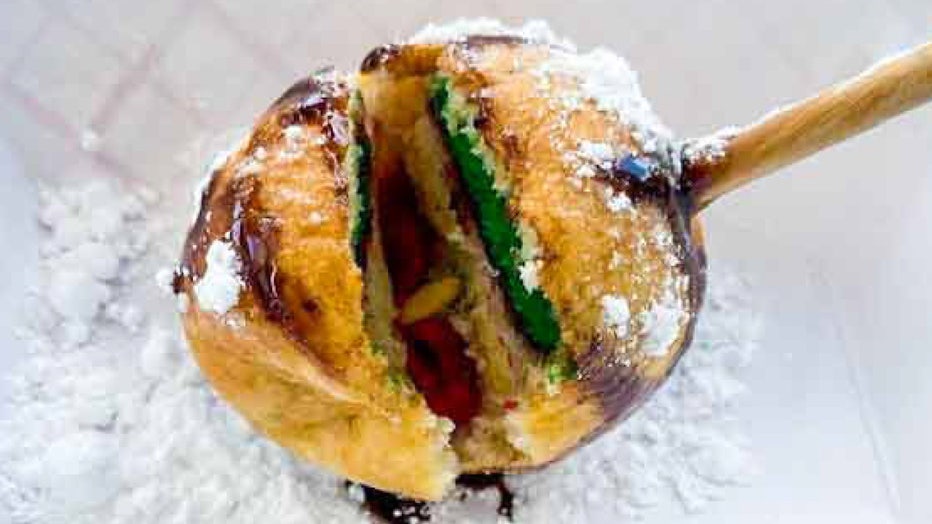 Deep-Fried Rainbow Cookie: New from Paul's Concessions - an Italian rainbow cookie from New York dipped in a sweet batter, deep-fried and put on a stick with powder sugar. 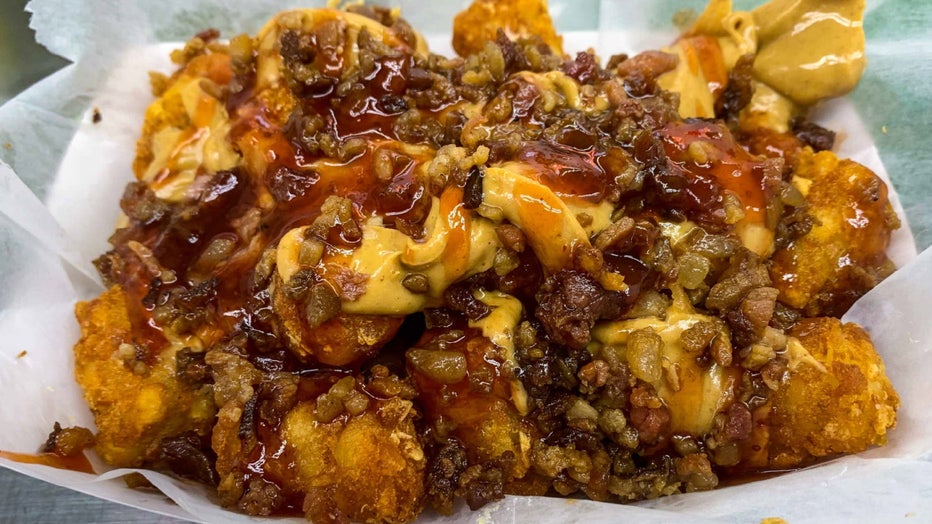 Editor's note: Photos and food descriptions are courtesy of the Florida State Fair.