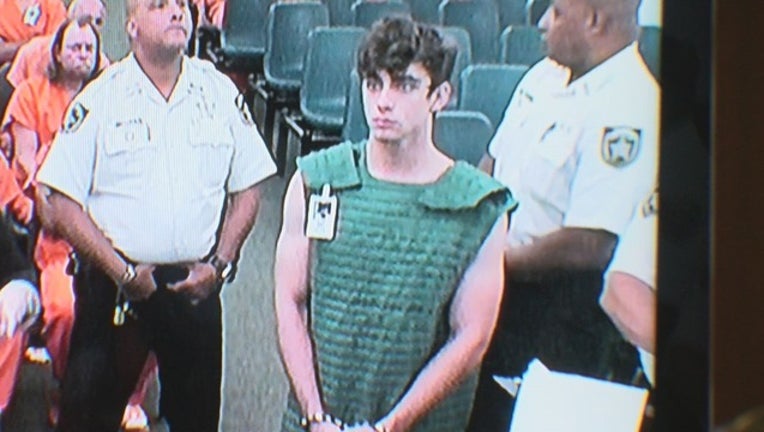 TAMPA (FOX 13) - The driver of a Ford Mustang accused of hitting and killing a young mother and her toddler on Bayshore Boulevard was released on a $50,000 bond Saturday evening.

A judge granted 18-year-old Cameron Herrin a bond of $50,000 at a Saturday morning hearing. The conditions include no driving, wearing a GPS monitor, and no contact with the co-defendants.

He must also surrender his passport and may only travel to Hillsborough and Pinellas counties.

According to police, Herrin was driving his Mustang with his 20-year-old brother as his passenger around noon on Wednesday. Investigators said Herrin was street racing with another vehicle driven by 17-year-old John Barrineau.

Herrin's vehicle allegedly hit 24-year-old Jessica Raubenolt, who was pushing her almost 2-year-old daughter in a stroller. Raubenolt and her daughter were rushed to a nearby hospital, where they both later died.