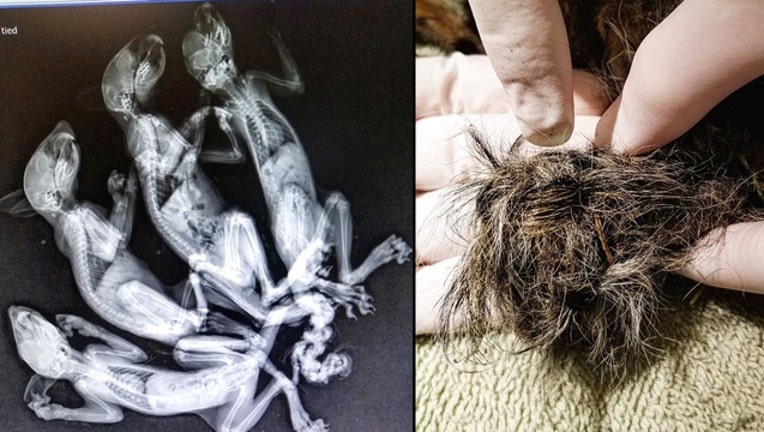 The Kensington Bird and Animal Hospital in Berlin said in a Facebook post Thursday that the animals are recovering, but their tails are broken and may need to be amputated.

It says tail knotting does happen naturally in the wild, but that this appears to be the act of a person.

The hospital stresses that animal abuse is “never OK” and that it should always be reported.