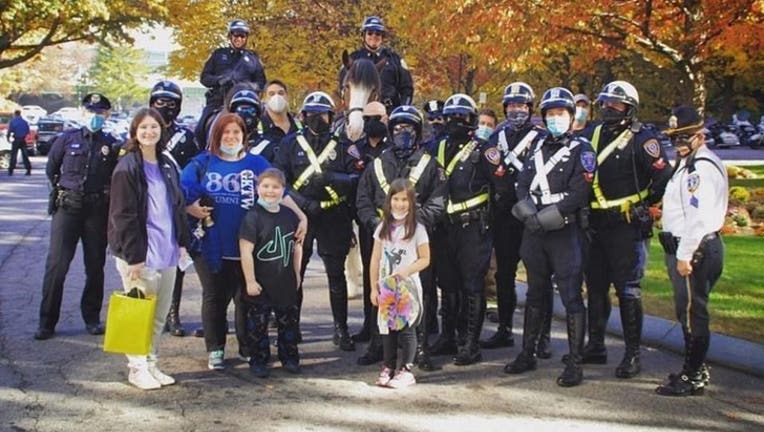 PROVIDENCE, R.I. - A 9-year-old child arrived at Rhode Island Hospital for his last scheduled treatment for cancer flanked by a police escort, including more than half a dozen motorcycles, the police said.

RELATED: Single foster dad adopts five siblings so they can all stay together

The post said officers from Warwick, Bristol, Cranston, Portsmouth and Woonsocket Police Departments and the Cranston Fire Department were a part of the escort.

A Cranston police officer and her husband, who is a firefighter with the town, organized the effort, WPRI reported. Their son recovered from cancer last spring.

The department said in its post the new effort to escort children on their last day of treatment was a statewide initiative.