LOUISVILLE, Ky. - In the wake of the decision not to prosecute Kentucky police officers for killing Breonna Taylor, authorities and activists alike wrestled Thursday with the question of what comes next amid continued demands for justice in the Black woman's death.

“The question obviously is: What do we do with this pain?” Louisville Mayor Greg Fischer said during a news conference. “There is no one answer, no easy answer to that question.”

Fischer pleaded for calm a day after peaceful protests in Louisville turned violent, and a gunman shot and wounded two police officers. Activists vowed to press on with their cause after a grand jury Wednesday failed to bring homicide charges against the officers who burst into Taylor's apartment during a drug investigation in March.

Taylor, an emergency medical worker, was shot multiple times by White officers after Taylor's boyfriend fired on them, according to authorities. Police entered on a warrant connected to a suspect who did not live there, and no drugs were found inside. 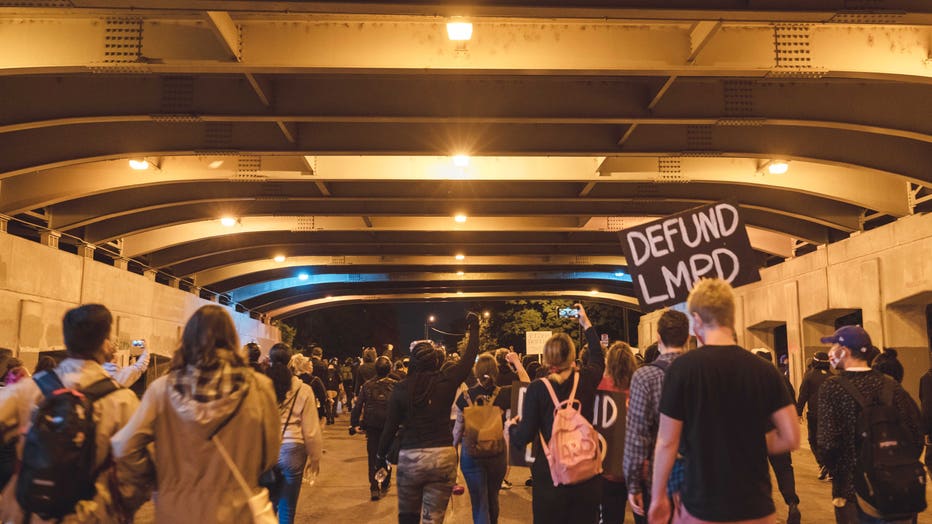 Protesters march under an overpass downtown on Sept. 23, 2020 in Louisville, Kentucky. (Photo by Jon Cherry/Getty Images)

State Attorney General Daniel Cameron said the investigation showed officers were acting in self-defense; one was wounded. A single officer was charged Wednesday with wanton endangerment for firing into neighboring apartments.

The only possibility for criminal charges against the officers for the killing itself now seems to rest with the U.S. Justice Department. The FBI is still investigating whether Taylor’s civil rights were violated. But the burden of proof for such cases is very high, with prosecutors having to prove officers knew they were acting illegally and made a willful decision to cause someone’s death.

The Justice Department has said that a “mistake, fear, misperception or even poor judgment does not constitute willful conduct prosecutable under the statute.”

Returning Thursday to the park in downtown Louisville that has been the hub for protesters, Reginique Jones said she’ll keep pressing for increased police accountability and for a statewide ban on “no-knock” warrants — the kind issued in the Taylor case, though Cameron said the investigation showed police did announce themselves before entering.

RELATED: Wanton endangerment: What do charges against officer in Breonna Taylor case mean?

“I believe that we are going to get past this,” Jones said. “We can still get some justice.”

Taylor’s family planned to weigh in at a news conference scheduled for Friday morning in the park that's become known as Injustice Square.

Demonstrators continued to gather there Thursday, while others marched through downtown.

Kenyatta Hicks said he’s encouraged by increasingly diverse crowds that have turned out to protest.

“Nobody should give up,” Hicks said.

Activists, celebrities and everyday Americans have called for charges against police since Taylor's death. Along with George Floyd, a Black man killed by police in Minneapolis, Taylor’s name became a rallying cry during nationwide protests this summer that drew attention to entrenched racism and demanded police reform.

The cover image of Taylor was created by 24-year-old digital artist Alexis Franklin and is set to hit newsstands on Aug. 11.

Police also said they arrested 127 people after what began as peaceful protests. Officers declared an unlawful assembly after they said fires were set in garbage cans and several vehicles were damaged. A police statement also described the “looting” of several stores.

Two police officers were shot in Louisville as protests erupted in the Kentucky city.

The grand jury's decision set off a new wave of protests in U.S. cities, some of them marred by violence.

Seattle police said multiple officers were injured during demonstrations Wednesday, including one struck in the head by a baseball bat that cracked his helmet. They were also investigating a video that apparently shows an officer’s bike rolling over someone’s head. In Portland, Oregon, people hurled Molotov cocktails at officers. Denver police said a man was detained after driving his car through a group of protesters, though none were reported injured.

Though protests in Louisville began peacefully, officers declared an unlawful assembly after they said fires were set in garbage cans, several vehicles were damaged and stores were broken into. Mayor Fischer put in place a curfew through the weekend, and Gov. Andy Beshear called up the National Guard for “limited missions.”

Larynzo D. Johnson, 26, was charged with shooting two Louisville police officers. An arrest citation said police had video of Johnson firing at officers. Court records did not list a lawyer for Johnson, who was scheduled for arraignment Friday. 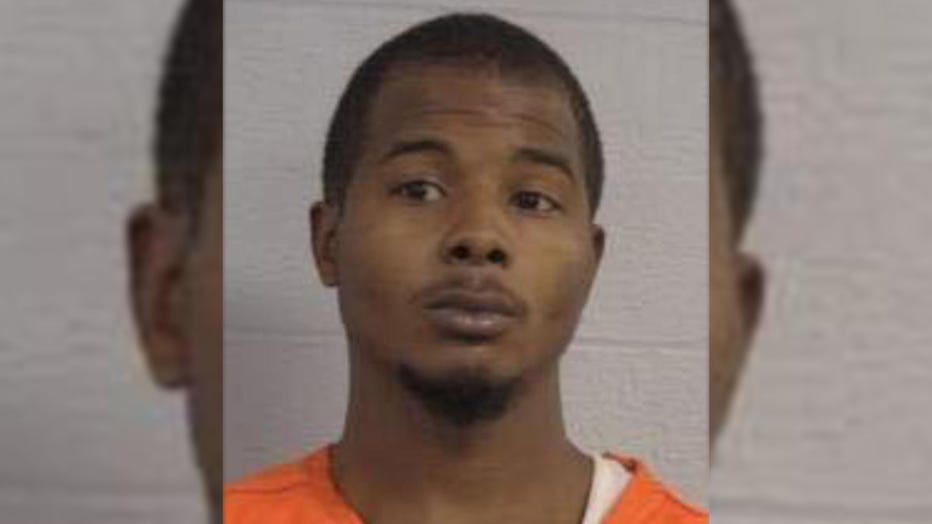 Maj. Aubrey Gregory, with the department for more than 20 years, was shot in the hip and has been released from the hospital. Officer Robinson Desroches, who joined the force 18 months ago, was shot in the abdomen and underwent surgery.

In Washington, Senate Majority Leader Mitch McConnell, a Republican, called the officers’ shootings in his home state acts of “despicable cowardice that must be met with the full force of the law.”

Beshear, a Democrat, condemned the violence. The governor said President Donald Trump called him Wednesday night to offer federal assistance with protests if needed. He said they both “agreed that at this time we have appropriate levels of law enforcement or peacekeepers there.”

Since Taylor's killing, Louisville has taken some steps to address protesters' concerns. The officer who was eventually charged has been fired, and three others were put on desk duty. Louisville officials have banned no-knock warrants and hired a Black woman as the city's new permanent police chief — a first for the city.

Last week, the city agreed to more police reforms as part of a settlement that included a $12 million payment to Taylor's family. But many have expressed frustration that more has not been done.

Taylor’s case has exposed the wide gulf between public opinion on justice for those who kill Black Americans and the laws under which those officers are charged, which regularly favor police.

On Wednesday, a grand jury returned three charges of wanton endangerment against fired Officer Brett Hankison. No charges were brought against the other officers involved.

Each of the charges against Hankison carries a sentence of up to five years. His attorney, David Leightty, did not return calls requesting comment. But Leightty has previously said that Hankison's firing in June was a “cowardly political act.”

Trump told reporters Thursday that the case was a “sad thing.".

“I give my regards to the family of Breonna. I also think it’s so sad what’s happening with everything about that case, including law enforcement,” he said.

In the Louisville square where protesters have repeatedly gathered, Rose Henderson has been looking after the memorials placed there for Taylor and hopes officials won't try to remove them.

“We’re going to stay out here and hold this place,” Henderson said.