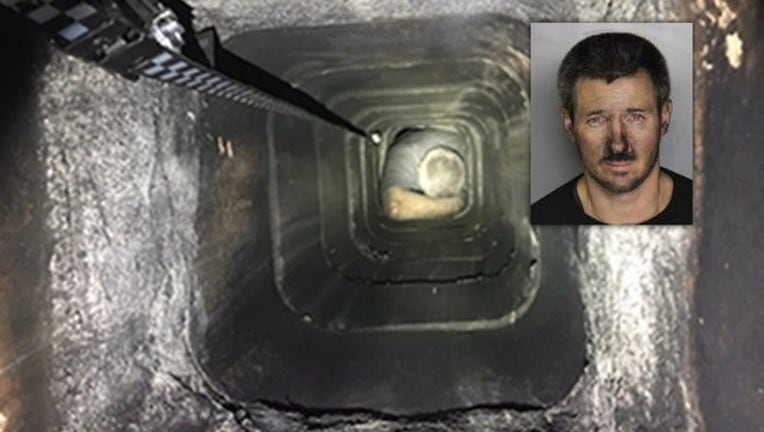 CITRUS HEIGHTS, Calif. (FOX 13) - A man got stuck in a California chimney, and it wasn’t Santa.

On Wednesday, Citrus Heights police received a 911 call from a man saying he was stuck inside a chimney at Loree’s Little Shack, a bar located on Greenback Lane.

Officers and Sacramento Metro first responders found 32-year-old Jesse Berube inside the chimney after he slid down to gain entry to the business, police say. He ended getting stuck and unable to escape. He was able to move just enough to call for help.

Fire units used special equipment to remove Berbue, who was uninjured and arrested for burglary.

Loree Lamoureaux, the business owner, said there was up to $400 worth of tips in for the employees.

“There’s lots of room for Santa, but it’s got to be the right Santa,” she said, “and not the criminal Santa.”

Berube is also a regular customer at her bar.