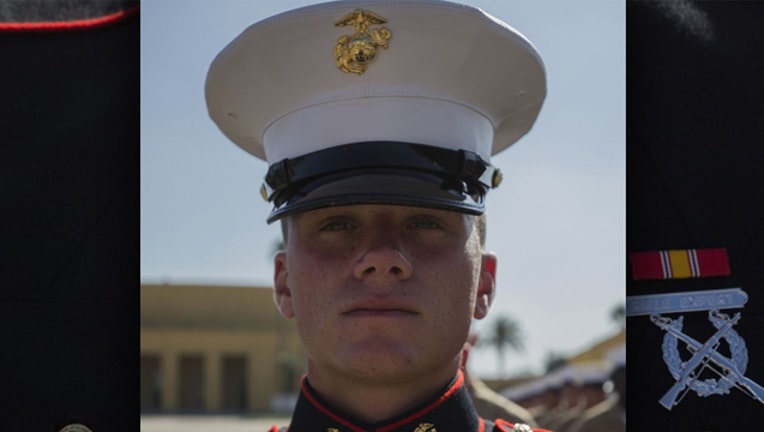 DENVER, Colo. - A Colorado teen who helped stop a school shooting in May has graduated from Marine Corps boot camp, where he is said to have further distinguished himself as his platoon's honor man.

Bialy tackled one of two shooters at STEM School outside Denver on May 7.

Eight students were injured and Bialy's friend Kendrick Castillo, 18, was killed. Bialy acted when he saw Castillo charge the gunman.

At a news conference after the shooting, Bialy said he tackled the gunman and fought back out of pure instinct.

He had signed up to be a Marine under the service's delayed entry program and went to boot camp after graduating.

"My thoughts on becoming a Marine were nothing but reinforced after the shooting," he said in a video statement last week. "What I saw that day was complete and total malevolence, bad overcome by good."

Bialy graduated from boot camp as his training platoon's guide, according to Stars & Stripes. During training, he earned a meritorious promotion to private first class.

"I don't think recruit training changed Bialy," said his drill instructor, Staff Sgt. Marcus Chestnut, according to the news outlet. "He is who he was when he first got here. I think we just gave him some additional attributes that made him a stronger man and a basically trained Marine."