Major events canceled or postponed due to COVID-19

As countries around the world begin the process of reopening amid COVID-19, many major events and larger public gatherings remain canceled for the indefinite future.

LOS ANGELES - Fears over the rapidly spreading novel coronavirus outbreak are causing authorities to take extra precautions with mass gatherings and events around the world.

As worries over COVID-19 continue to grow, so too does the list of major events and concerts that are being called off.

The vast majority of people recover from the new virus. According to the World Health Organization, people with mild illness recover in about two weeks, while those with more severe illness may take three to six weeks to recover.

But many entertainment and major event organizers aren’t taking any chances as cases of COVID-19 continue to rise globally.

"Unfortunately, the largest beer festival in the world cannot take place in 2020 due to the spread of Covid-19," according to an April 21 notice on the event's website.

The nation's biggest spelling competition will not take place in 2020. After postponing the event a month ago, organizers of the annual spelling bee determined there was “no clear path to safely set a new date in 2020” because of the coronavirus pandemic, the Associated Press reported.

The singer announced on Friday, April 17 that all upcoming performances for her 2020 tour would be canceled. U.S. and Brazil shows would be rescheduled to 2021.

RELATED: Taylor Swift cancels all upcoming appearances and performances for 2020 due to coronavirus concerns

On April 17, it was announced that the annual entertainment and comic book convention would be canceled. The next Comic-Con will take place from July 22 to 25 in 2021.

The musician announced in a press release on Friday that his tour with Jackson Browne has been postponed due to the pandemic, including his May 16 show in Houston.

The Championships, Wimbledon will not be held in 2020. Organizers announced the cancelation on April 1.

One of the longest running and most prominent music and arts festivals announced the cancellation of this years event due to COVID-19.

Festival organizers announced the cancelation on social media calling the move "our only viable option."

The 2020 Bonnaroo Music and Arts Festival, in Manchester, Tennessee was originally scheduled to occur June 11-14.

Festival organizers have moved the event to September 24-27 saying that “all current tickets and onsite accommodations (camping, tent rentals, RV, etc.) will be honored for the new weekend." 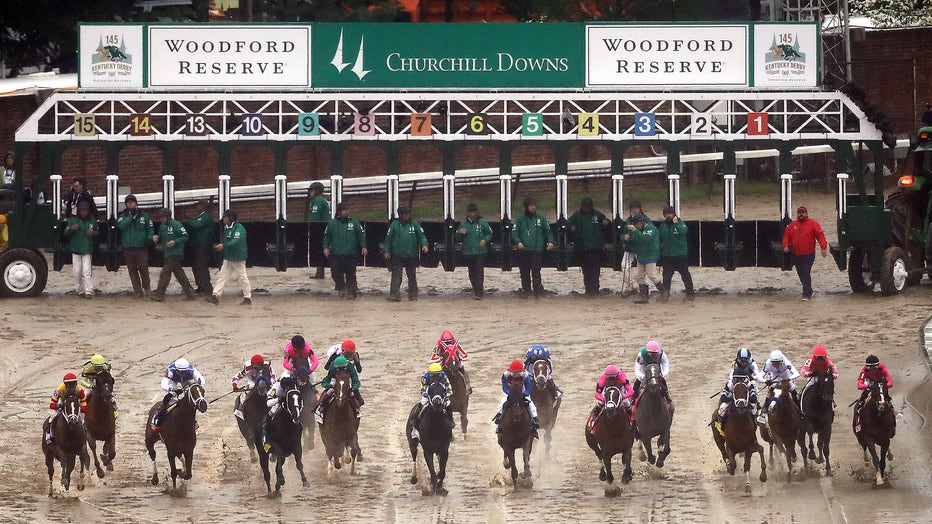 LOUISVILLE, KENTUCKY - MAY 04: The field breaks from the gate at the start of the 145th running of the Kentucky Derby at Churchill Downs on May 04, 2019 in Louisville, Kentucky. (Photo by Jamie Squire/Getty Images)

Churchill Downs postponed the Kentucky Derby until September, the latest rite of spring in sports to be struck by the new coronavirus along with the Masters, March Madness and baseball season. Instead of May 2, the race will be run Sept. 5, kicking off Labor Day weekend.

The NFL will proceed with its draft but without public events next month in Las Vegas. It's not yet clear, however, if the draft itself will be held in the city.

Commissioner Roger Goodell said Monday the draft will take place April 23-25 as scheduled, but under a modified format still being developed. The draft will be televised regardless of its venue or format.

The Met announced it would offer a nightly series of free web streams, starting Monday March 16.

The pair had been scheduled to star in Massenet's "Werther" at the Metropolitan Opera starting Monday. The Met's shutdown because of the coronavirus outbreak caused the cancellation of the first five of six scheduled performances through March 31.

Apple said it would give $1 million to organizations in San Jose, California, to help with the money they would lose from Apple canceling the in-person event. The event had been held in San Jose for the past few years. 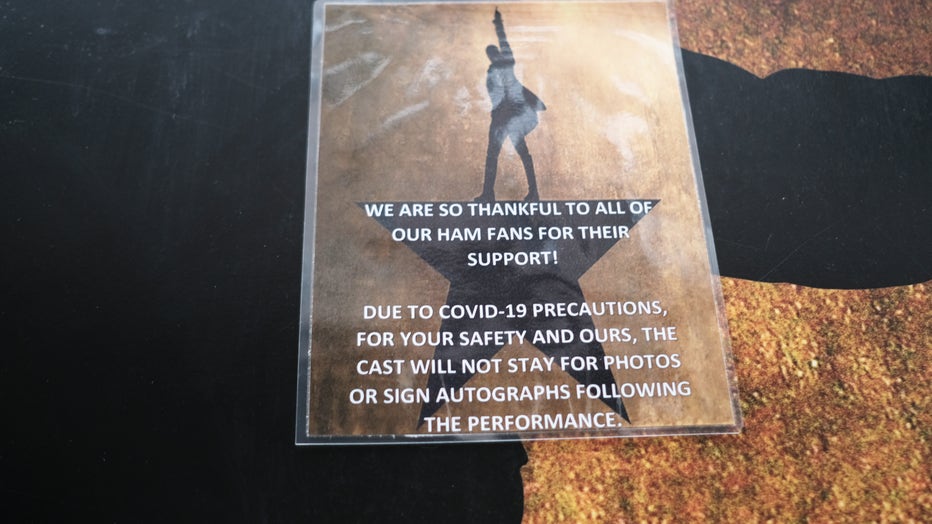 FILE - A note outside of the hit play Hamilton explains why they have closed on March 12, 2020 in New York City.

New York's governor ordered all Broadway theaters to shut their doors in the face of ongoing coronavirus concerns, plunging into darkness one of the city's most popular tourist attractions and causing turmoil in the run-up to the Tony Awards.

Gov. Andrew Cuomo on Thursday banned gatherings of 500 or more in the city, effectively forcing the hand of Broadway producers who had previously said that Broadway would be “open for business” unless advised not to by the government.

Shows will resume the week of April 13, only 10 days before the official cut-off for eligibility for the Tony Awards. Cuomo said venues of under 500 can only be filled to half their capacity.

The move comes a day after Broadway's two largest theater chains revealed that a part-time usher and security guard who worked at two theaters in recent days tested positive for COVID-19 and was under quarantine.

RELATED: This is where there are confirmed coronavirus cases in the US and around the world

The American Events promoter and venue operator based in California is reportedly planning to halt all tours around the world until the rest of the month to stop the spread of the virus.

According to Bilboard, Live Nation informed its employees that while some select shows are still scheduled, all remaining touring concerts will be canceled from now through April.

City officials announced that the largest indoor livestock exhibition and rodeo in the world would be postponed in light of the spread of the virus.

This marks the first time in the history of the event that it will be cancelled ever since it first opened 88 years ago.

This comes after 14 COVID-19 cases have been reported in the greater Houston area, including two in the City of Houston

The National Association of Broadcasters conference in Las Vegas hosts thousands of media and entertainment professionals showcasing the latest in broadcast television.

Organizers of the event announced in a release that they were moving the date of the conference to April.

Organizers of the largest video game conference of the year cancelled the event that was originally scheduled to be held at the Los Angeles Convention Center. The highly anticipated event was supposed to occur June 9-11 and was expected to unveil the new Xbox gaming console this year.

"Following increased and overwhelming concerns about the COVID-19 virus, we felt this was the best way to proceed during such an unprecedented global situation," organizers said in a release.

Event organizers said they are exploring options to coordinate an online experience in order to showcase industry announcements and news. 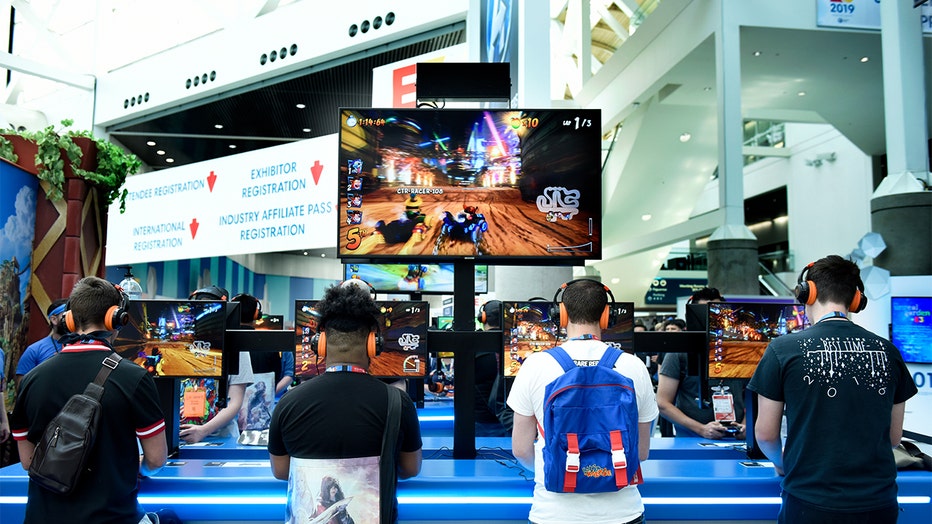 The festival is organized by concert promoter Goldenvoice, which released a statement on March 10, saying it will be rescheduled for two weekends in October.

Rage Against the Machine, Travis Scott and Frank Ocean had been scheduled to headline the April festival, which attracts tens of thousands to the desert community of Indio, California, and the nearby cities of Palm Springs and Rancho Mirago.

So far, two people infected with COVID-19 have died in California. 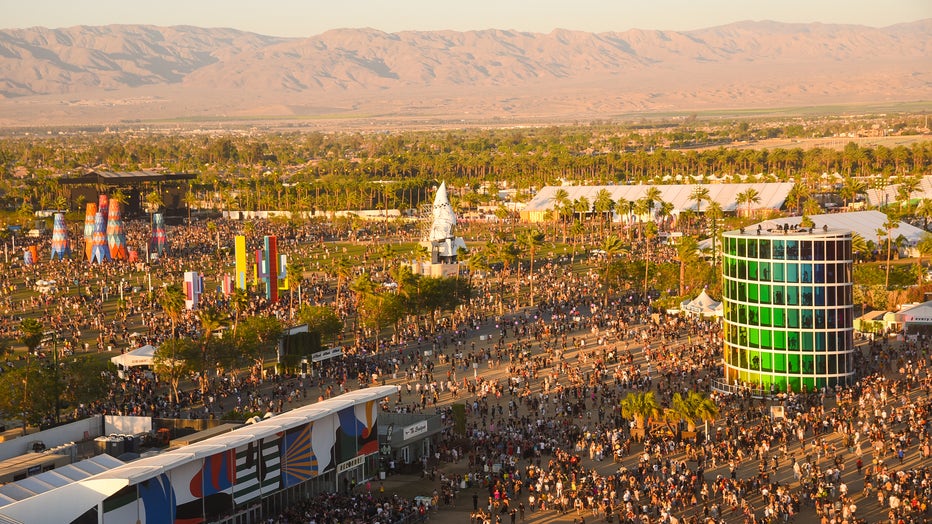 The Austin-based tech, film and music festival which draws hundreds of thousands of visitors was officially cancelled on March 6 in response to the rapidly spreading coronavirus.

Festival organizers noted that Austin Public Health had stated as recently as Wednesday that “there’s no evidence that closing SXSW or any other gatherings will make the community safer,” but the international audience the festival was expected to attract became a growing concern for local officials.

Facebook’s highly anticipated tech conference which hosts some of the greatest minds in the developer and entrepreneurial community was canceled and replaced with a combination of what Facebook is calling, “locally hosted events, videos and live streamed content.”

“We explored other ways to keep the in-person part of F8, but it’s important to us to host an inclusive event and it didn’t feel right to have F8 without our international developers in attendance,” Facebook said in a release.

From how it spreads to where it originated, here's a look at everything you need to know about the deadly contagion.

The Seattle based comic book convention decided to cancel the event after what they said was “many hours of conversation internally and consultation with local government officials and the tourism bureau.” 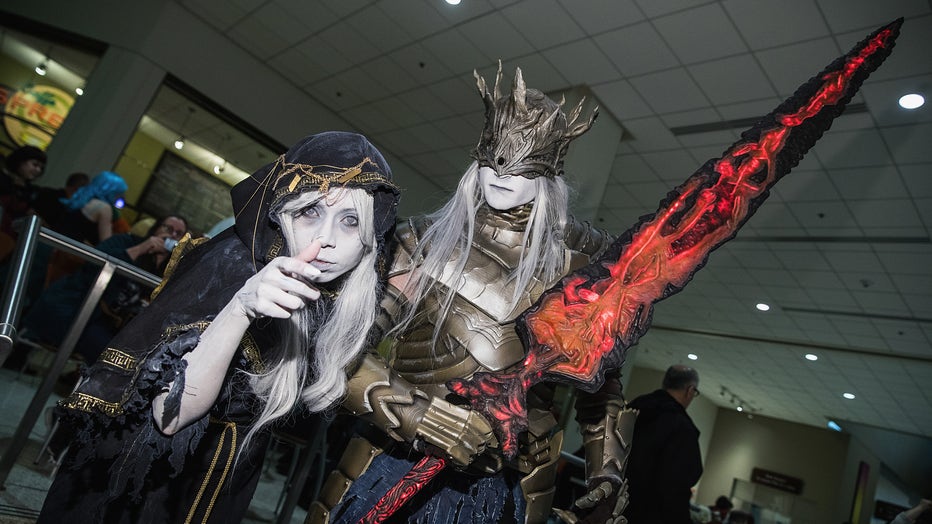 The first COVID-19 death in the U.S. was reported in Washington on Feb. 29, and since then, the number of confirmed cases has risen sharply.  Life Care Center of Kirkland, a nursing home located just 16 miles north of where Emerald City Comic Con was supposed to take place, has been at the center of the outbreak.

The three-day outdoor electronic music festival held in Miami was originally scheduled for March 20-22 but will be postponed until next year.

Organizers of the event expressed in a statement their understanding of the need to cancel the event amid the threat of the virus, saying, “there is no higher priority for us than the health, safety and physical well-being” of attendees and event staff.

RELATED: Should you cancel your trip? CDC urges travelers to avoid several countries impacted by coronavirus

Chicago: The St. Patrick's day celebrations which included several parades across in the Windy City have been postponed amid coronavirus fears.

City officials said the events would be canceled and moved to later dates.

State health officials announced March 10, that the number of coronavirus cases in Illinois has risen to 19.

Philadelphia: One of the longest-running St. Patrick's Day parades in the country was set to celebrate its 249th year, but coronavirus fears halted the festivities.

All events related to this parade were also canceled and the Philadelphia Health Department is recommending that people consider not attending public gatherings with more than 5,000 expected attendees.

New York: Governor Andrew  Cuomo announced the cancellation of the parade that has been held every year since 1762.

It draws between 1 million and 2 million spectators and about 250,000 participants, making it the largest St. Patrick's Day celebration in the world—even bigger than any parade in Ireland.

Officials said while the coronavirus threat remains low, this decision was made out of an abundance of caution for public health.

"Savannah is OK right now, and we want to keep it that way," the city said in a news release posted on Facebook.

The Southern California tennis tournament was expected to host upwards of 450,000 people, including 124,000 from outside the region. Many players already in Indian Wells practicing and preparing for the BNP Paribas Open were left scrambling when the postponement was announced. 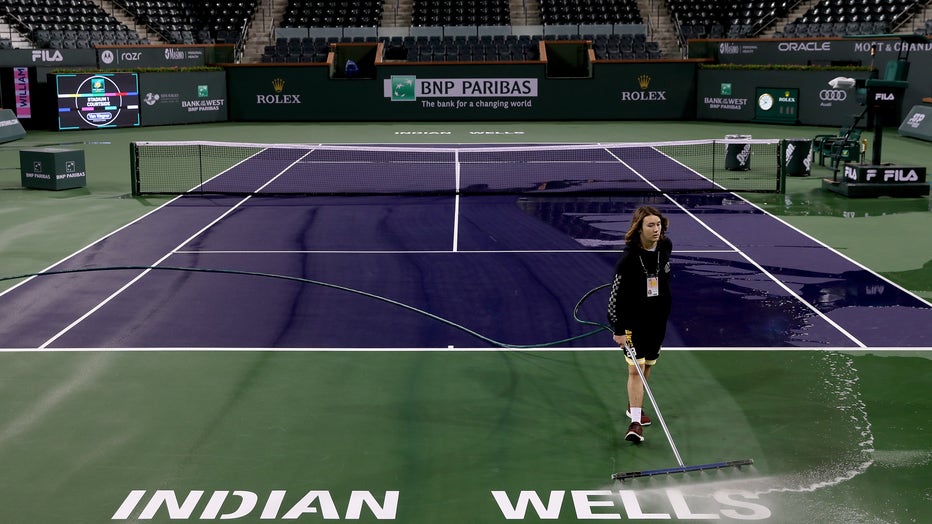 The Grammy-winning singer is among many musicians who have postponed concerts and tours amid the rapidly spreading coronavirus.

Ciara, who is pregnant, was set to perform in Texas at the grand opening of the new Fort Hood USO on March 19, but announced Saturday that the event is being postponed, according to the Associated Press.

Carey tweeted that she had to cancel a March concert in Hawaii due to “evolving international travel restrictions.”

The California based rock band announced a cancellation of a tour in Asia due to the virus, but said new dates would be announced shortly.

Lavigne informed her fans on Instagram that she would have to cancel her tour in Japan, China, Philippines and Taiwan where a majority of coronavirus cases have occurred.

The Ivy League has canceled its annual basketball tournament.

The conference announced on March 10 that it will implement "highly-restrictive, in-venue" spectator limitations for all upcoming athletic events.

Regular-season champions, Yale men and Princeton women, have been designated as the conference's automatic qualifiers to the NCAA tournament.

“We understand and share the disappointment with student-athletes, coaches and fans who will not be able to participate in these tournaments,” Ivy League Executive Director Robin Harris said in a news release. “Regrettably, the information and recommendations presented to us from public health authorities and medical professionals have convinced us that this is the most prudent decision.”