Bucky Day, the assistant principal at Kathleen Middle School, says any supply donations are welcome after a tornado damaged the building during Tropical Storm Nestor.

KATHELEEN, Fla. - The students and teachers of Kathleen Middle School in Polk County have an unexpected break from class as the district works to figure out where to put hundreds of students who lost their classrooms over the weekend.

Late Friday night, an EF-2 tornado ripped the roof off sections of the historic school, flinging debris while flooding classrooms, hallways and filling the school’s basement with several feet of water.

At least 10 classrooms and two computer labs were destroyed.

“It’s massive. We had two buildings that sustained damage to the roof and we had significant water damage. The loss of furniture, technology, school supplies, basically anything inside the buildings,” said Polk deputy superintendent John Hill. 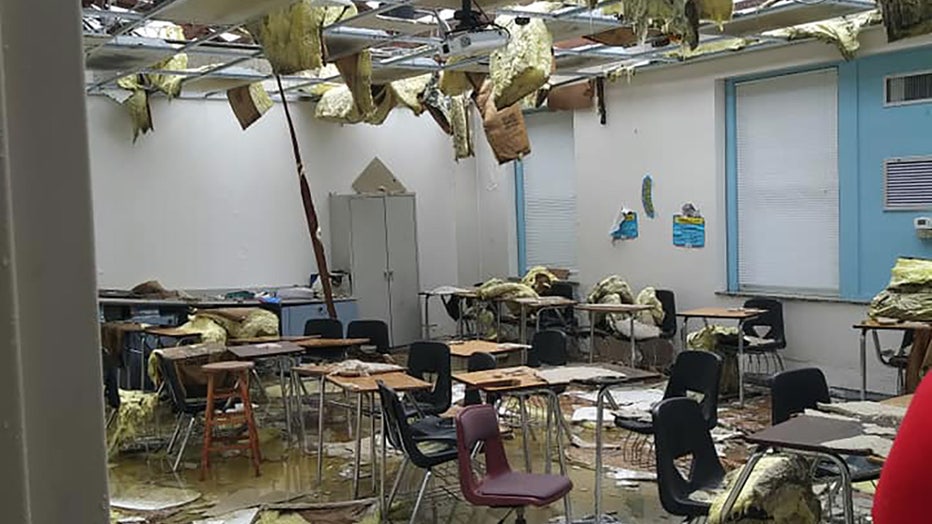 Crews have worked around the clock over the weekend to replace massive sections of roof and pump water from the historic building that’s been a cornerstone in the Kathleen community for over 90 years.

“It’s been here since 1927 so it’s been a big part of our community for many generations,” said assistant principal Bucky Day, whose daughter will become the fourth generation from his family to attend Kathleen Middle next year.

Day says tornados aren’t a total anomaly in Kathleen, but the twister produced by Tropical Storm Nestor is the strongest thing he’s ever seen whip through his hometown.

Luckily, the tornado crashed through Kathleen overnight, meaning no students were inside Kathleen Middle and in harm’s way. Hill says some custodians were on scene Friday night but were able to take cover in a safe location. 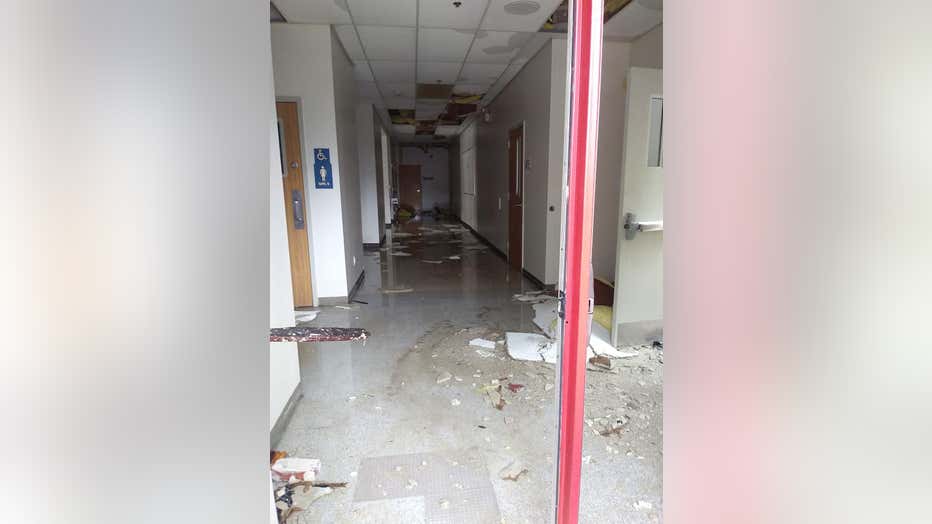 Classes have been cancelled for both Monday and Tuesday and will remain closed until further notice.

Hill says contractors estimate it will take 12 months to repair the damage to the school, but the district is working to bring in portable classrooms so that students can get back to school as soon as possible.

In the meantime, community members and fellow Polk County schools are pitching in to ensure students and teachers have what they’ll need once classroom space is available.

“The teachers put in a lot of their own money. We’re nine weeks in and everything that they had in those classrooms has been destroyed,” said Day. “Right now the big thing that’s needed are pencils, pens, paper, folders and composition books for the students. The teachers also need any type of basic classroom materials: Dry erase markers and learning boards.” 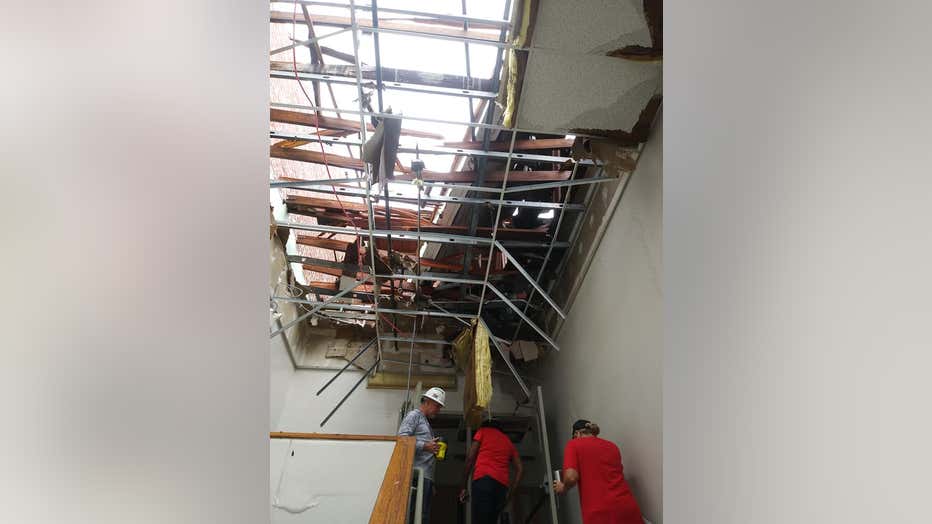 “One thing I know about this community in Polk County is that we will rally around our people. We’ll take care of each other and do everything we need to to take care of our students and their families,” added Hill.

If you’d like to help, the Polk Education Association is holding a donation drive for school supplies. Donations can be mailed to or dropped off at the PEA headquarters at 730 E. Davidson St., Bartow, FL 33830.