ST. PETERSBURG, Fla. - Dead baitfish, catfish and big game fish floating in the water near Coquina Key are causing quite a stink.

"It's just tough breathing," said Jack Pribyl, who has seen and smelled the fish from Pinellas Point. "It stinks bad and it’s coming into various neighborhoods that aren't necessarily on the water. It’s just a mess."

Pribyl said two weeks ago there was nothing, but after Elsa passed, hundreds of dead fish were left behind.

"My hope was it was going to go out. It’s either going to get worse or it’ll get better. Well, it kind of stacked it all in," he shared.

The city of St. Petersburg has cleaned up about 10,000 fish, which weighed approximately six tons. On the other side of the Bay, at Piney Point, a dead goliath grouper and a stingray washed ashore. 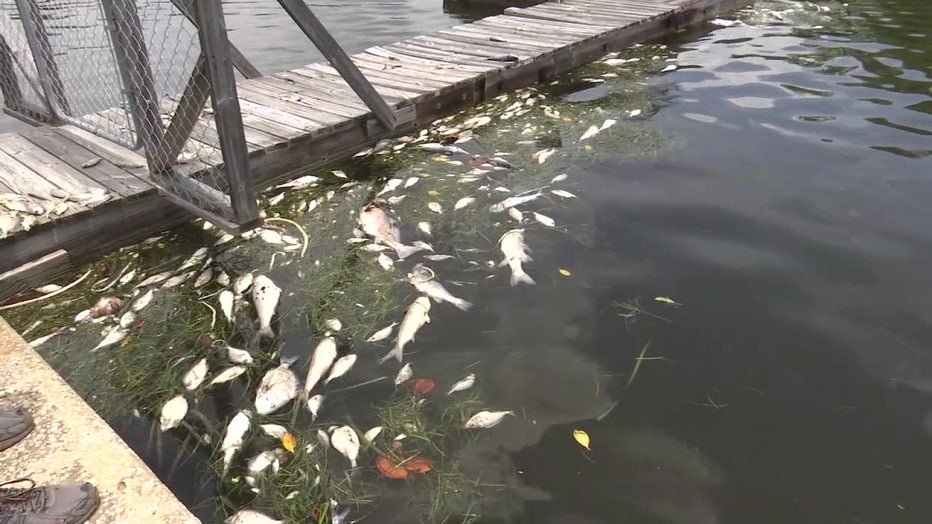 Some wondered what Elsa's force would do to red tide. Dr. Jim Ivey, an environmental science professor with USF St. Petersburg, said it could go either way.

"It can either have a mixing or a dilution where other species could out-compete the red tide and cause the bloom to dissipate," he explained. "Conversely, it could also push and concentrate the cells together. That’s how red tide cells start together."

READ What is Florida's red tide, and where does it come from?

Professor Ivey said Hurricane Katrina is credited with breaking up a bloom of red tide in 2005, but in 2004, hurricanes were thought to have pushed red tide up to the Panhandle.

"Florida red tides are like a cold," he said. "When it’s bad for everything else, it’s good for them." 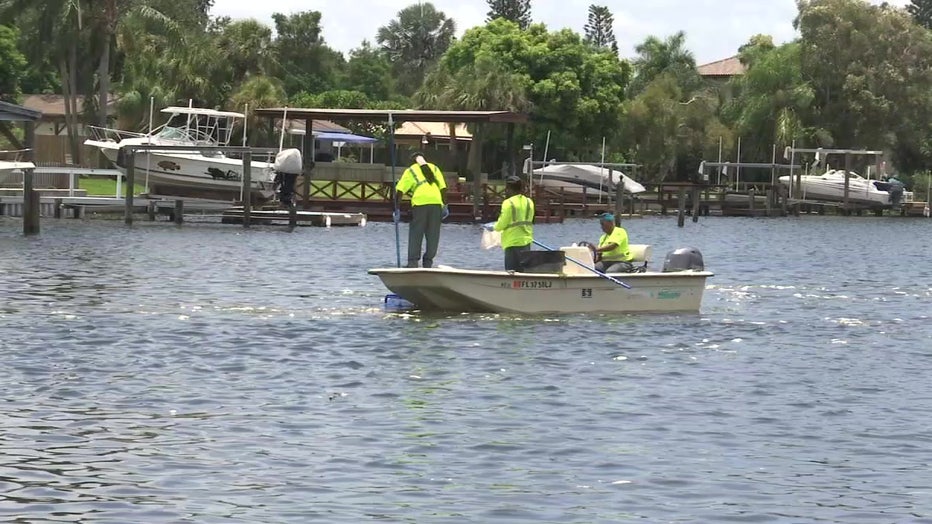 Red tide counts are high in St. Petersburg waters. It'll take additional testing from the FWC to determine Elsa's impacts, but by sight, there's a lot of dead fish.

For the latest on red tide visit: https://myfwc.com/research/redtide/statewide/.