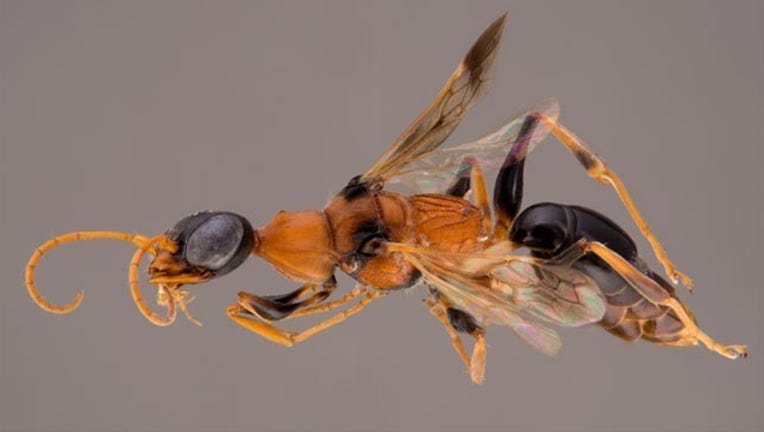 It's the stuff of nightmares – a newly-discovered wasp that turns cockroaches into zombies.

The Ampulex Dementor, named after the terrifying soul-suckers from the "Harry Potter" movies, is one of a 139 new species discovered in Asia's Mekong Delta in 2014, according to a World Widlife Fund report.

The wasp, which was discovered in Thailand, injects venom into a mass of neurons on the cockroach's belly that turns the roach into a passive zombie, according to the report. "Cockroach wasp venom blocks receptors of the neurotransmitter octopamine, which is involved in the initiation of spontaneous movement. With this blocked, the cockroach is still capable of movement, but is unable to direct its own body," the report explained.

It gets worse for the wasp's unfortunate victim. "Once the cockroach has lost control, the wasp drags its stupefied prey by the antennae to a safe shelter to devour it," the report added.

Click here for the full story from FOX News.