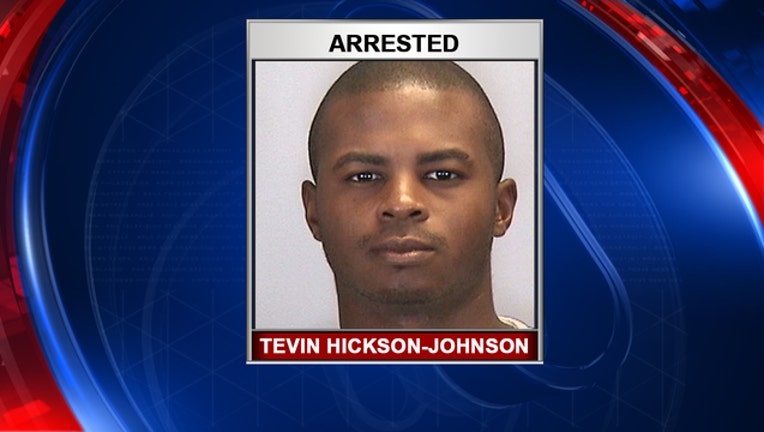 BRADENTON, Fla. - A Bradenton man is accused of fatally shooting his mother’s boyfriend.

Just after 8 p.m. Tuesday, Manatee County deputies said 23-year-old Tevin Hickson-Johnson arrived at his mother’s home on 31st Avenue East. An argument ignited between him and 54-year-old Wallace Stewart. Investigators did not specify what sparked the argument.

Soon after, deputies said Hickson-Johnson shot Wallace in the torso, and fled from the home. The suspect’s mother took the victim to Manatee Memorial Hospital. From there, he was later airlifted to Bake Medical Center with life-threatening injuries.

Before 10:30 p.m., deputies said Wallace passed away. Hickson-Johnson, who was on felony probation at the time of the shooting, was located, deputies said.

He was taken to Manatee County Jail and faces charges of murder, possession of a firearm by a convicted felon and violating parole.