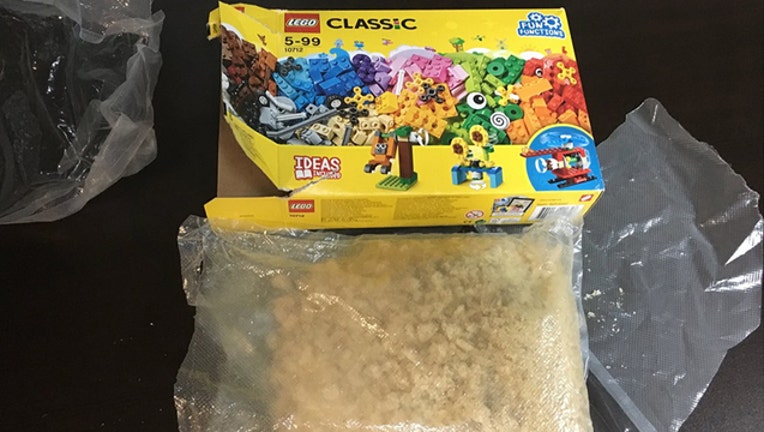 STATESBORO, Ga. (FOX 13) - A Georgia mother and her two friends bought Legos while visiting a South Carolina consignment shop, only to find that the box was actually filled with about $40,000 worth of methamphetamine.

Bulloch County Sheriff's Investigator Jim Riggs told FOX News that the group drove two hours from Statesboro, Georgia to Charleston, South Carolina to visit the store. The mother gave her child the box of Legos, but there were no Legos inside. The child opened it only to discover the three pounds of drugs.

“The methamphetamine inside of the box was vacuum sealed, and that keeps it from moving around too much and also helps mask the smell,” said Riggs. He said this was the first time his office had made such a find, “especially in this quantity.”

Deputies say the women turned the drugs over to the sheriff's office, who called in Drug Enforcement Administration agents. Riggs says authorities determined the drugs were likely mailed to the wrong address.

He says dealers often ship drugs to empty or abandoned addresses to be picked up, but United States Postal Service often won't leave packages at those sites. Instead, they're often left with a neighbor or auctioned off when unclaimed.