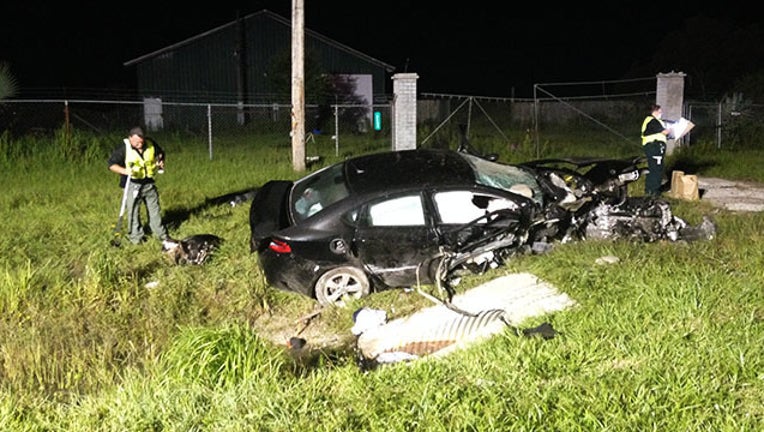 Deputies say it happened on U.S. 27 in Frostproof around 10 p.m. and involved a black, four-door 2015 Dodge sedan.

Crash investigators say the car was heading south when it suddenly lost control.

Deputies are now looking for another car that may have been in the area at the time. They believe it was a ‘90s model black Honda, and say they are not sure the car was involved, but they’d like to question the driver.

They ask anyone with information on the crash, or the driver of the black Honda to contact the Polk County Sheriff’s Office.