PINELLAS PARK, Fla. - For most families in Florida, taking the duty off diapers is no laughing matter.

Starting in July, diapers and some other items will be tax-free in the sunshine state, and parents say – it’s not a minute too soon.

Removing such taxes has been in the works by the Florida Legislature for years but has never passed before. This year’s state budget got it over the finish line.

The average family spends about $1,000 a year on diapers and one in three families can’t afford that, according to state data.

"This tax decrease for them and eliminating the tax is huge," said Torrie Jasuwan, who runs the Babycycle Diaper Bank. "Parents are spending so much on so many things, from daycare to now-high gas prices to now food and formula that they really need a break when it comes to these items they have to buy which are already almost $80 a month per child." 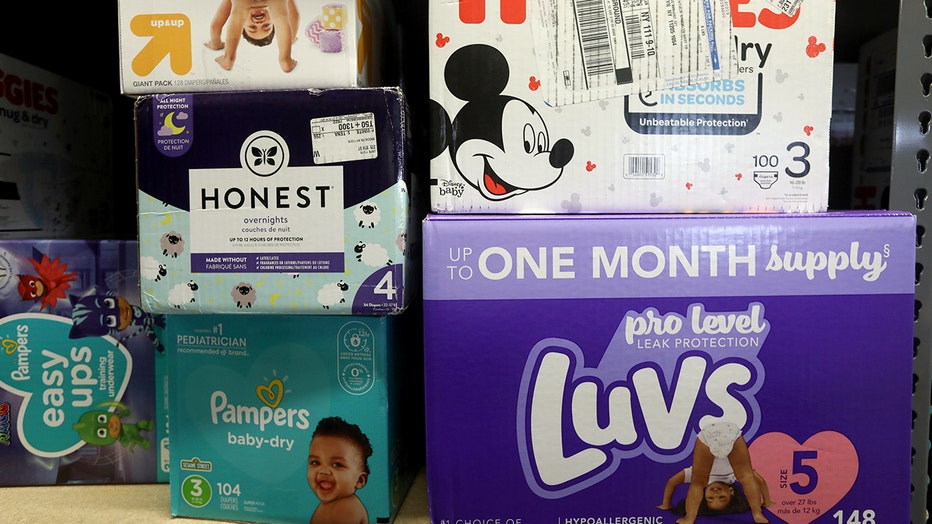 The break in taxes includes single-use and reusable diapers, inserts, and clothing and shoes for kids five and younger.

Jeannette Ringeisen has been a foster mom for 20 years. She says she goes through about 25 diapers per day as she takes care of twin two-month-olds and a 16-month-old.

"They go through them fast with little ones. We’re limited with incomes and such. So, it’s going to give us a little bit extra," she said about the removal of taxes on diapers.

Every year since 2016, the Florida Senate has filed a bill to remove diaper taxes, to no avail. But Monday, it was pushed through as a part of the passage of the state’s budget.

The tax exemption will go into effect July 1 and will last a year. It includes baby and toddler clothing, as well.

It does not include adult incontinence products.