LAKELAND, Fla. - Some of the parking spaces in downtown Lakeland may soon become so-called parklets, a parking space that has been turned into a public outdoor space.

Lakeland’s Downtown Development Authority is considering converting half a dozen parking spaces in front of restaurants into places where patrons could eat.

The city would build a semi-permanent platform surrounded by a barrier where the restaurant could put out tables, chairs, possibly an umbrella, plants and decorations.

“It just adds more vibrancy to the sidewalk,” said Lakeland Downtown Development Executive Director Julie Townsend. “People want to be in a place that has energy and vitality.”

As a result, Townsend says the parklets would help the entire downtown, not just the business they are in front of. 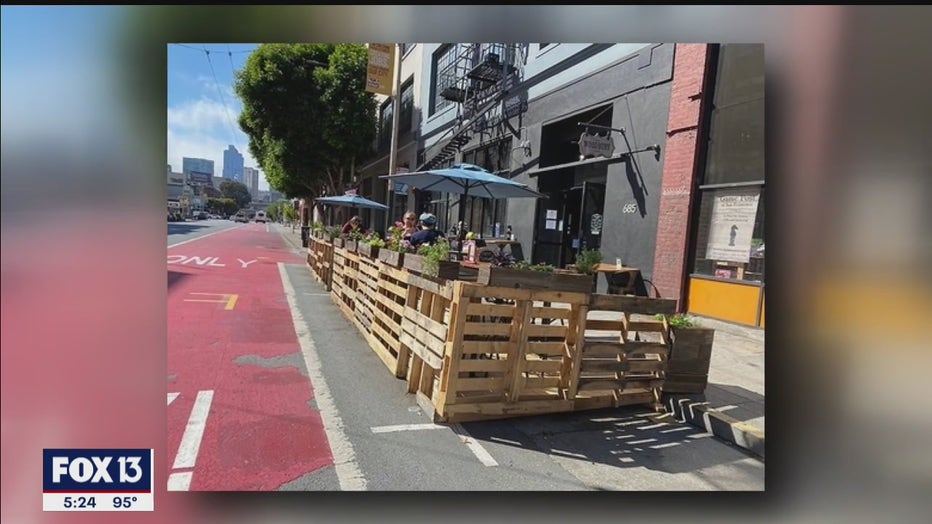 Right now, the authority is polling downtown businesses to see if they think parklets are a good idea.

Tim Calhoon, whose family owns Fresco’s Southern Kitchen and Bar, is a proponent.

Creating parklets would reduce the number of parking spots downtown, but Townsend says that shouldn’t be a problem because the city just built a multi-story parking garage nearby. 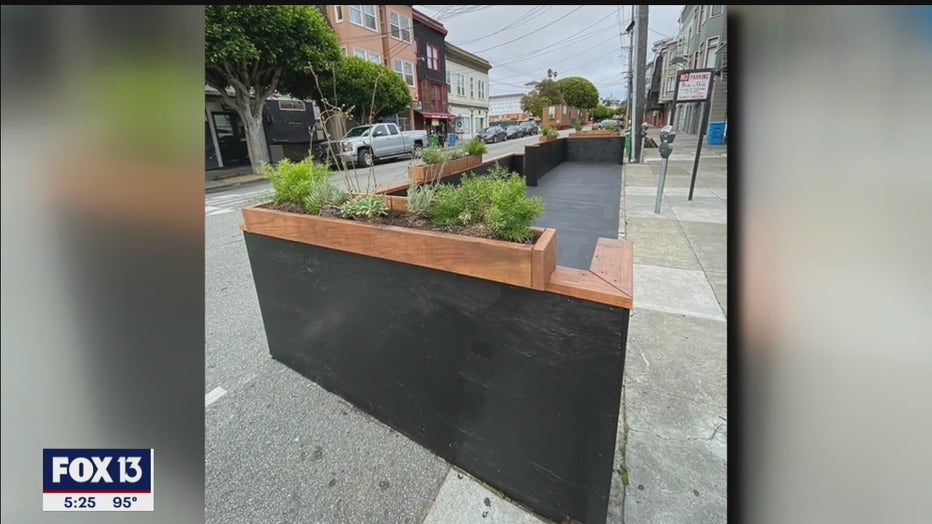 Some business owners say the time is not right and want the city to hold off. But the biggest concern is safety.

It’s unclear if the city or business owner would be liable if a car crashed into a parklet.

Lakeland city commissioners are expected in a few weeks to consider constructing a limited number of parklets.