Driver takes off after hitting pedestrian

Surveillance video shows the moments leading up to a crash that killed a pedestrian in Tampa Thursday night. Viewer discretion is advised.

TAMPA, Fla. - Deputies are looking for a driver who hit a pedestrian on Bearss Avenue Thursday and then took off.

The pedestrian was taken to the hospital where he later died.

Deputies were called to the scene, at the intersection of E Bearss Ave. and N 22nd Street, just before 10 p.m.

One shows the man walking north across Bearss Ave. The headlights of a westbound vehicle are visible about a block away.

The second shows the pedestrian being hit and thrown several feet, to the side of the roadway. 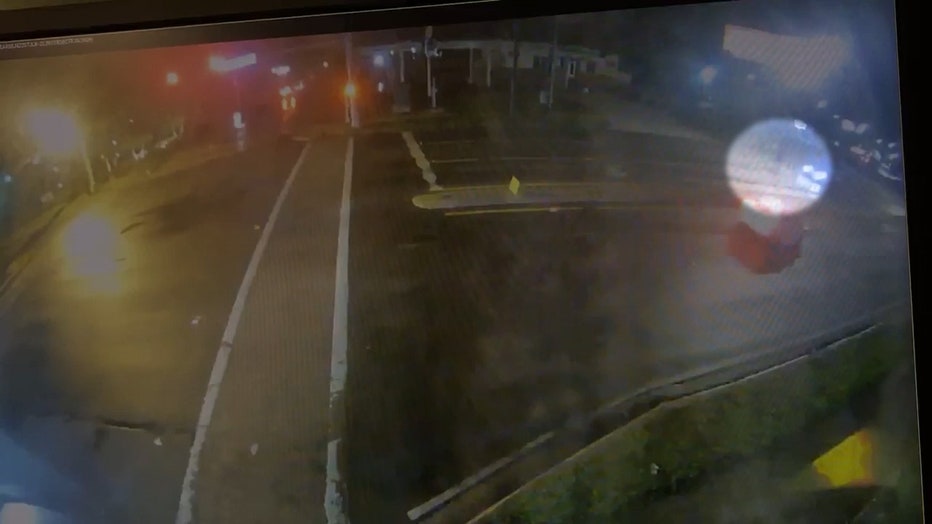 The vehicle does not appear to slow down as it approaches the man. After the collision, the gray or silver vehicle continues west on Bearss Ave. without stopping.

Detectives hope anyone who witnessed the crash or was in the area at the time of the crash to call 813-247-8200.

The pedestrian was not being identified publicly, pending the notification of his family.