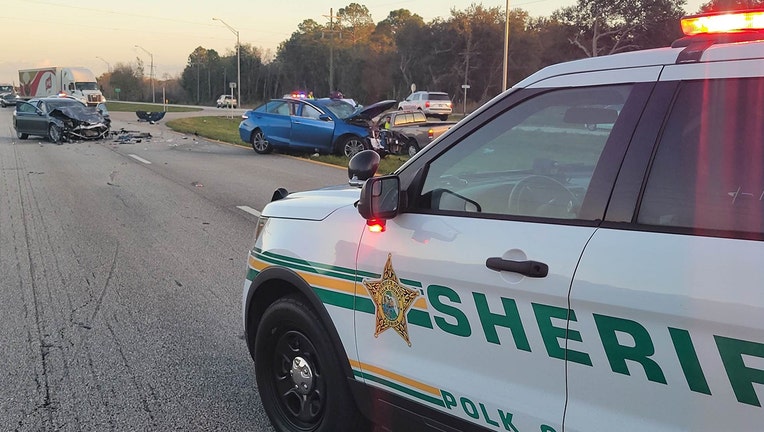 The sheriff's office received a 911 call reporting the crash around 4:23 p.m. When deputies arrived at the crash, which occurred on State Road 60 near Silvio Road.

Based on preliminary evidence, it appears that Amanda Shryock of Eustis exited a driveway from the North Walk-In-Water Creek Park on the north side of SR-60. Then, investigators said she attempted to cross both westbound lanes toward the median when she entered the path of a gray 2016 BMW 740i. The BMW driver was heading west and was unable to avoid crashing into Shryock's Toyota Camry.

Deputies said Shryock was found dead inside her vehicle. She was the only person inside.

Officials said the BMW driver didn't appear to show any signs of impairment. They are still investigating whether Shryock was impaired or speeding.