TAMPA, Fla. - With 'safer at home' orders in place, roadways in Florida are a lot less busy. The governor wants to take the opportunity to speed up critical road projects across the state.

On Wednesday, Governor Ron DeSantis directed the Florida Department of Transportation to accelerate its timeline for the $864-million Howard Frankland Bridge project by nearly a month.

“We have roads that if you were to do a lot of construction on, it would cause massive traffic in normal situations and that may not be the case now,” the governor said.

DeSantis called for projects across the state to be fast-tracked; more than $2-billion-worth of road construction projects, in total. 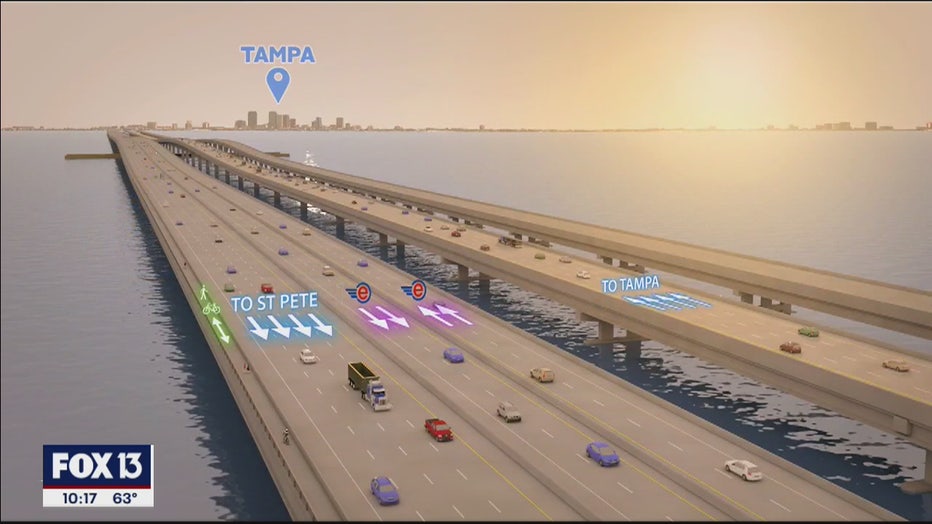 “You have the ability to operate a long time during the day, you can close down more lanes because the traffic wasn’t what it was and you can really start to make progress on some of these key projects,” said DeSantis.

This spring, workers will lay the groundwork to build new southbound lanes on the Howard Frankland Bridge with four general-purpose lanes, pedestrian lanes, and express lanes.

When all is said and done, the existing southbound lanes will convert to northbound, and the old bridge will be demolished.

It’s a massive rebuild spanning six years, so the shortening of the timeline is relatively small. While a lot of work remains ahead, the state says the extra 4 weeks will allow workers to make the most of a difficult situation.

“I know for the Floridians who have been in any of those areas that would be a welcome change to accelerate and make those infrastructure improvements,” the governor said.