TALLAHASSEE, Fla. - If Ron DeSantis decided to make a presidential run, he would have to resign as Florida's governor under current state law, especially because the presidential term begins in 2024. He would still have two years left to serve as governor.

Some state lawmakers, though, said he should be able to run and work at the same time. They're considering changing Florida's "Resign-to-Run" law.

It's one of many other issues on new Florida House Speaker Paul Renner's agenda for this legislative session. 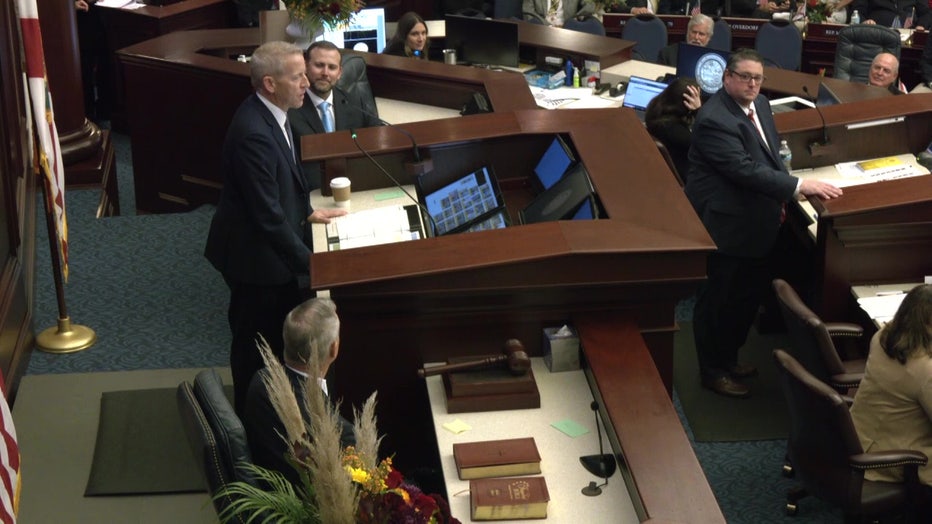 "I would like to make sure our governor has the opportunity to pursue that if he chooses and not necessarily have to leave the governorship if he's not successful," he said.

Florida statute 99.012 (4) (a) currently says, "Any officer who qualifies for federal public office must resign from the office he or she presently holds if the terms, or any part thereof, run concurrently with each other."

PREVIOUS: DeSantis team has a warning about 'Ron to the Rescue' PAC as 2024 speculation intensifies

The next presidential term starts in 2024, two years before Gov. DeSantis' term is up in 2026. Under current state law, this would mean he'd have to resign to make a run for president and risk not having a job to come back to if he were to lose. 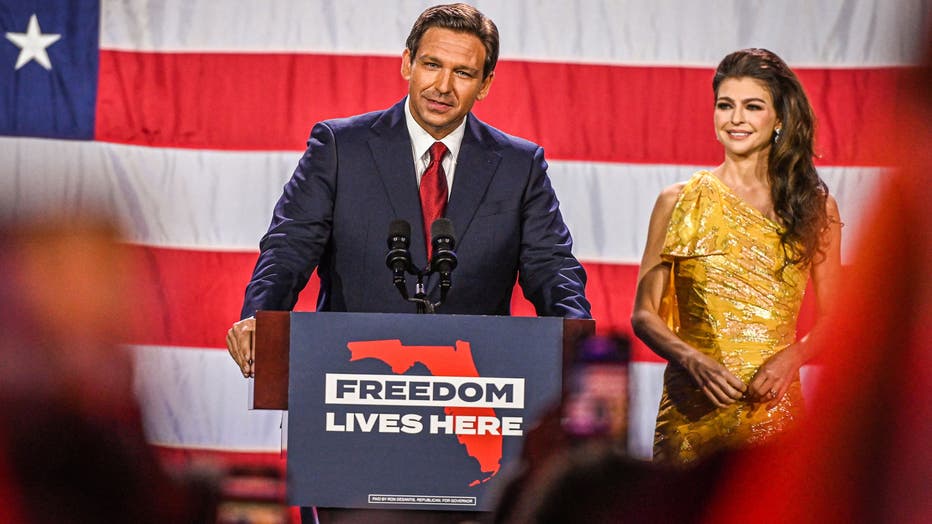 Republican gubernatorial candidate for Florida Ron DeSantis with his wife Casey DeSantis speaks during an election night watch party at the Convention Center in Tampa, Florida, on November 8, 2022. - Florida Governor Ron DeSantis, who has been tipped

"What the state law is telling you is if you are a state official, you can not continue to be a state official while running for another office, including a federal one," said Stetson University law professor Louis Virelli.

This would not be the first time this law catered to the aspirations of a particular governor. In 2008, Charlie Crist agreed to a change that would have allowed him to be John McCain's running mate.

Two years later, it was reinstated, under the guise that it would make for fewer special elections. 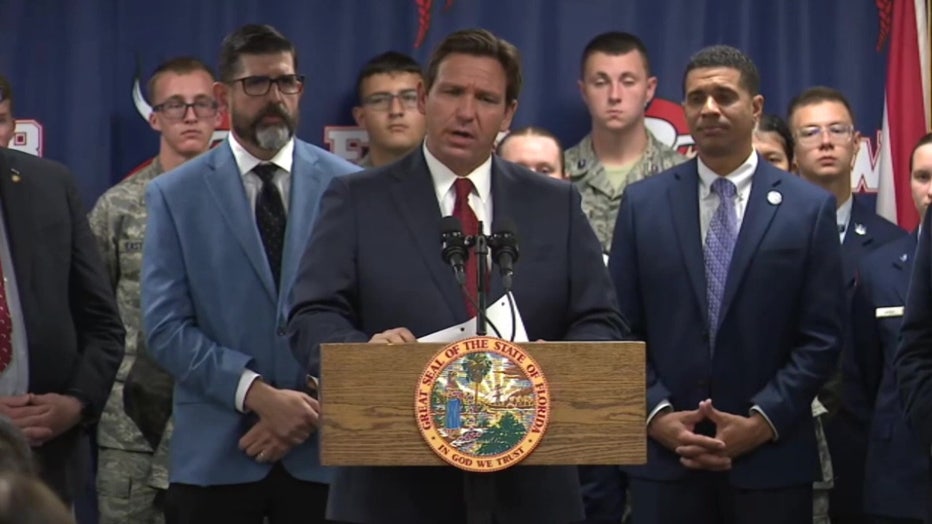 "Laws are made to be the guidelines for how we operate," said State. Rep. Fentrice Driskell, the new leader of house Democrats. "If you can just change it based on what you want to do for a friend, where is the fairness in that?"

The law does allow for certain exceptions, like for those already holding federal office. Thus, no resignation was required for Sen. Marco Rubio when he ran for president in 2016.

It also allowed for former Gov. Rick Scott to remain in power until he took office as a senator, because the terms didn't overlap.

Speaker Renner admits this would be a law crafted solely for one man.

"We have been all over the map," he said of state legislators. "We need to be very honest with people that we have been back and forth on this issue depending on what suited us politically at the time."