What a 2024 Trump campaign means for politics

PALM BEACH, Fla. - Former President Donald Trump stood at a podium in Mar-a-Lago to launch his third campaign for the White House on Tuesday, looking to move on from disappointing midterm defeats and defy history amid signs that his grip on the Republican Party is waning.

He told a room packed with supporters at Mar-a-Lago that the campaign would be "all of ours."

MORE: Who will Donald Trump pick as vice president? Here are some possible nominees

Trump had hoped to use the GOP's expected gains in last week's elections as a springboard to vault himself to his party's nomination by locking in early support to keep potential challengers at bay.

At Mar-a-Lago, Donald Trump announced a third bid for the White House.

Instead, he now finds himself being blamed for backing a series of losing candidates after disappointing results in which Democrats retained control of the Senate and House control remains too early to call.

Another campaign is a remarkable turn for any former president, much less one who made history as the first to be impeached twice and whose term ended with his supporters violently storming the U.S. Capitol in a deadly bid to halt the peaceful transition of power on Jan. 6, 2021.

Just one president in U.S. history has been elected to two nonconsecutive terms: Grover Cleveland in 1884 and 1892.

Trump is also facing a series of intensifying criminal investigations, including a Justice Department probe into the hundreds of documents with classified markings that were discovered in boxes and drawers at his Mar-a-Lago club.

Aides and allies had urged Trump to wait until after the midterms were over — and then until after a Dec. 6 Senate runoff election in Georgia — to announce his plans. But Trump, eager to return to the spotlight, is also hoping to stave off a long list of potential challengers, including Florida Gov. Ron DeSantis, who cruised to reelection last week and is now being urged by many in his party to run for president a well.

In a long statement released on social media, former President Donald Trump criticized Gov. Ron DeSantis as 'ungrateful' and accused him of playing games about a possible presidential run in 2024.

RELATED: Donald Trump files paperwork with FEC to run for president again in 2024 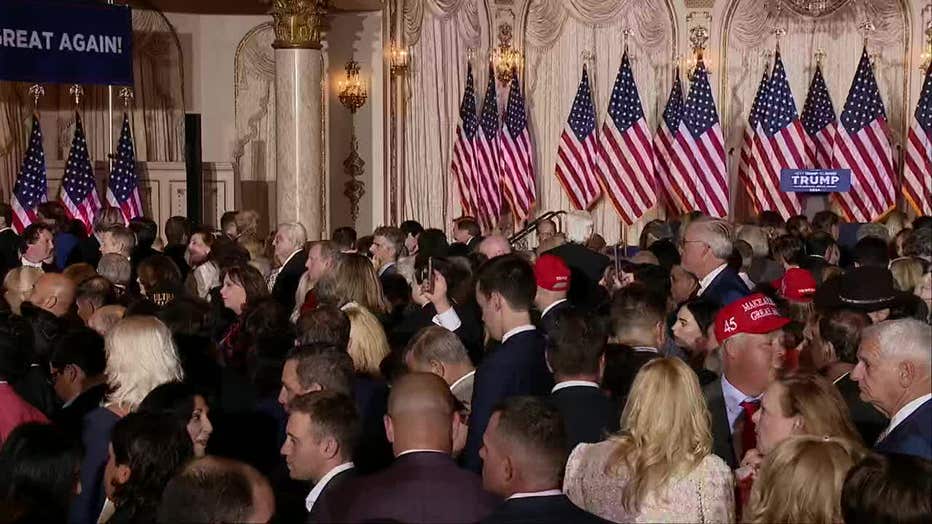 However, Trump has received the brunt of criticism for elevating candidates in states like Pennsylvania and Arizona who were unappealing to general election voters because they embraced his lies about 2020 election or held hard-line views on issues like abortion that were out of step with the mainstream.

While Trump has the backing of the No. 3 House Republican, Rep. Elise Stefanik, others were already moving on.

MORE: Rick Scott announces plan to unseat Mitch McConnell as the top Republican in the Senate

Asked whether she would endorse Trump in 2024, Republican Sen. Cynthia Lummis of Wyoming told reporters Monday: "I don’t think that’s the right question. I think the question is, who is the current leader of the Republican Party?"

Asked who that was, she replied: "Ron DeSantis." 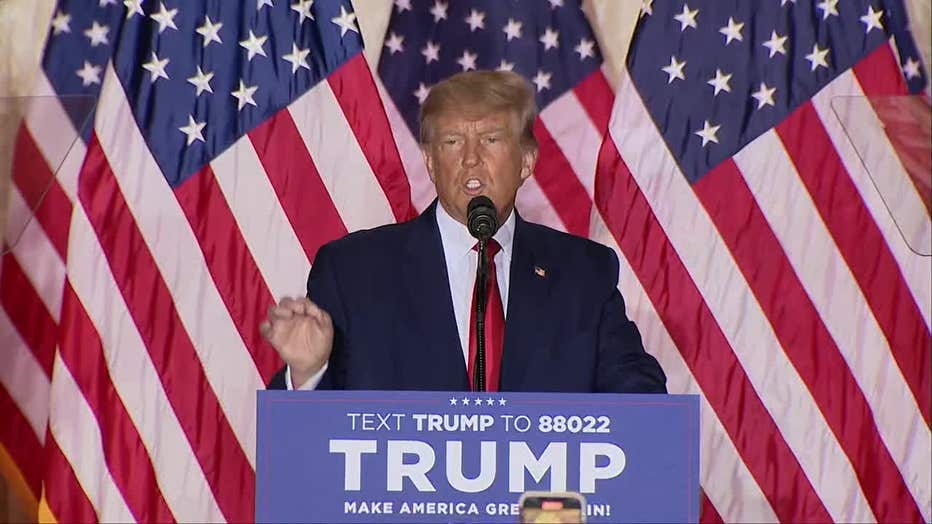 Sen. Mitt Romney, R-Utah, a longtime Trump critic, compared Trump to a pitcher who keeps losing after GOP disappointments in 2018, 2020 and now 2022.

"He’s been on the mound and lost three straight games. If we want to start winning, we need someone else on the mound. And we’ve got a very strong bench that can come out," Romney said. "I know, there’s some fans that love him. Just like, you know, an aging pitcher, they’re always fans that want to keep them there forever. But if you keep losing games, try to put some new players on the field."

The FBI raided the Mar-a-Lago Resort in Palm Beach County on Monday. Officials said agents were looking for any potentially classified documents that former President Trump may have taken from the White House during his tenure. This all comes as Trump faces legal issues on multiple fronts.

Others expressed concern that Trump’s announcement would be a distraction from the Georgia race and urged potential candidates to focus there.

"What’s really important for anybody who wants to be a 2024 candidate is to help us right now in 2020 to finish the cycle by winning the state of Georgia," said Sen. John Thune, R-S.D.

"We obviously had higher expectation in the Senate, which didn’t pan out. I think there are a lot of different things that contribute to that," Thune added. "But I do think that, you know, folks who were unduly focused on the 2020 election, that’s not a winning strategy with independent voices."

Even the former president’s right-flank allies in the House Freedom Caucus kept their distance ahead of Trump's announcement.

"I am focused on what’s happening here," said Rep. Scott Perry, R-Pa., the Freedom Caucus chairman, as lawmakers returned to Capitol Hill on Monday. "I’m just not paying attention to any of those things, so I don’t want to comment on that."

Meanwhile, in Utah, 86 Republican lawmakers on Monday sent out a news release urging DeSantis to run, reflecting dissatisfaction with having Trump as their party’s standard-bearer. The state’s Mormon majority has long been skeptical of Trump’s isolationism and foul language.

And in Michigan, Paul Cordes, chief of staff of the Michigan Republican Party, penned a four-page internal memo that criticized Trump-backed candidates for "statewide sweeps" that will give Democrats full control of the state's government for the first time in 40 years. That includes Tudor Dixon, who lost the governor’s race to Democratic incumbent Gretchen Whitmer by double digits.

Trump, Cordes wrote, was "popular amongst our grassroots and a motivating factor for his supporters, but provided challenges on a statewide ballot, especially with independents and women in the midterm election."